Some New Affordable Housing is Coming to Mississauga 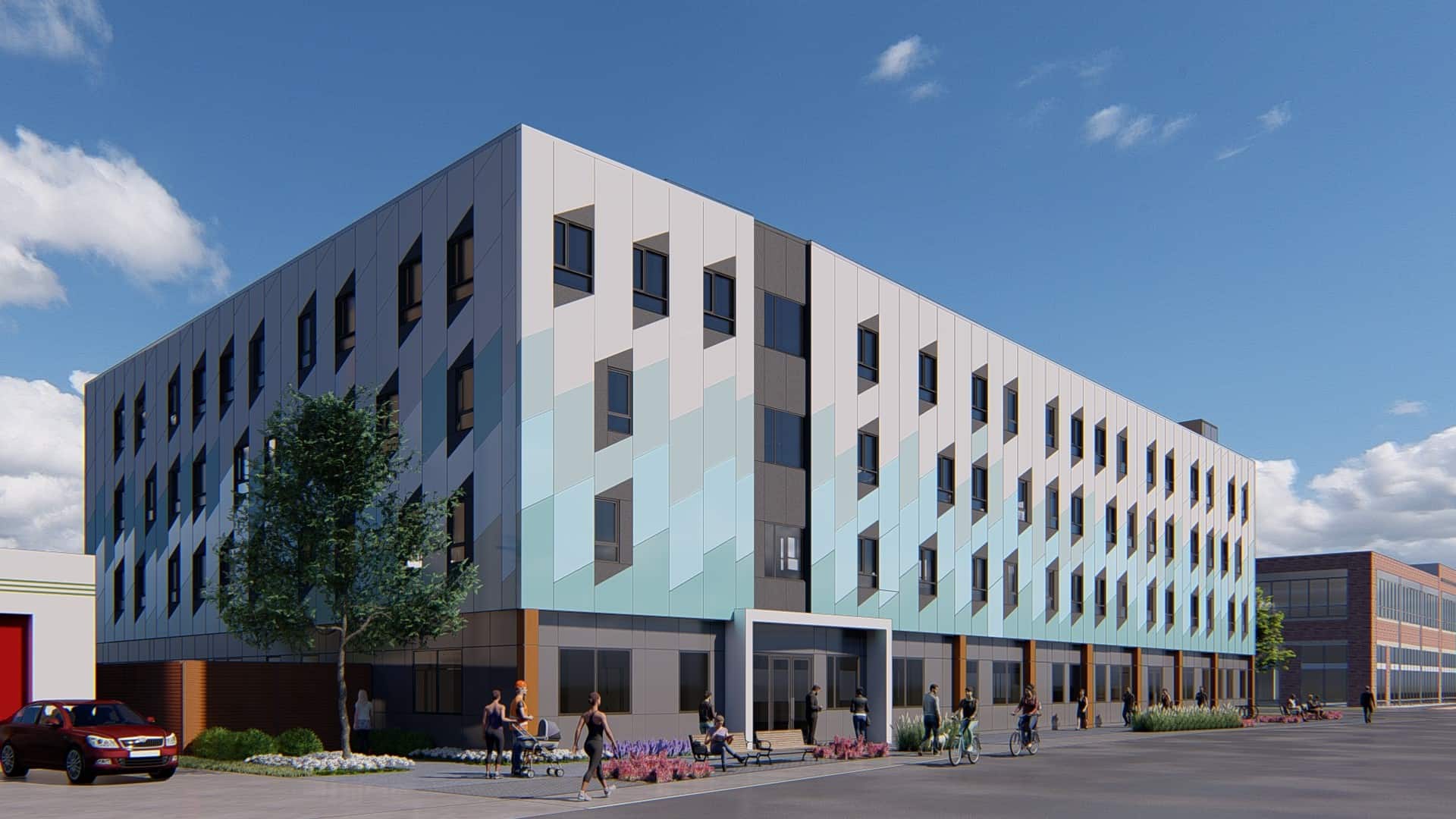 As Mississauga continues to develop, there are places in need of more affordable housing around the city. A recent development approved by the city’s minor variance committee will result in just that type of housing.

The location is at 425 Lakeshore Road East, an old repair garage across the street from a Beer Store and Metro. One of the last known usages of this property was serving as the campaign office for former MPP Charles Sousa when he was running for reelection in the 2018 provincial election.

This property had actually been purchased back in 2017 by Indwell Community Homes, a non-profit that builds and operates Christian based affordable housing communities. On their website, Indwell says they support over 500 households in Hamilton, Woodstock, Simcoe and London.

Peel Region approved funding for this project back in July of 2018, with the aim of construction starting this year in the fall. When completed, the development is supposed to look like this: 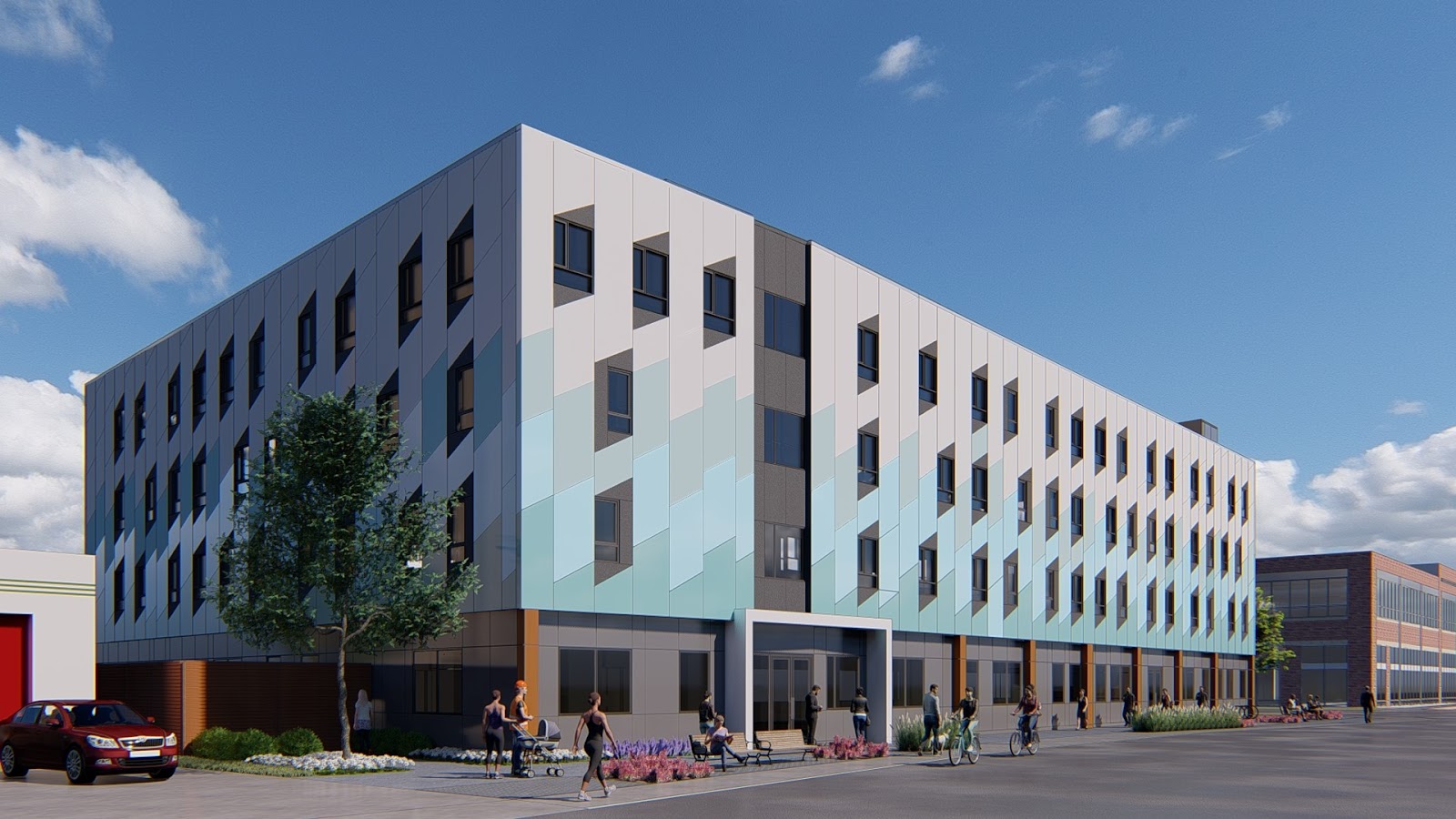 The plans are to build a four-storey mixed-use project with 68 affordable housing units. Other additions the applicant requested at the Committee of Adjustment include 26 parking spaces, a food bank as an accessory, a landscape buffer of 2.7 metres and an interior side yard of 1.2 metres.

Access to the L shaped building will be through Enola Avenue, with average rents expected to be around $500 per month. The applicant also indicated the ground floor will be for commercial use with the remaining floors above being the residential units.

Transportation was touted as another advantage of setting up this development in this area, with the proximity to a Mississauga transit station and the building itself will provide for bicycle storage.

Since there was going to be the presence of a food bank along with residential units, there were some concerns raised about parking in the area. But a representative from the Compass (which also operates as a food bank) said they had never had more than 14 vehicles parked in their area on a given day.

Overall, there was no further use for this old repair garage, and it’s close to a variety of amenities so putting affordable housing in this part of Mississauga that’s accessible via public transit and cycling.

What do you think of this new affordable housing building?