Some Mississauga Parks Getting Major Facelifts 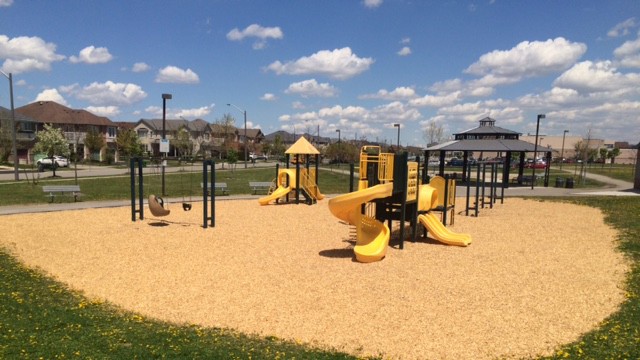 On Friday, March 3, Navdeep Bains, Minister of Innovation, Science and Economic Development and MP Mississauga-Malton, announced the sizeable investment at the South Common Community Centre. He also announced that the Credit Valley Conservation Foundation will receive up to $39,492 under the Canada 150 Community Infrastructure Program (CIP 150).

“On behalf of the city of Mississauga and Council, I want to thank the Government of Canada for investing in our municipality’s promising future,” said Mississauga Mayor Bonnie Crombie in a statement. “The Canada 150 Community Infrastructure Program helps cities rebuild and improve local playgrounds, trails and public services. These investments enhance the quality of life for families, seniors and all residents. The funding also offers an opportunity for Mississauga to complete projects of historical significance, recognizing Canadian heritage, during the celebrated occasion of Canada 150.”

Canada’s 150th birthday has been a boon for cities looking to boost their profiles by improving and rejuvenating their public spaces.

According to the government, the 29 projects are part of over 350 CIP 150 projects approved in southern Ontario under the program’s second intake.

“With the addition of $44.4 million in supplementary funding announced in Budget 2016, the total CIP 150 allocation for southern Ontario, being delivered by FedDev Ontario, is up to $88.8 million,” the government said in a release. “Over 730 projects have been approved under both intakes.”

Ideally, the projects will allow Canadians to enjoy such upgraded facilities as parks, trails, cultural and community centres.

As for what Mississaug parks will be upgraded, the investment should make its way to Osprey Marsh (expanding the trail), Allison’s Park, Brentwood Park, Burnhamdale Park, Syed Jalluddin Park, Cherry Hill Park, the South Common Community Centre and more.

The funding will also help make playgrounds more accessible through the installation of suitable swings and wheelchair transfers to play structures. Existing trails will be repaired and improved and the South Common Community centre’s customer service desk will be modernized to include safety and accessibility features.

With spring just around the corner, this no doubt comes as good news for people hoping to make the best of the city’s parks over the next few months.