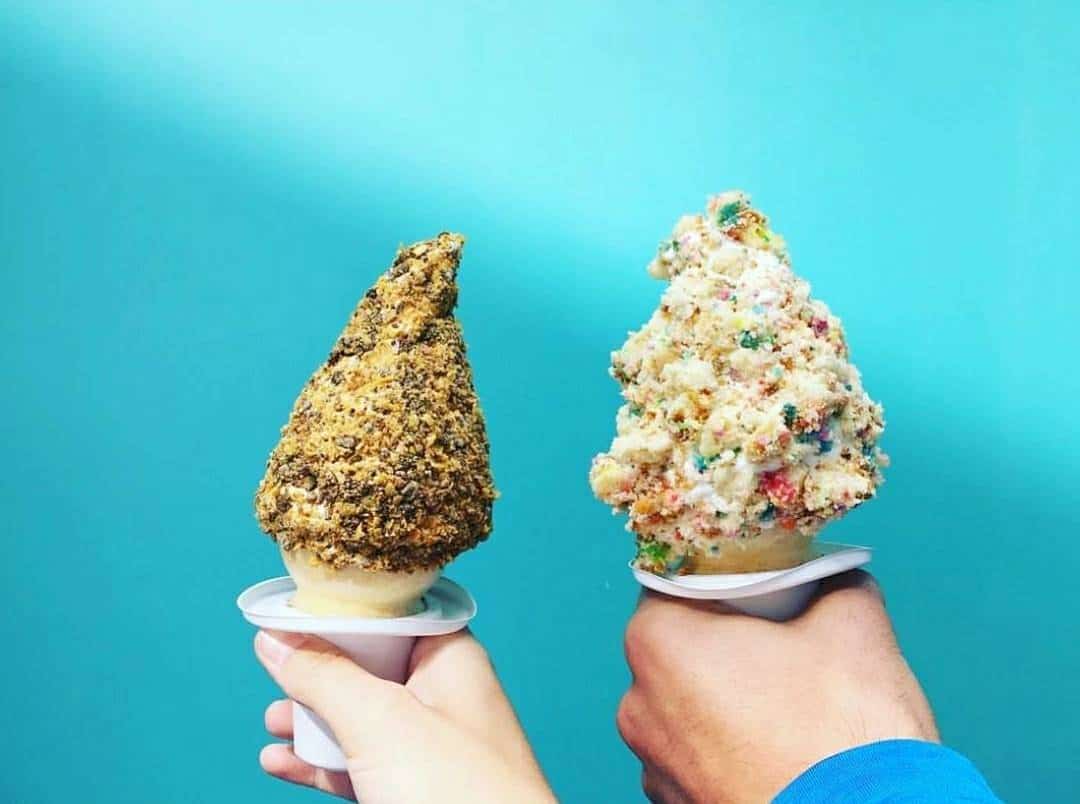 You might have Instagrammed one of their aesthetically pleasing concoctions, stood in line for hours at their Toronto location, and eaten their massive ice cream portions as a meal replacement, but you might not (or perhaps you have) have thought twice about their name.

In the wake Instagrammable Canadian ice cream hotspot Sweet Jesus’s major expansion across Ontario, into Alberta, and into the U.S., some devout Christians in America are extremely offended by the shop’s name and marketing practices.

Some have coined the brand as blasphemous, while others are going so far as to call it satanic, and others still are saying it contains disturbing images of children.

The marketing surrounding Sweet Jesus is based on satanic symbolism combined with children in creepy and questionable situations. https://t.co/5zz6grfLxz pic.twitter.com/A2DX18WMyC

As of Monday March 26, almost 500 people have signed a Change.org petition calling for Sweet Jesus to change its name and “Remove offensive Antichrist imagery immediately.”

“We, as Christians are deeply offended by the name of a new Ice Cream chain of stores calling themselves Sweet Jesus,” said organizer Ian O’Sullivan on the page. “This is a mockery of taking the Lord’s name in vain and also highly offensive to Christians. The imagery used to promote the brand is also anti-Christ and therefore anti-Christian, for example, using upside down crosses on the labels of the ice cream cups.”

Another petition on Life Petitions also calls on Christians to boycott the chain. This petition has reached almost 2,000 signatures.

“One ad on the company’s website shows a Nativity Scene, but instead of Baby Jesus, there’s an ice-cream cone,” says the petition. “Many of their ads are replete with cherished Christian and Catholic symbols that are used to mock faith, including a rosary, a crucifix with a corpus, and angels.”

Yet another petition has garnered almost 10,000 signatures on CitizenGo, calling the brand “offensive and revolting,” and its marketing “hate speech.”

“The message is clear: ‘Sweet Jesus’ is all about trashing Christianity and mocking the saving work of our Lord Jesus Christ,” reads the petition.

Sweet Jesus has noticed the backlash.

“Our name was created from the popular phrase that people use as an expression of enjoyment, surprise or disbelief,” says Sweet Jesus’s website.

“Our aim is not to offer commentary on anyone’s religion or belief systems, Our own organization is made up of amazing people that represent a wide range of cultural and religious beliefs.”

Currently, one Sweet Jesus location is open in the U.S. in Baltimore, Maryland, but the shop is expanding quickly, with plans to open more stores soon across the continent.

What do you think of the controversy?