Some Alarming Facts About Poverty and Income in Mississauga

With the holiday season fast approaching, more attention will likely to be paid to vulnerable members of the community—and that's a good thing when one considers that more and more people are struggling to live on lower incomes in Mississauga.

According to a recent Vital Signs 2018 report, a publication released by the Community Foundation of Mississauga, 14.4 per cent of Mississauga residents are living on a low income.

"While average and median incomes continue to rise in Mississauga, the number of those living in poverty also continues to rise. Currently half the population is making above $28,899 a year and the other half is making less," the report reads. 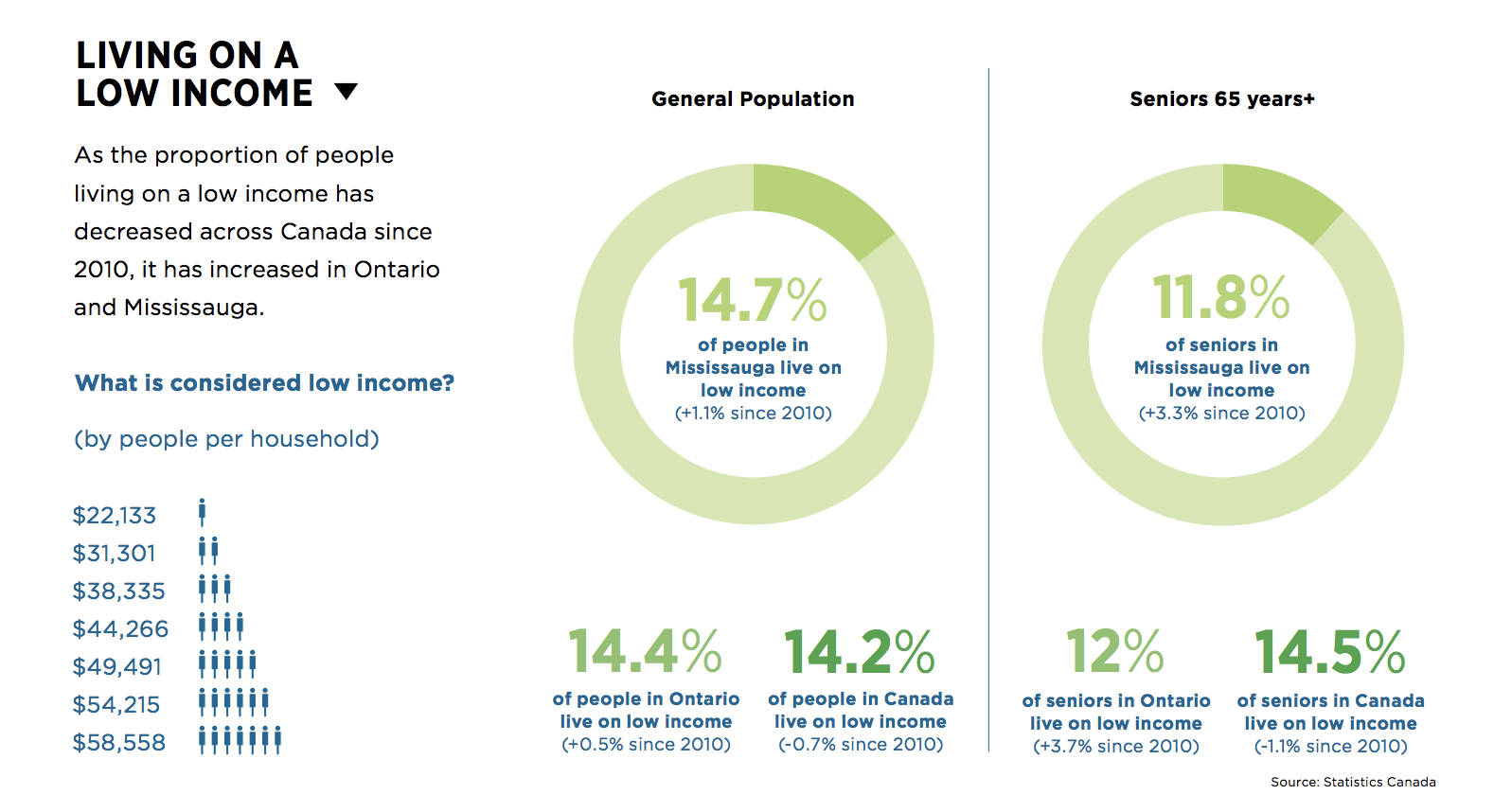 The report finds that while the proportion of people living on low incomes in Canada has decreased since 2010, more people are struggling with financial insecurity in Mississauga.

As for what's considered a low income, the report says an individual is earning a low income if they're earning $22,133 a year or less. Households with two people are more likely to struggle on an income of $31,301 a year. A household with four individuals is considered a low-income household if the residents only bring in $44,266 a year in total.

A household of seven individuals is considered a low-income household if members bring in a total of $58,558 a year.

Poverty in Mississauga has been the subject of much focus and debate in recent years, with the City of Mississauga moving to implement its own Making Room for the Middle affordable housing plan geared towards middle-class residents who are being priced out of the municipality.

The Face of Hunger in Mississauga, a 2018 report from the Mississauga Food Bank, recently revealed a 52 per cent increase in seniors accessing food bank services over the last two years. 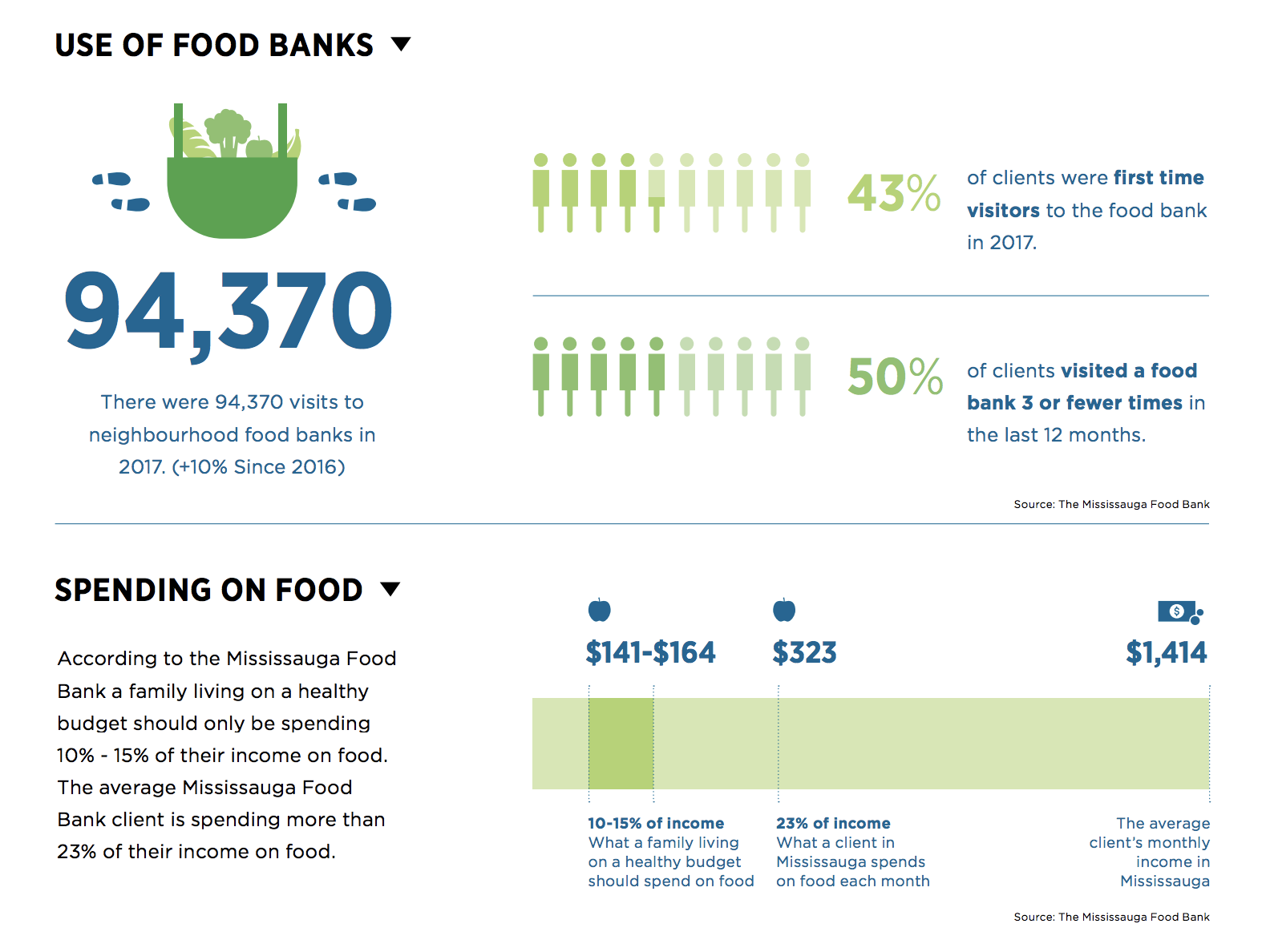 The same report points out that, in the last year, The Mississauga Food Bank recorded an 18 per cent increase in the number of residents accessing their network--something the organization is calling an unprecedented jump in the organization’s 32-year history. 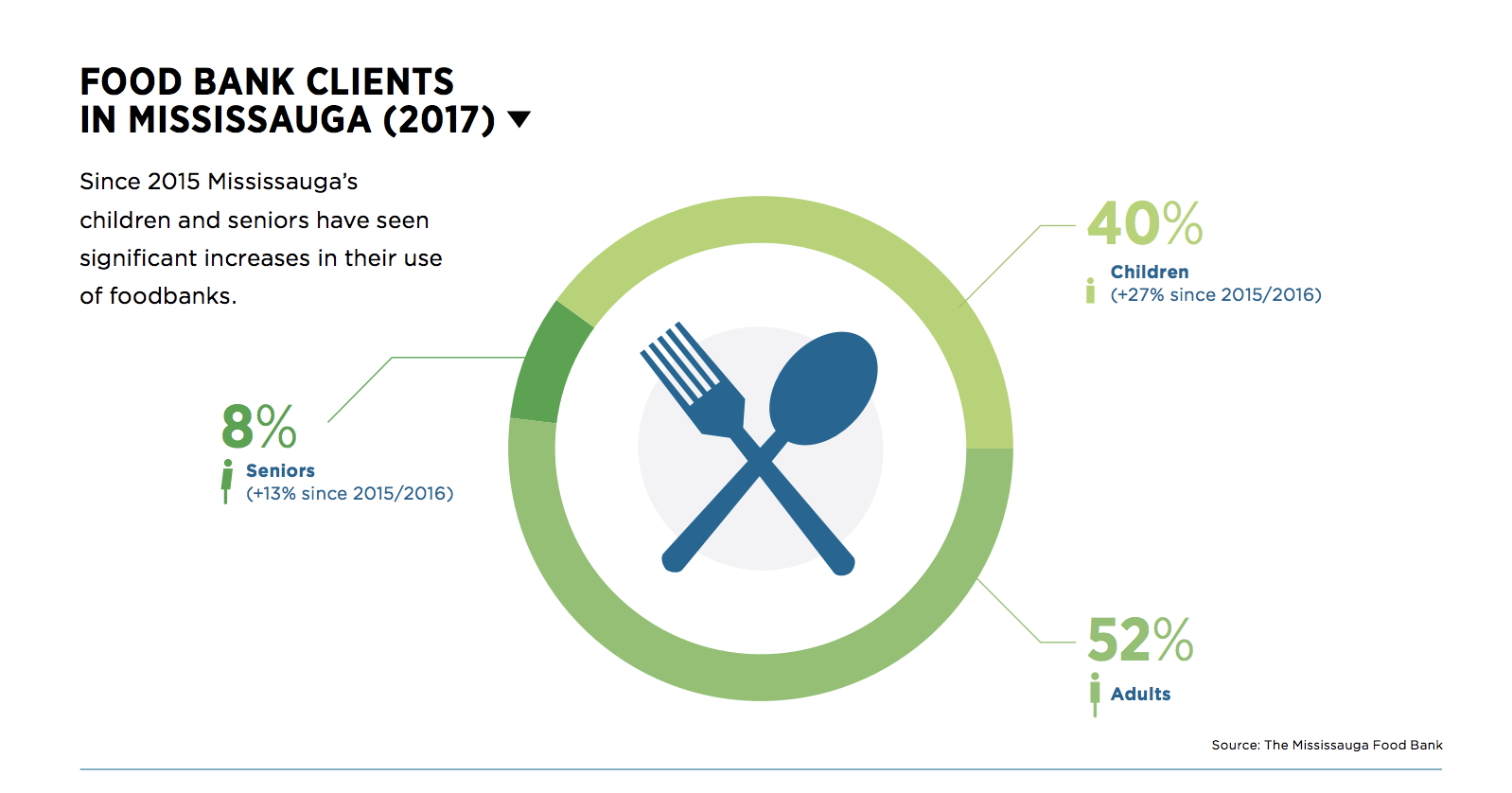 While Mississauga remains a fairly prosperous city, many residents—including those who earn middle-income salaries—are struggling to afford housing in a city where the median home price has, according to real estate website Zoocasa, hit $734,901.

According to recent numbers released by the Toronto Real Estate Board (TREB), the entire 905 region boasts expensive housing.

"Affordable housing is crucial to the success of Mississauga and its people. Poverty levels in the city are already rising. The cost of housing in Mississauga has nearly doubled in the last seven years, stretching family budgets," the report reads.

"Rental vacancy rates have been cut in half. Living in the city is becoming unaffordable for many. The Canadian Mortgage and Housing Corporation (CMHC) suggests a healthy household budget utilizes 30 per cent of its income on housing including property taxes and utilities. As the cost of living rises at a higher rate than incomes, meeting this budget becomes increasingly difficult." 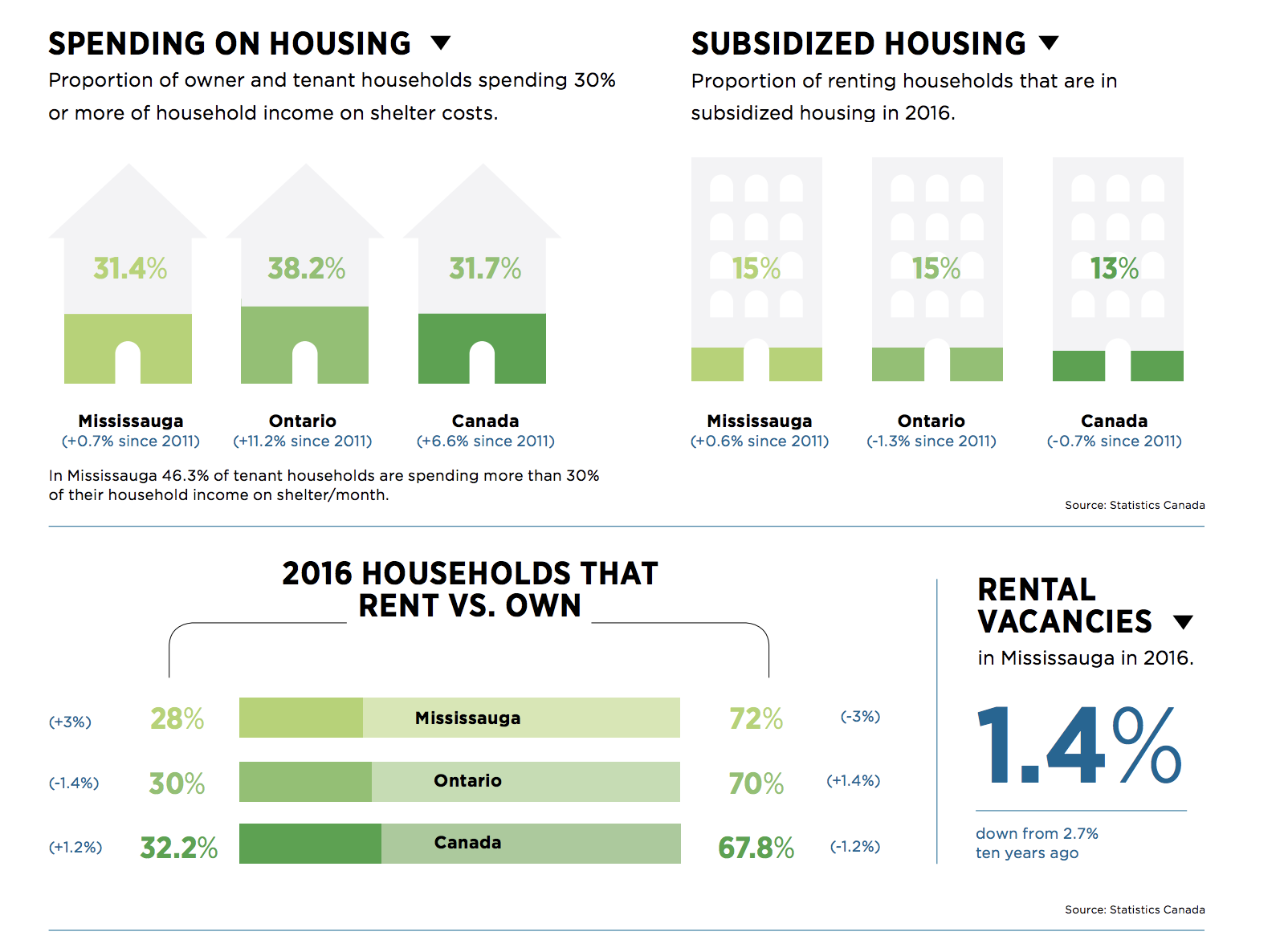 According to the report, 31.4 per cent of households spent 30 per cent or more of their income on shelter costs.

As far as Mississauga goes, individuals tend to earn less than the provincial and national averages, but households fare better. 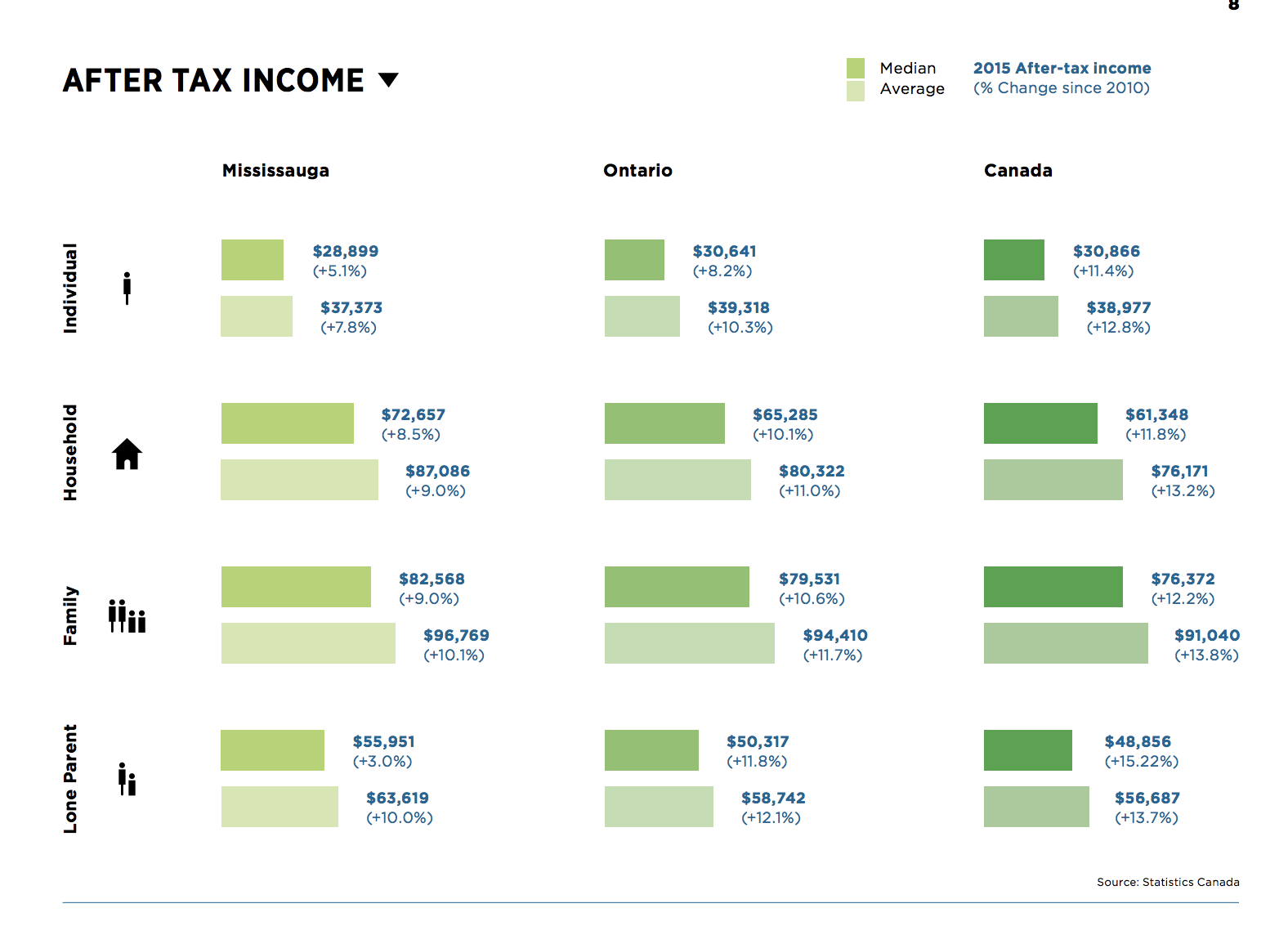 But while seniors in Mississauga tend to fare better, the report notes a significant increase in elderly residents living on a low income.

When it comes to work, there's some good news and some bad news. According to the report, residents are working. In fact, the report finds that Mississauga remains a net importer of jobs, with more people coming into Mississauga for work than leaving to work in another city.

That said, the report says the unemployment rate remains among the highest in the GTA. 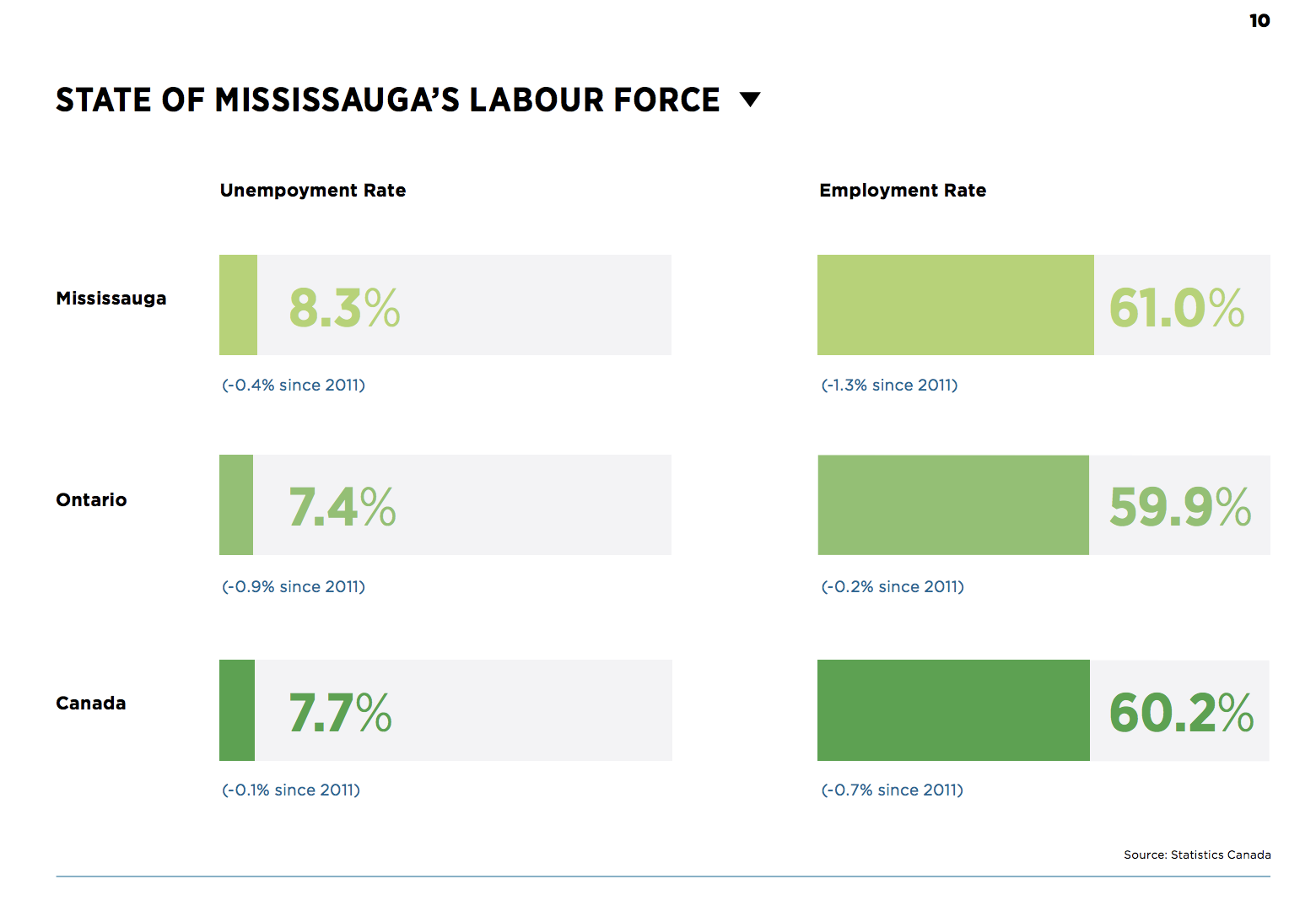 As far as young residents go, the youth unemployment rate is higher than the national average. 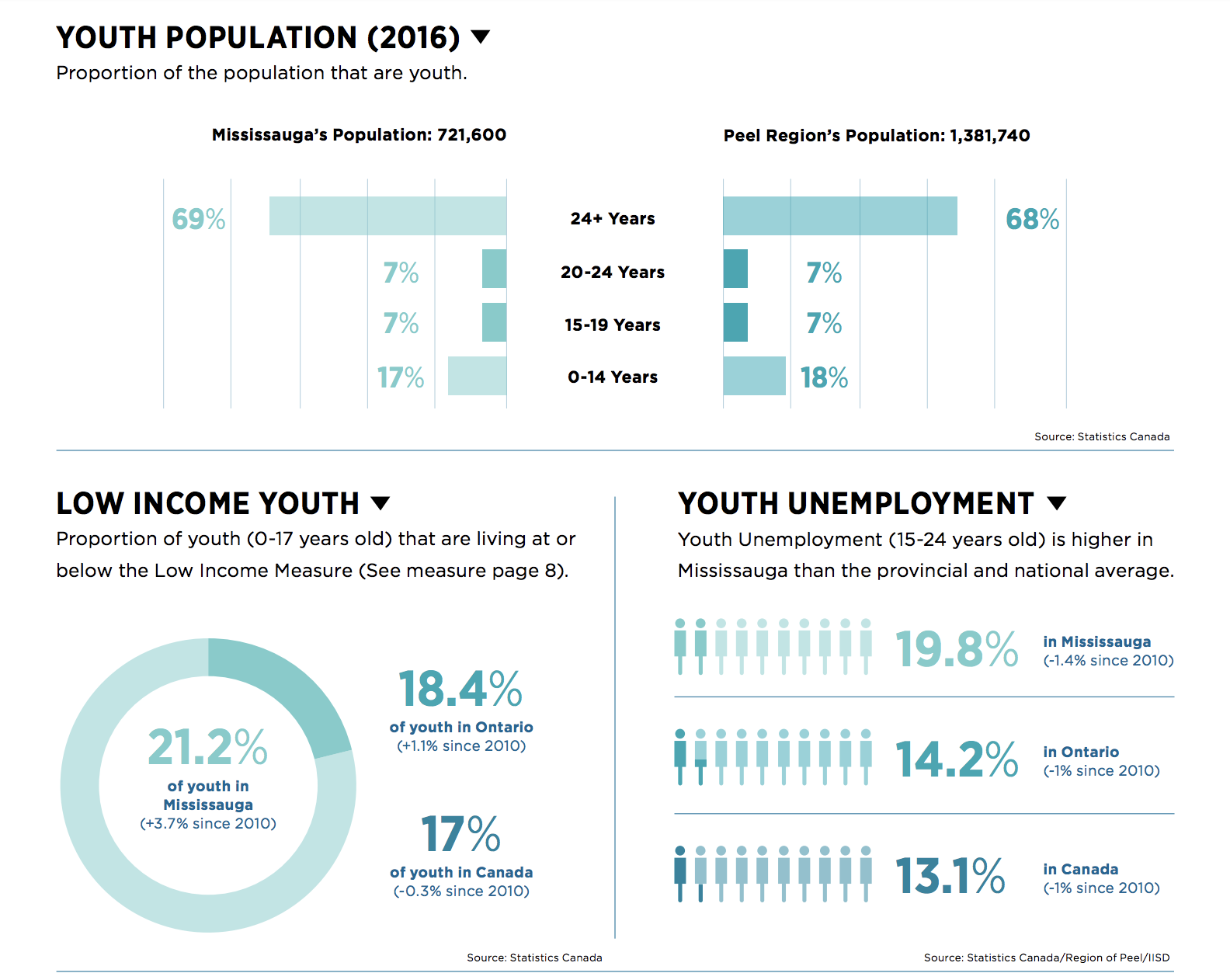 According to the report, youth unemployment is down 1.4 per cent since 2010, but 19.8 per cent of young people between the ages of 15 and 24 remain unemployed.

In Canada overall, 13.1 per cent of youths report being unemployed.

The report also notes that 21.2 per cent of youths in Mississauga are living at or below the low income measure (up 3.7 per cent since 2010). 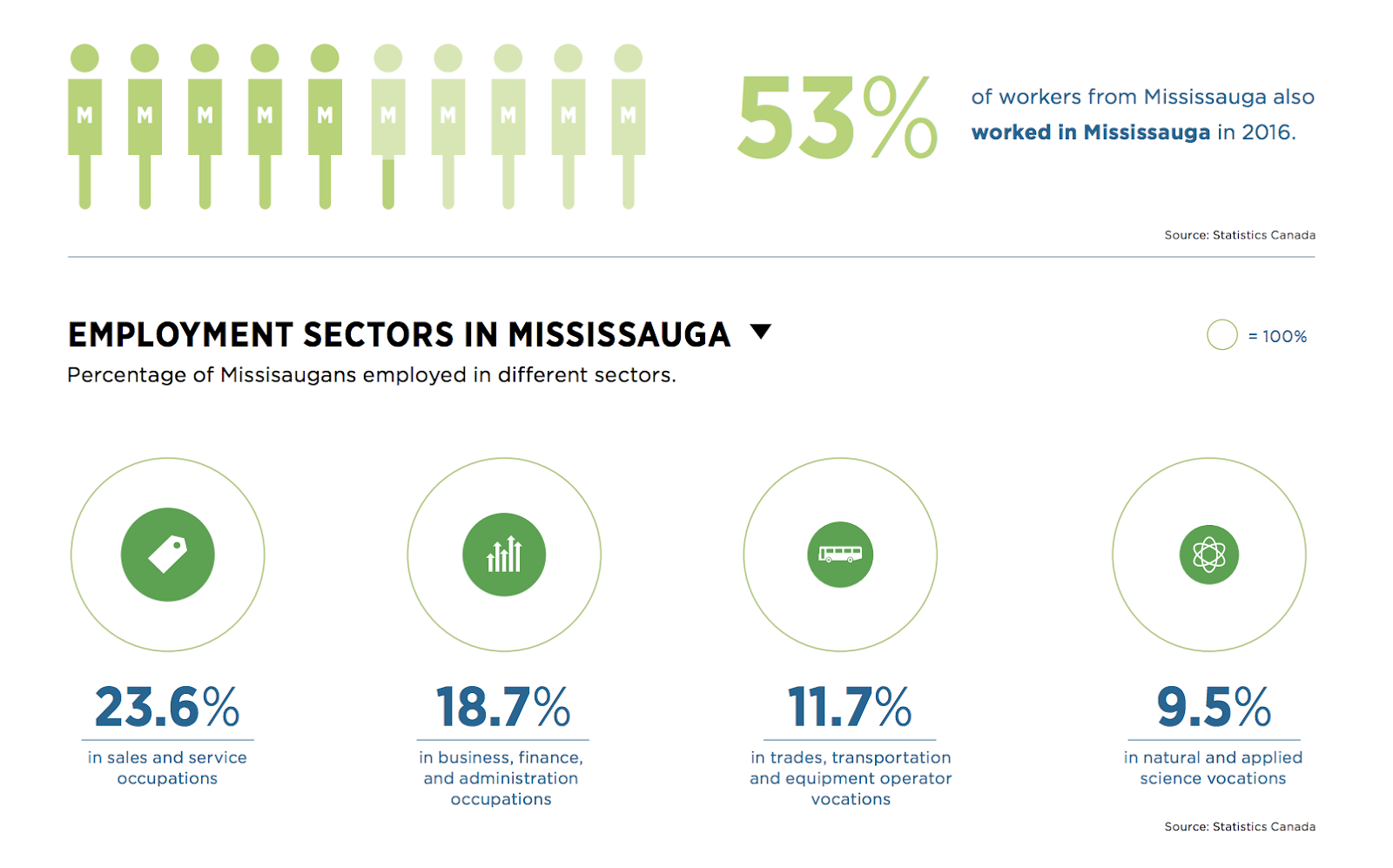 The report notes that 53 per cent of residents work and live in the city, which indicates Mississauga has a good amount of sales and service, business and finance, trades and science-based positions available.

But while the cost of living is getting higher and less easy to manage, it looks Mississauga residents are still seeking higher education—which can prepare them for more lucrative careers in in-demand fields.

"Whether earned locally at The University of Toronto at Mississauga Campus or the Sheridan College Hazel McCallion Campus, or brought from abroad Mississaugans on average have post-secondary diplomas, degrees and certificates at higher rates than the rest of the country," the report reads.

"At the secondary school level, both school boards maintain high five-year graduation rates and the majority of our kindergarteners are appropriately prepared to enter the school system at Grade 1." 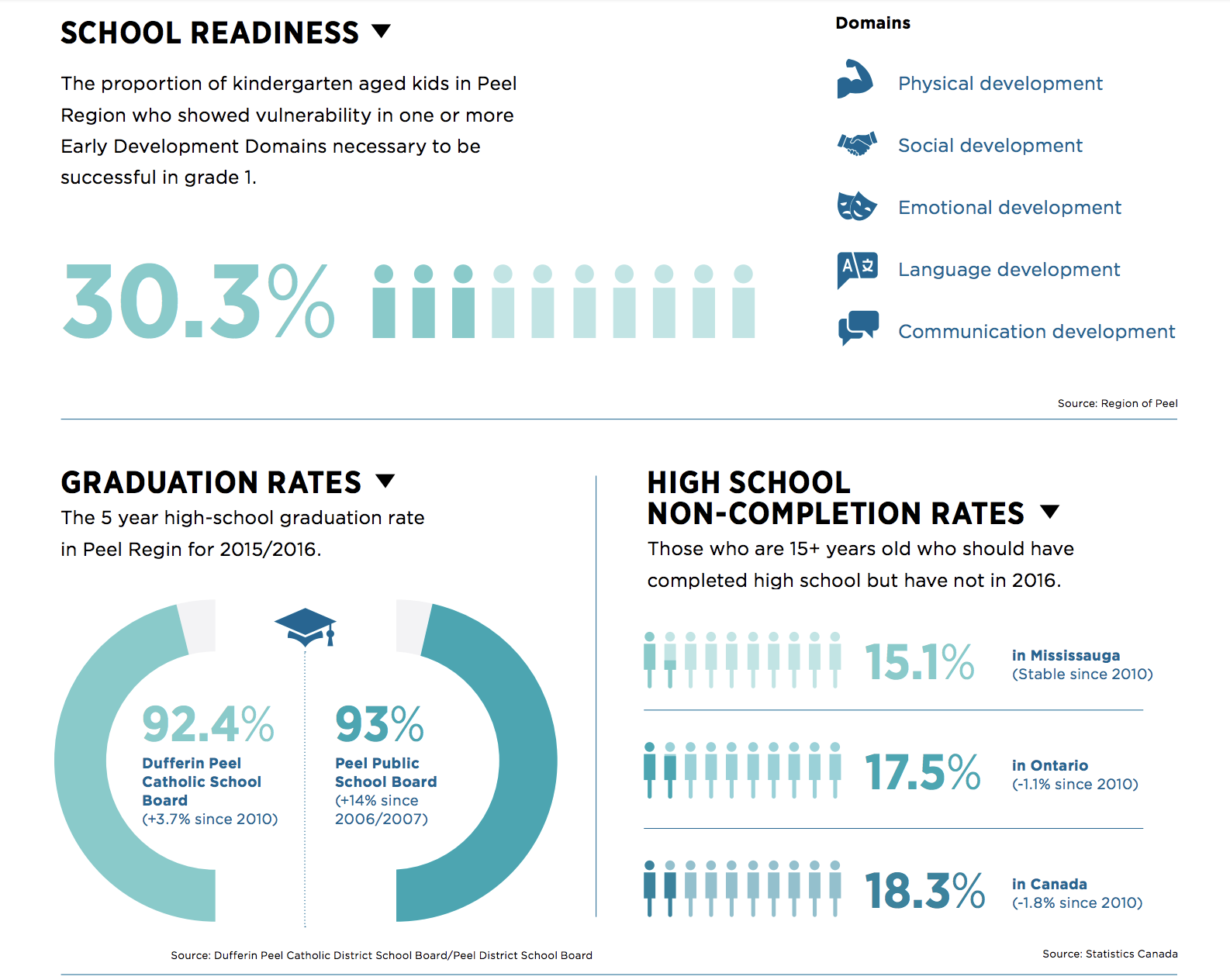 According to the report, 15.1 per cent of 15+ year old residents who should have completed high school have not done so in Mississauga—that's lower than both the provincial and national averages and that number has remained stable since 2010.

In Mississauga, 70 per cent of residents between the ages of 25 and 64 have completed a post-secondary program.

So while there’s great news about education and generally good news about household incomes, the report does point out what the municipal government and other organizations have been saying for sometime—it’s getting increasingly harder to afford to live in the city.

Are you struggling to make ends meet in Mississauga?

A special market has arrived at Square One in Mississauga
Are you looking for a very special Valentine's Day present for that special someone (who might just be your mom or child or best friend, as Valentine's Day can be for everyone, after all)?
END_OF_DOCUMENT_TOKEN_TO_BE_REPLACED