So You Want to Live in Mississauga? 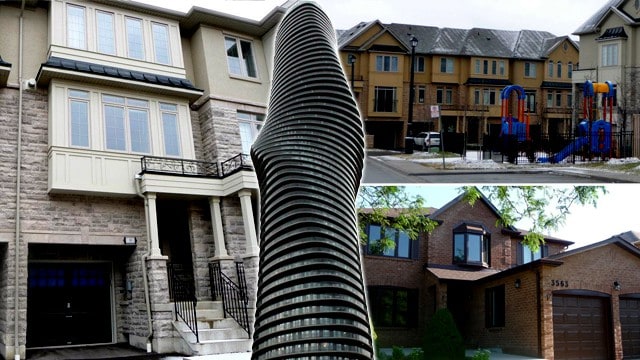 Real estate has always been a hot topic, but with interest rates at glee-inducing lows (some banks are offering mortgage rates at less than three per cent), interest in property ownership has peaked across the board. Now, buying a house or condo in Mississauga seems more doable than ever, but before potential buyers get excited, it’s important to note two less idyllic truths:

This is good news for sellers.  So, if you want to unload your home or condo (especially if it’s in a growing, hotspot neighbourhood), you could launch a bidding war and end up with a decent profit. After all, a Toronto home (not quite Sauga, but close enough) did just sell for $421,800 over asking price (http://www.theglobeandmail.com/life/home-and-garden/real-estate/buying-and-selling/this-toronto-bungalow-sold-for-421800-over-asking-yes-really/article2362078/).

But while you probably won’t hit the half-million-over-asking price mark (it’s news because it’s, sadly, quite rare), the metrics are still good.  According to regional housing market tables for the month of February, Mississauga detached homes are typically listed at $686,893, semi-detached at $419,216, condo apartments at $255,975, and townhouses at $431,549. Last month, houses listed at those sums sold for very close to those prices, meaning the market is hot for sellers.  Buyers, unfortunately, might find it harder than ever to successfully lowball sellers.

“It is a seller’s market,” affirms Kim Kubath, a real estate agent (and Sauga native) with Royal Lepage. “There is low inventory of houses for buyers to choose from, which is great news for sellers,  as they will be able to get multiple offers, sell quickly, choose their terms, and get higher prices. However, this causes a surplus of buyers. Interest rates are low so there are those getting into the market for the first time, and there are more buyers than houses available to buy.”

Although the picture might seem bleak for buyers, Sauga is still more affordable (generally speaking) than its massive urban neighbor to the east, and may offer a little more “bang for your buck” in terms of entertainment and infrastructure than surrounding suburbs.

It has hot areas that are in demand because of low turnover (Lorne Park, Port Credit, Bridalpath, and Sawmill Valley) and areas where interested buyers with lower budgets can browse freely due to higher turnover (Malton, Churchill Meadows, and City Centre).  With the influx of condos steadily invading the City Centre, people looking for urban living for less can probably purchase a unit for around $250,000. Some units for sale in growing or lower-income neighbourhoods are listed for less than $200,000.

Also, according to Kubath, Mississauga is attractive to buyers for a few reasons.

“Proximity to Toronto [is a big one],” she says. “The city is made up of commuters and it’s close to main highways, GO Transit, and the subway. It’s close to Pearson Airport, making it convenient for investors and attractive to new immigrants.  It boasts safe neighbourhoods and is a growing community. There has been a lot of new construction over the past decade, and lots of community development such as Celebration Square, community centres, and new arenas.”

On the investment side, the ever-growing Square One area is promising.

“Investors are particularly interested in City Centre condos,” Kubath says. “With the new development around Square One, such as Sheridan College and Go Transit, this has become a growing area with lots of opportunity for rent turnover given the commuter convenience.”

And speaking of students who may be moving into the city temporarily, the rent market is also important to consider. According to Kubath, areas with the most rental units available are Churchill Meadows, Cooksville, City Centre, and Dundas/Hurontario. While rental rates can vary widely depending on the space (a basement will cost much less than a four-bedroom house, and one room will cost even less than a basement suite) renters can, on average, expect to spend around $1,600 a month on a two-bedroom condo.

So, it appears that sellers can rejoice and buyers can take comfort in the fact that, even if they spend more than they planned, the investment in Mississauga property is, at this juncture, a good — and lucrative — one.