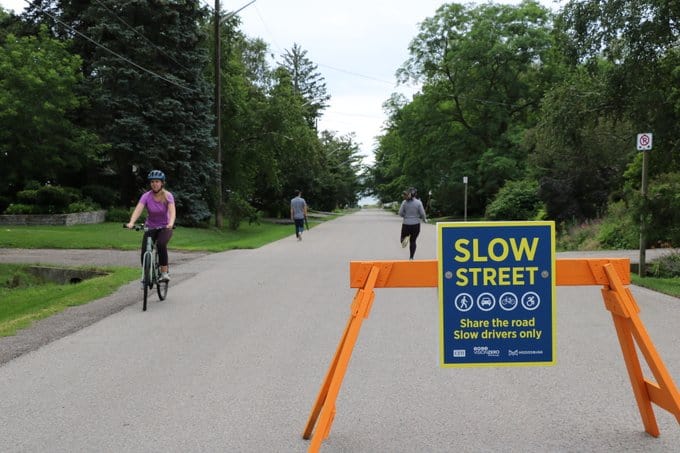 After a successful introduction in 2020, the City of Mississauga has brought back a program to encourage traffic calming measures in neighbourhoods.

Called “Slow Streets” the temporary program involves installing barricades and signage on streets to give pedestrians and cyclists the opportunity to share the road with cars and other vehicles.

The goal of the program is to allow everyone to move around their neighbourhoods safely while maintain physical distancing while speeding and aggressive driving is curbed.

Streets will remain accessible to all traffic and allow for the passage of two-way traffic.

Slow Streets will not be considered on:

The program is now in place in various neighbourhoods across the Mississauga and will remain until the end of October.

The temporary barricades allow emergency vehicles, road maintenance vehicles and waste management vehicles to move easily on the street. There will be no changes to services such as waste collection.