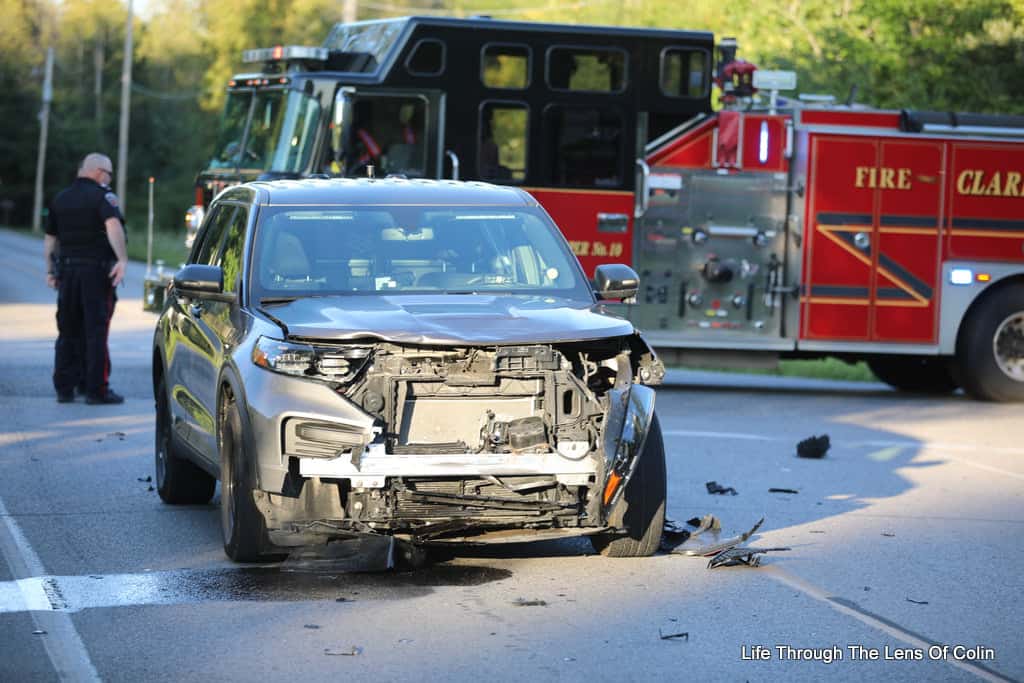 The SIU is investigating a crash involving a motorcycle and a Durham Regional Police car Sunday evening that sent two people to hospital.

The accident occurred at Green Road and Nash Road in Bowmanville just before seven p.m. Witnesses at the scene said the bike passed them at a high rate of speed and then ran a stop sign in front of the police car.
Police have not yet provided any further details.

Two people that were on the bike were taken to the hospital in serious condition – the male rider and his female passenger. The officer was shaken up but was okay, witnesses said.

The intersection was closed for several hours.