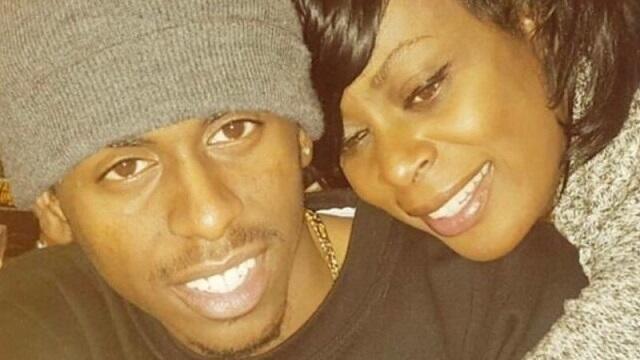 Almost two weeks after a vigil for Jamal Francique, a 28-year-old Mississauga man who was killed during a police-involved shooting in early 2020, the province’s police watchdog has announced that it will not be laying criminal charges against an officer involved in the incident.

According to the Special Investigations Unit (SIU), Francique died on the evening of Jan. 7, 2020, after Peel Regional Police officers arrived in the Southampton Drive and Aquinas Avenue area to arrest him.

The SIU report, released after a months-long investigation, says that Francique was wanted for “breach-related offences with respect to drug investigations.” According to the report, police believed that Francique, who was out on bail in relation to firearm and drug-related charges, was trafficking drugs and in possession of a firearm.

The report says that while the police service’s Vice Narcotics Street Level Organized Crime (VNSLOC) Unit officers had been unable to confirm that Francique was dealing drugs or in possession of a gun, they had “observed him travelling to various locations in breach of his bail conditions” and “the decision was made to arrest Mr. Francique for being in violation of his bail.”

Police told the SIU that Francique, who was found inside a blue Acura TSX near the house he shared with his parents, drove at the police officers who converged on his vehicle before an officer discharged his firearm at the windshield of the vehicle.

After the gun was fired, tactical officers approached the vehicle, broke a window and discovered that Francique had been shot in the face. He was treated at the scene by paramedics and taken to St. Michael’s Hospital in life-threatening condition. According to the SIU, a firearm was found in the waistband of his pants and was secured at the scene.

The SIU says Francique was placed on life support but succumbed to his injuries on Jan. 10, 2020.

After the incident, the SIU interviewed eight witness officers and one civilian witness. All officers involved in the incident submitted their notes to the watchdog. Eight SIU investigators were assigned to the case.

In the months following Francique’s death, advocacy groups demanded justice in various ways including a Change.org petition and a fundraiser to support Francique’s family.

A vigil for Francique was held at Celebration Square on June 13, and a second was held by the Malton People’s Movement, an anti-police brutality advocacy group, on Jan. 9, 2021.

Derek Francique, Jamal’s father, recently told The Canadian Press that his “mind races all the time with thoughts of his son.” Earlier this month, Derek Francique told CP he doesn’t know why police tried to arrest his son as he sat in a car, nor does he know the name of the officer who fired the fatal shot.

Francique struggles to get out of bed most days, but also struggles to sleep, saying he’s caught in a netherworld he doesn’t wish upon anyone.

“The depression is real,” he said. “But at the same time, you have to be as strong as you can be for your children and that’s what I’m trying to do.”

Derek Francique said he became concerned about his son after he didn’t show up to a planned visit with a sick relative. After Jamal Francique’s mother said she couldn’t get a hold of their son, Derek Francique heard about the shooting on the news and eventually made his way to St. Michael’s Hospital.

The senior Francique says his son, who was the father of a seven-year-old girl and a five-year-old boy, loved playing basketball, working on cars and riding his motorcycle. He described his son as an animal activist who was ready to return to school to learn how to operate heavy machinery.

Derek Francique told CP that he has lost nine family members since his son’s death, including his father, stepfather and nephew.

“I haven’t got the chance to grieve past my son, let alone grieving for my father or stepfather,” he said.

On Jan. 20, Joseph Martino, the director of the SIU, said that “there are no reasonable grounds to believe that the officer who fired at Francique committed a criminal offence in connection with the fatal incident,” adding that he was “unable to reasonably conclude that the [officer’s] resort to lethal force fell outside the limits of legal justification.”

In the report, Martino said that officers had reason to believe Francique was violating the terms of his bail conditions by visiting his girlfriend’s home days before the incident. Martino also said that evidence suggests the officer fired on the vehicle because he believed his life was in immediate danger.

Martino also said that evidence suggests another officer was forced to jump out of the way of Francique’s vehicle.

“In my view, the constellation of circumstances that prevailed at the time of the shooting establish that the [officer’s] mindset and his resulting conduct fell within the range of what was reasonable at the time,” Martino wrote.

“Consequently, the [officer] had cause to believe that Mr. Francique was determined to escape police apprehension regardless of the risk to the health and safety of officers on foot in the vicinity.”

Martino said that while he accepts that the officer who discharged his firearm could have moved out of the way, he acknowledges that the [officer] “had a decision to make in a highly fraught situation and only moments in which to make it.”

“In the circumstances, the officer’s decision may not have been the only one available in the moment, but neither was it unreasonable,” he wrote, adding that there are some issues with how the officer approached the arrest.

“In the instant case, though there are legitimate questions regarding the nature of the police conduct leading up to the shooting, I am not satisfied on reasonable grounds that any indiscretions, if they be such, deviated markedly and substantially from a reasonable level of care,” he said.

“One may question, for example, the wisdom of the [officer] placing himself in the vicinity of a vehicle whose driver was evidently attempting to flee from police. There are those who would also take issue with shooting at a moving vehicle when the prospect of stopping the vehicle in its tracks is low and the risk of contributing to a dangerous situation on the roadway is real.”

Martino said that despite his concerns, “one must be mindful of the fluid and dynamic nature of the incident” and that, in his view, the officer’s actions do not amount to criminal negligence.

Martino said the file is closed.

Peel Regional Police Chief Nishan Duraiappah released a statement after the SIU report was made public, calling the incident a “tragedy.”

“Any time a life is lost due to an interaction with police, it is a tragedy that all involved wish could have been averted,” Duraiappah said.

“Family and loved ones are left behind with questions and the officers involved are forced to deal with the realities of the stress these outcomes cause.”