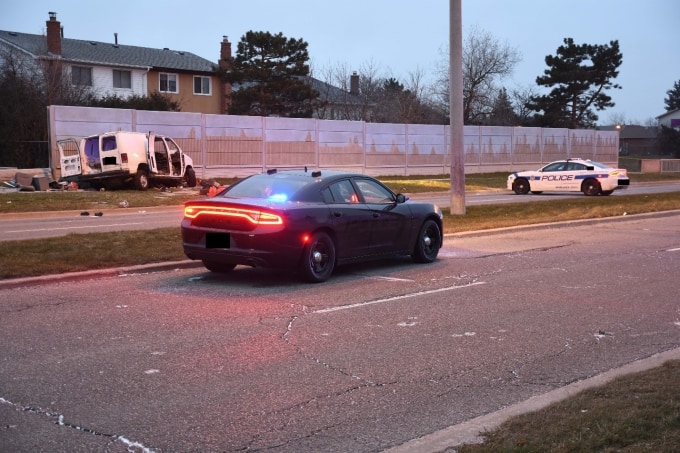 A Peel Police officer has been cleared of wrongdoing for a December incident where a driver being chased crashed into a wall and received serious head injuries.

The Special Investigations Unit (SIU) has determined the lead officer in the pursuit that took place on December 16 was motivated by the need to apprehend a suspected impaired driver and as a result, there are no grounds to believe police committed a criminal offense.

The crash occurred at the Kenney Rd. and Williams Pkwy area following a lengthy chase that came when police received a report that a van was driving erratically.

(SIU photo of the crash site)