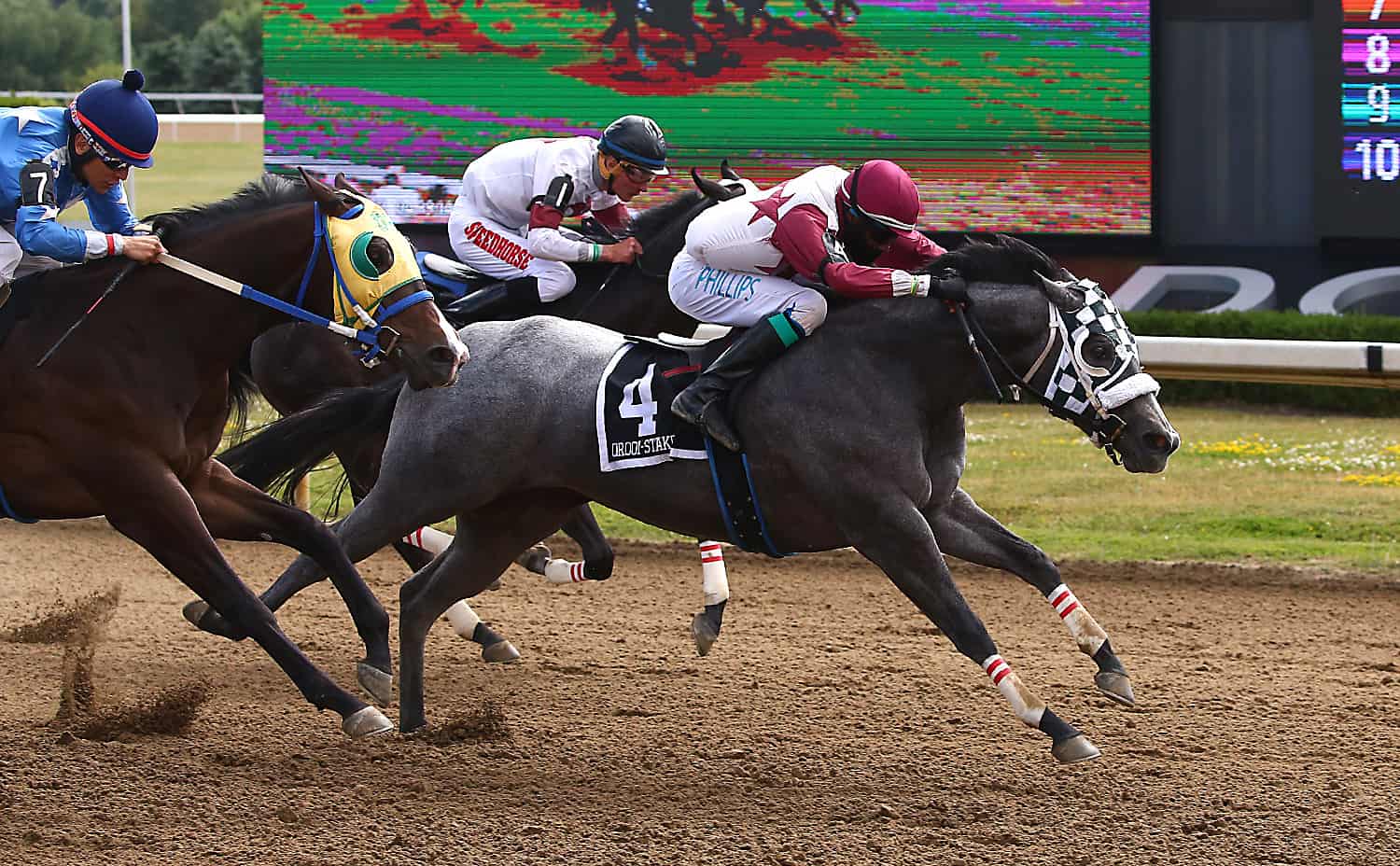 Trainer Michelle Woodley held a hot hand in the final of the $63,360 Ontario Bred Futurity at Ajax Downs on July 6 and while the Alton, Ontario horsewoman came away with the winner of the important 2-year-old stakes race, it was not with the horse that most thought.

Woodley’s own filly Silver Lyning, ridden by Tony ‘TP’ Phillips, scored a mild upset at 2 to 1 in the 300-yard race for Ontario-bred juveniles, holding on for a half-length victory over 23 to 1 shot Eyes Dasha Wacky, owned by Marie Broadstock and trained by Don Reid. It was another neck back to 15 to 1 shot Quick Asa Hicccup, trained by Woodley for Richard Wincikaby. Heavily favoured Firstprize Charlotte, also trained by Woodley for Wincikaby, became restless in the starting gate pre-race and finished fifth. Maximize was a late scratch at the gate.

The time of the race was a smart 15.624 for an 88 speed index. It was the second career start for Silver Lyning, who had a good closing kick to be second in the first Trial for the Ontario Bred Futurity on June 15.

Silver Lyning is the first horse Woodley has bred, sharing the breeding plans with her friend Gary McNichol, and the grey filly is the first foal to race from the Ajax Downs, stakes-winning mare Embrace Extravagence, also co-owned and trained by Woodley.

“She’s a really sweet filly, very laid back for a 2-year-old,” said jockey Tony Phillips. “She ran a good second in her Trial but I could feel like I had more so I was confident she could give them a run for the money.”

Woodley, who, along with her partner John McInerney, is well known for her success with young horses, said the win was bittersweet.

“Firstprize Charlotte got a little fractious in the gate and because of that I think she blew her break a bit,” said Woodley. “But Silver Lyning, she did everything right so we are super happy.”

Racing continues at Ajax Downs on Wednesday, July 13, followed by a special Sunday day of racing on July 17, ‘Craft Brewery Day’ with on-track prizes for fans in attendance