Sikh, Hindu dispute over Indian politics boils over in Brampton 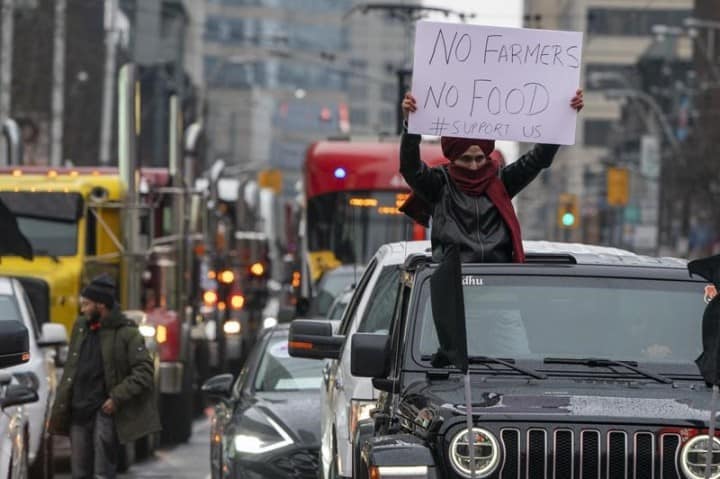 Mounting tensions between members of the Sikh and Hindu communities in Brampton have local officials worried.

The dispute has been simmering for weeks and has brought to the forefront historic friction between some members of the two communities.

Many Sikhs here have been actively supporting farmers in India — those from the northern states of Punjab, Uttar, Pradesh and Haryana — who have been protesting for months demanding that Indian Prime Minister Narendra Modi back down from proposed laws that would open that country’s agricultural sector to private companies.

The dispute has come to Canada where some members of Brampton’s Sikh community have taken up the farmer’s cause leading to weekly rallies and demonstrations. However, the stakes were raised last weekend when Hindu-backed pro-Modi supporters staged a counter protest. The two factions were involved in several skirmishes along Brampton streets when they encountered each other.

One video posted on social media highlights the tension as it shows one man pushing down another when people get out of their cars to argue.

The video has since drawn the attention of the international community with an official complaint launched by the India High Commission asking the Canadian government to protect Indian citizens living here.

Peel Regional Police Chief Nishan Duraiappah made it clear to the factions that violence won’t be tolerated and neither would the lack of social distancing during the protests and demonstrations. He said the incident captured in the video is being investigated.

“There will be no tolerance for violence or criminality, and all reported incidents will be investigated, and those involved may be charged. This has been and will continue to be our service’s approach in support of the well-being and safety of our community,” he said in a released statement.

Duraiappah also noted that the Region of Peel is still under Ontario’s stay-at-home order, and any protests must comply with these regulations.

Still, a rally in support of the farmers is scheduled for this Sunday that will start at Bramalea City Centre and include a march to Shoppers World Brampton. In response, pro-India government supporters say they will stage their own demonstrations in front of Brampton’s Sikh temples.

The situation has many worried.

“This is a problem that I fear may erupt into violence,” said one local official who has been monitoring the situation and asked not to be named. “Outsiders may be wondering why we Indian people are fighting amongst ourselves, but we are talking about two distinct cultures that have long-standing grievances that has been going on back home for years. Unfortunately they have brought the fight here. The farmers’ situation is the focal point, but the dispute runs much deeper.”

The historic tensions generally stem from the desire of a separate Sikh homeland (Kalistan) which would be carved out parts of the Punjab areas of both India and Pakistan. The government of India — largely controlled by Hindus — is opposed and has even weighed into the fray by accusing Canada of harbouring Kalistani extremists.

The issue has become politicized in Canada for a number of years. Recently, Brampton Centre MP Ramesh Sangha — a Sikh himself — was forced out of the Liberal party caucus because he accused other MPs of harbouring Kalistani sympathies. More prominently, federal NDP leader Jagmeet Singh has been denied an entry visa to India for speaking out against that country’s treatment of Sikhs.

Brampton Mayor Patrick Brown denounced those who took part in physical confrontations last week saying Canadians have the right to peacefully protest
“When I see anyone express violence to the right of peaceful assembly or the right to worship freely it is something I take great offence to,” the mayor said.

Our crew will be visiting Brampton and walking the sidewalks in front of Sikh temples. We will show up with no advance notice and we shall expose evil. We’ve done it before and we’ll do it again #khalistan #brampton #modi pic.twitter.com/fTT9rf0m8U

The mayor condemned the actions he saw in the pushing incident captured in the video, as well as saying those who intend to come from out of town to protest in front of Gurdwaras are not welcome in Brampton.