Significant Report Weighs in On Carding/Street Checks in Mississauga

After about a year and a half of public consultation and study, Justice Michael Tulloch’s long awaited review and recommendations regarding the police practice of carding (better known as “street checks” in Brampton and Mississauga) has finally arrived.

He held a press conference last week in Toronto in which he presented his findings to the public. 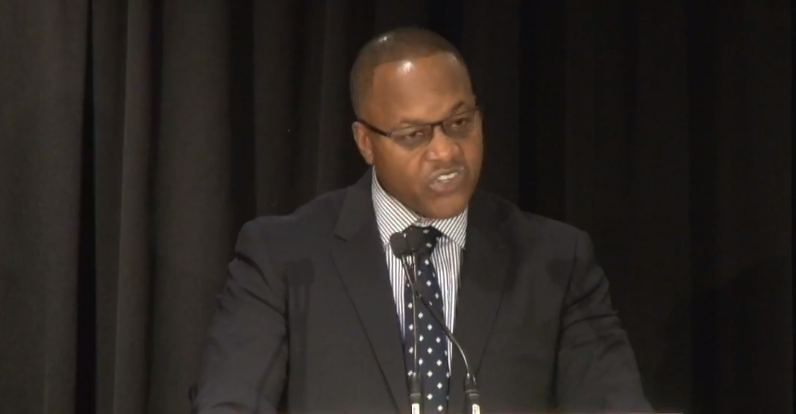 There are many other findings from Tulloch’s report, such as the structure of the SIU and police services boards, but the summary on the carding portion can be read here, which is what the main focus has been on.

For over a year now, the regulation has enforced new rules for police to follow when requesting identifying information. These new rules and criteria apply if an officer asks someone for identification while:

In his report, Tulloch concluded that there was a public misperception on what is a street check and when is someone getting carded. “Street checks included interactions between police and individuals beyond random requests for identifying information.”

For the report’s purposes, street checks are defined as “being information obtained by a police officer concerning an individual, outside of a police station, which is not part of an investigation. Carding constitutes a small subset of what falls under the overarching street checks umbrella.”

Carding is when police randomly ask a person to provide personal information when there is no suspicion of activity, that information is recorded and stored in database, which makes it a subset of street checks.

So Tulloch concludes that there are two definitions that differentiate street checks and carding. Police services still support collecting and recording identifying information in legitimate police interactions because that information can assist in performing lawful police functions, but “carding is a practice that no longer has any place in modern policing,” the justice said when he did his review.

“Stops must not be based on a hunch, or spidey sense,” Tulloch said about carding, saying the year after the regulations came out crime went down in Ontario. “Police continue to have the same powers where they have reason without regulation coming into play. Regulation is only in play where there is no reasonable grounds.”

Tullock asked if random street checks actually work and should random street checks or carding ever be allowed? His conclusion is that it is that the link between decreased street checks and increase in violent crime is unsubstantiated. “Random carding has a very minimal effective in combatting crime. It is better to focus on those most likely to commit a crime vs random checks,” saying the long term impact of continued carding of these communities is alienation of these communities by the police, further eroding public trust.

What others were saying:

“We continue to review and assess the recommendations made by Justice Tulloch. His report will inform our work as we fix the Liberal’s broken police legislation. Our new police legislation will reflect a simple principle: racism and discrimination have no place in policing. You can count on us to ensure that our legislation enables police to protect the law-abiding people of Ontario,” Sylvia Jones, Ontario’s Minister of Community Safety and Correctional Services, communicated in an email statement to inbrampton.com

The two mayors of Brampton and Mississauga also responded regarding the report.

“Justice Tulloch’s report confirms what we have known for some time, that the practice of carding or “street checks” as they were known in Peel Region, were not an effective tool in fighting crime when balanced against the infringement on the rights and freedoms of citizens. Everyone deserves to feel safe in our community; that means ensuring that no-one is targeted based on their race, religion or ethnicity,” said Mississauga Mayor Bonnie Crombie.

“That’s why I called for a review of the practice in May 2015 and was pleased to see the Ontario government take action to reform the process. I don’t believe it’s too much to ask police to provide a reason to someone they have stopped or to expect that this data will not held against an innocent person forever. I continue to support providing police with the proper tools and resources they need to do their jobs effectively. This includes calling for investments to address prevention and enforcement efforts as well as ensuring that we evaluate the efficacy of these tools on a regular basis.”

“Justice Tulloch correctly stated, that police have no right to engage in carding, meaning arbitrary and random street checks where the only reason for stopping and questioning someone is their race. I was proud to be one of the early voices against carding when I was in provincial politics when I spoke against carding in 2015. I continue to oppose racial based carding,” Brampton Mayor Patrick Brown said.

There was also reactions from Queen’s Park, where Ontario NDP not only called on the Ford government to end carding, but also calling for the destruction of information “collected from innocent people using this discriminatory practice.”

As for law enforcement itself, the Ontario Provincial Police Association released this statement responding to Justice Tulloch’s report:

“Our uniformed members are mindful that in order for us to accomplish the goal of safer communities there is need for co-operation between police and the communities we serve. In this context, we recognize the importance of being aware of and sensitive to the pluralistic, multiracial and multicultural character of Ontario,” OPPA President Rob Jamieson said.

The association also accepts the “insights into the social cost of street checks, outlines the circumstances when police have lawful grounds to stop people to request identifying information and acknowledges that there is value to police services in conducting lawful street checks.”

Overall, the issue that has garnered the main focus is the issue of carding, where Tulloch concluded yielded very little concrete results for police in their investigations into crimes and that it was disproportionately affecting people of colour (some 21 per cent of carded individuals in Brampton and Mississauga were found to be black, even though they only make up 9 per cent of the population).

Street checks don’t appear to be the issue so much as carding itself, which is a practice that is being targeted. But considering that the Ford government is more law enforcement friendly and their rhetoric is about ‘giving the police the tools to do their job’, it remains to be seen if the province will act on Tulloch’s report.

It may take law enforcement agencies themselves to revise their practices regarding their interactions with the public in the future and to remove that stigma of racism.

5 unbuilt projects that could have changed...
Top 5 Chicken on the Rocks in Mississauga
Five fun things to do this weekend that are...
Top 5 chicken sandwiches in Mississauga
5 fun ways to make the most out of your...
END_OF_DOCUMENT_TOKEN_TO_BE_REPLACED

A new restaurant specializing in grilled meats just opened up in Mississauga
Mississauga is the city where foodies can explore cuisines from all around the world and every new restaurant that pops up offers an experience to remember.
END_OF_DOCUMENT_TOKEN_TO_BE_REPLACED