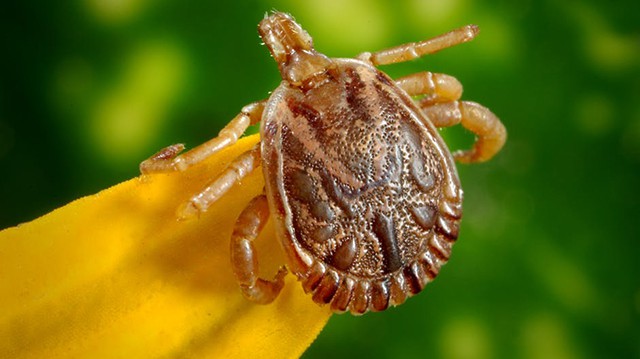 As if we haven’t dealt with enough bad news about bugs lately, the Region of Peel just shared some more.

According to the region, Peel’s tick surveillance program is seeing an increase in the number of tick submissions this season.

In fact, the region reports that the number of ticks submitted by residents for testing this year has already surpassed last year’s total. Now, the region is encouraging people to continue to send in any species that they capture.

“The help the public provides in sending us the ticks that they find is invaluable,” says Paul Callanan, Director, Health Protection, with the Region of Peel. “With each sample, we identify the species of tick and send all black-legged ticks for testing to determine if they are carrying Lyme disease. To date, we have not identified an established black-legged tick population in Peel, but it is important to be cautious because birds and animals can transport them into the Region.”

Although you’ve no doubt heard of ticks, perhaps you aren’t entirely sure what they look like. Like all bugs, they’re ugly. As far as a scientific definition goes, they’re small blood-sucking parasites closely related to spiders (which are also unattractive little beasties). Unlike many spiders, however, they can be as small as the head of a pin and therefore difficult to detect (especially if they latch onto your pet).

While ticks are tiny, their bodies enlarge as they ingest more blood from their host.

In terms of illness, some ticks—including the black-legged tick, which has been spotted more frequently in Ontario as of late—carry diseases, including Lyme disease (which can cause serious harm to humans and animals). To be clear, not all black-legged ticks carry the bacteria that causes the disease and the majority of bites will not result in disease.

Since there are serious health risks associated with ticks, the city has been advising caution—even though the risk of contracting Lyme disease in Mississauga is extremely low.

According to the city, Peel Public Health data recently revealed that there is, at this time, no evidence of established populations of black-legged ticks in Mississauga. The city also added that, as of 2016, there were no ticks that tested positive for Lyme disease in Peel.

As of June 2016, there are no confirmed human cases of Lyme disease in Peel.

That said, it is best to be cautious.

If you find a tick, you can submit it to Peel Public Health for testing by putting the live insect in a small container with a tight fitting lid and bringing the container to 7120 Hurontario St. in Mississauga (open from Monday to Friday, 8:30 a.m. to 4:30 p.m.

Results from these tests can take several months to become available.

Ticks found on dogs will not be accepted for testing.

As for why ticks have become more common, experts cite the weather as a possible cause.

“We are seeing increased tick activity this year because of the combination of a mild winter with a very wet spring,” says Dr. Monica Hau, Associate Medical Officer of Health at the Region of Peel. “While the risk of coming into contact with a black-legged tick in Peel is currently low, Peel Public Health is encouraging everyone to protect themselves and their family from ticks.”

High risk areas for ticks include wooded areas and places with leaf litter and long grass. If entering these areas, you can protect yourself by:

For more information about how to remove a tick or for symptoms of Lyme disease, visit peelregion.ca or call the Region of Peel – Public Health at 905-799-7700.