Should Permanent Residents Be Allowed To Vote in Municipal Elections? 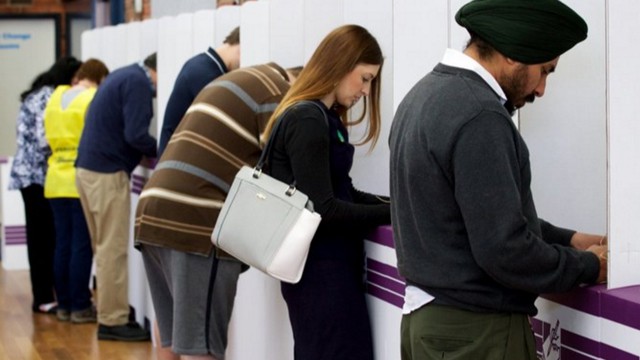 This is going to be a three part series based solely on this video of Mayor Bonnie Crombie, taken last year during a panel discussion with Toronto Mayor John Tory and Ajax Mayor Steve Parish, discussing a number of topics at the Ryerson City Building Institute. Many young Mississauga residents go to Ryerson for various programs and this is probably one of them, so this particular panel may show you what your mayor thinks about certain issues pertaining to the governance and development of Mississauga.

Feel free to watch the entire segment, but I want to focus on when Mayor Crombie starts discussing certain political reforms around the 1:18:00 mark. She goes through a lot of material, including poverty, transit and economic growth, but I want to focus on three specific topics pertaining to enhancing citizen engagement: allowing permanent residents to vote in municipal elections, participatory budgeting, and community councils. This article will focus on giving permanent residents the right to vote in a municipal election.

What is a permanent resident as defined in Canada? Permanent residents in Canada are defined as people who are not Canadian citizens but who have been granted permission to work and live in Canada without any time limit on their stay. In Canada, permanent residents were known as landed immigrants prior to 2002. PRs pretty much hold the same rights and responsibilities as Canadian citizens, except they can’t vote, run for elected office, hold a Canadian passport or work in jobs that require a high level security clearance (i.e. for Canada Border Services). Oddly enough, they are allowed to serve in the armed forces if the national interest would not be prejudiced — meaning if a PR wanted to join the Canadian Army and he or she is from China, he or she would have to prove they have no allegiance to the People’s Republic of China.

We didn’t have a proper census done in 2011 (only a ‘national household survey’) and the 2016 census results have yet to be finalized, but we know Mississauga has a total population of 713,400 people. Permanent residents were classified as ‘landed immigrants’ and as such have been lumped as immigrants in general. I’m not sure if the updated census that just concluded would specify the numbers of permanent residents in Canada; that’s a wait and see situation.

Now, I understand it when someone tells me that citizenship is a special privilege and not a God given right and that it should be earned by someone who is committed to this country and wants to participate in all aspects of what it means to be a Canadian. But narrowing it down specifically to just municipal political participation, does it make sense that a permanent resident, with no intention of leaving Canada at all, should not have a say as to who deliberates over how his or her garbage gets picked up, how his or her snow gets shoveled, or how his or her property taxes are spent every year?

So I think permanent residents in Canada should be allowed to vote at least in municipal elections–not just in Mississauga, but in other towns and cities as well. You’re talking about people who have been here for a good number of years, pay taxes in Canada and are, for all intents and purposes, Canadian; they just don’t have official citizenship. Giving them the right to vote in the level of government that affects their immediate needs should not be too much trouble, and should actually help incentivize PRs into achieving full Canadian citizenship.

What do you think, Mississauga? Should permanent residents be allowed to vote in municipal elections?

Stay tuned for Part 2 on this series, next topic will be the issue of participatory budgeting.