Should Mississauga Welcome a Condo Boom? 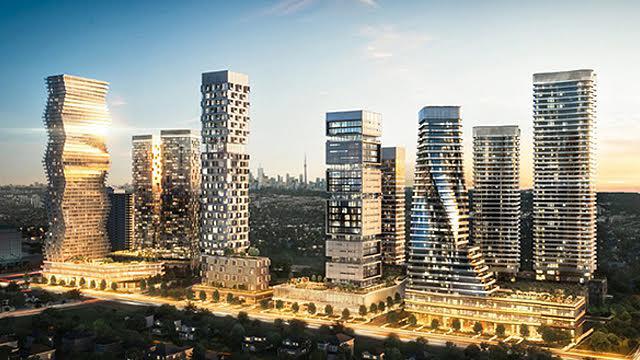 According to CityNews, the city of Toronto is gearing up to say no to numerous developers who have proposed literally thousands of storeys of commercial and residential space on Yonge Street between Bloor and Gerrard.

While you can’t quite compare Mississauga to Toronto in terms of density just yet, TO’s move to actually say no to overzealous builders begs an important question: Should Mississauga be mindful of the potentially negative impact the influx of new condo developments could have on its downtown core, or should it seize the opportunity to perhaps attract developers to the ever-growing City Centre area?

In short, should the city rip a page out of Toronto’s book or perhaps see if developers interested in the Yonge area are open to setting up shop here?

While Mississauga is well-developed (and some might say over-developed), it’s hard to argue that there isn’t room for more condos (although many would try). In defense of condos, they’re often significantly more affordable than town, semi and detached houses and could, for that reason alone, become the new family home in the city. They’re also not going anywhere–especially in City Centre.

Late last month, the city hosted a meticulously planned and decidedly elegant (there were gorgeous glass pitchers filled with ice water and perfectly even lemon slices) press conference to announce the incoming construction of M City–an ambitious condo community set to be built by Rogers.

The Parkside Village condo community has expanded dramatically over the past few years and, judging from the creative developments coming down the chute, the city is not yet tired of welcoming new condos to Mississauga’s ever-evolving core.

Mississauga still has more room to grow and, in fact, expects a significant population boom over the next 30 years. It’s preparing for the potential influx of new residents by tackling such ambitious projects as Inspiration Lakeview and Dundas Connects. It’s also preparing for the incoming LRT, a $1.4 billion dollar Metrolinx project that will bring exciting (albeit controversial) light-rail transit to the city’s bustling Hurontario corridor.

Condos are also an important consideration in a city struggling to provide more affordable housing for residents who are often spending more (sometimes significantly more) than the recommended 30 per cent on housing costs. Although luxurious condos can absolutely be costly, the city has discussed plans to require developers to set aside a certain percentage of new units as designated affordable housing. More condos could conceivably mean more affordable units, which would be most welcome in the Cooksville area where there’s a chance lower and middle-income residents could be displaced by the escalating property values that may accompany the LRT.

There’s also the fact that, no matter how much you may hate them, you cannot deny that condos are cheaper to buy (and often live in) than houses.

But while condo development is by and large a good thing in a densifying city, it’s important that quality of life (and, more importantly, quality of construction) remains a priority.

Condos erected seemingly overnight are sometimes better known for their shortcomings than their luxury, comfort or relative affordability. Recently, the CBC reported that residents in Toronto’s famous (infamous?) CityPlace condos are worried about their health after mould sightings. In an extreme case, condo owners in Burlington are actually asking the city to buy them out of their crumbling units in a dilapidated building that they claim was not built to code when it was converted from a rental property to a condominium in the 90s.

While buildings are buildings and none are immune to damage and wear and tear, some new (and old) buildings are known for myriad problems (plumbing issues, falling glass, power outages, etc.) that many place squarely at the feet of rapid-fire development.

It’s also important for urbanizing suburban cities like Mississauga to be mindful of infrastructure when giving developers the go-ahead to construct new and beautiful towers. It’s one thing to welcome gorgeous glass structures to the city’s skyline, but it’s also important to ensure the towers boast retail and commercial spaces that welcome a more diverse swath of businesses. Mississauga condo towers need to offers more stores, cafes, shops and restaurants. They do not need more walk-in clinics, physiotherapy offices and sundry medical facilities (there are enough in the core already).

Once M City is built and other projects come to fruition, it may become important for the city to follow Toronto’s lead and know when to say no.

That said, now may be the time to be ambitious and see if developers who yearn for Yonge might be interested in Hurontario.

But let’s hope for towers that are well-built, well-maintained and, in many cases, home to affordable units.