Should Mississauga Give Council Wards Names? 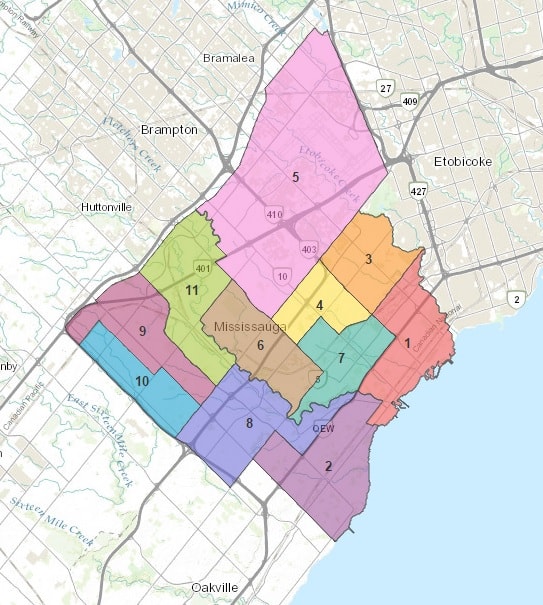 An interesting comment was made recently during a Mississauga City Council meeting when someone opined that when you ask someone in Mississauga which ward they live in, they likely have no idea what you’re talking about. Some politically astute people may be able to identify their city councillor, which is great, but for the most part they wouldn’t know which ward they represented, let alone the corresponding number of that ward.

For the record, there are 11 wards in Mississauga for 11 councillors. Mississauga City Council is comprised of 12 members, which includes those councillors plus the mayor. All of them currently also sit on Peel Regional Council as previously documented, but for years each councillor was identified by wards which only had a number after them. For example, Ward 7 Councillor Iannicca, Ward 8 Councillor Mahoney, and Ward 10 Councillor McFadden.

The number doesn’t mean anything to the average person, but most people in Mississauga know generally which neighbourhood or community they live in, such as Streetsville, Port Credit, or Clarkson. Having a name gives a community an identity that people can connect with. That’s one of the reasons why federal and provincial ridings are currently identified by riding names rather than a number.

There are many examples of other cities that use names to identify their municipal wards.

Here are a few:

Hamilton has 15 city councillors whose wards, besides being given a number, have a second name based on communities in the old city of Hamilton and the former towns that were amalgamated into the current city in 2000. Ward 4 is known as East Hamilton, Ward 8 is West Mountain, Ward 12 is known as Ancaster and Ward 14 is known as Flamborough.

Kingston has electoral areas for their councillors that have names based on community areas similar to the previous two examples, although one primary difference is that they’re not called wards, but districts.

Ottawa has 23 wards whose names correspond with certain areas within each boundary because of component communities, geographical location, and historical or cultural linkages. Capital Ward is named as such because Ottawa is Canada’s capital city. Bay Ward is called that because at least three neighbourhoods along the western side of the Ottawa river have the name ‘bay’ in them, and there are two wards named ‘Kanata North’ and ‘Kanata South’ because they happen to comprise of the former city of Kanata.

The council wards in Canada’s largest city were based on the federal Parliament riding boundaries from 1997-2004, dividing each riding in two wards. Hence, the wards are based on the names of the federal ridings some 20 years ago. Toronto has just concluded a ward boundary review where additional wards were added in the downtown area to accommodate the rapid growth in that area, but they appear to be keeping some of the old names.

The commonality between all these examples is that their wards have a name to them, which would give the average person a way to answer that question of which ward they are in (if they actually got asked that question) because it’s named for the community they live in. So is there something that would work for Mississauga?

Here are the current Mississauga ward boundaries transposed over a map of the 22 neighbourhoods officially recognized in Mississauga: 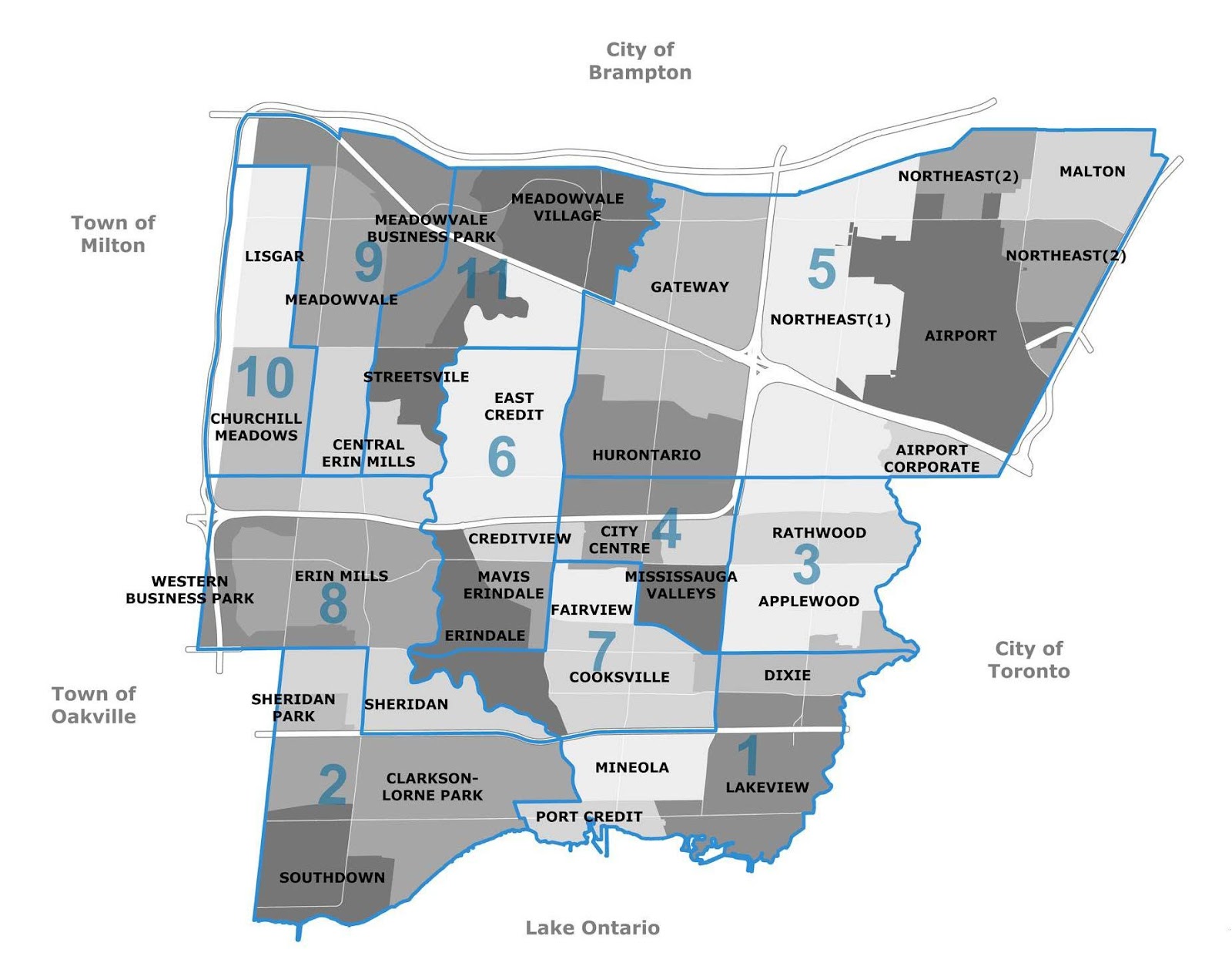 Using this as a template we can roughly extrapolate the various names you could give each of the 11 Mississauga Wards. These are just my suggestions based on the most well known communities within each wards, with some modifications which I will provide a subsequent explanation:

For Ward 2, I added Southdown because of its long standing existence as a prime industrial area that is seeing some new development on its periphery using that name. For Ward 4, while ‘City Centre’ is the official designation of the neighbourhood, Mississauga has already rebranded the area as “Downtown” anyway, so why not use it as a ward name?

I named Ward 6 “Credit Valley” because of two communities in it with the name ‘Credit’ (East Credit and Creditview) and Credit Valley is a recognizable term in Mississauga. As for Ward 7, the name “Erindale” is synonymous with Erindale Village, but I left that out because I placed the name Erindale with Ward 6, but there is no harm in taking the Erindale name out of Ward 6 and give it to Ward 7.

These are just my simple ideas on what names the city could give Mississauga’s 11 wards, although if anyone out there has ideas of what other community names that should be used feel free to make a suggestion, and this offer extends to sitting city councillors themselves. Feedback from everybody is important, plus it would actually be kind of nice to refer to your ward by a name than having to try remembering a number.