Should Mississauga Become a Sanctuary City? 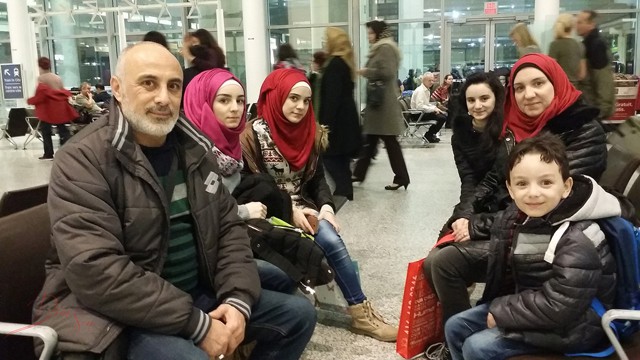 The recent attempted ban on Muslims from several Muslim majority countries by the Trump administration has had an effect on Canada as well. Last week, a number of municipalities delved into the issue of sanctuary cities. Toronto Mayor John Tory reiterated his position that he fully supports Toronto’s status as a sanctuary city. In London, Ontario, city council unanimously passed a motion to declare London a sanctuary city, and Mississauga Mayor Bonnie Crombie asked city staff during General Committee (GC) whether it is possible to declare Mississauga a sanctuary city.

But what exactly is a sanctuary city, and should Mississauga become one?

A sanctuary city is a jurisdiction where residents within its borders are allowed access to city services regardless of their status. In the United States, the designation is associated with the issue of illegal immigration, as the term applies to cities that do not use municipal funds or resources to enforce federal immigration laws. They usually forbid police or municipal employees from inquiring about a person’s immigration status. Almost 40 American cities and a few states have declared themselves to be ‘sanctuaries.’

What Mayor Crombie was asking from City Manager Janice Baker was whether it is possible to declare Mississauga a sanctuary city and to outline the possible logistics behind such a move. The mayor mentioned how we are in “historic” times given the past two weeks with the Trump Muslim ban and the mosque shooting in Quebec. There’s been a lot of talk about how Canada needs to be a more inclusive society and protect people’s liberties and civil rights. Given Mayor Crombie’s past positions on humanitarian issues, it is no surprise that she is making this request.

So does it make sense for Mississauga to adopt the status as a sanctuary city? I’m not sure what difference it would make. Although there have been some recent developing tensions, the modern Canadian immigrant lives in a society of inclusivity and tolerance (obviously racism and discrimination can and do occur, but Canada and Canadians do often stress diversity). The welcoming reaction of a majority of Canadians to Syrian refugees has shown that cities and towns across Canada have, overall, accepted the current immigration and refugee policy. The term ‘sanctuary’ city is associated with the more negative American experience with immigration. In contrast, immigration into Canada has more or less worked out very well.

Mayor Crombie mentioned that perhaps calling Mississauga a ‘welcoming city’ would be a more appropriate term, since the word ‘welcoming’ fits more with Canada’s profile as an open and accommodating society. But other than that, there wouldn’t be many changes, and the conditions that allow Mississauga and other cities in Canada to welcome newly arrived immigrants and refugees are already in place. This ‘sanctuary city’ label seems nothing more than just window dressing in reaction to events around the world.

What do you think, Mississauga? Should we become a sanctuary/welcoming city?