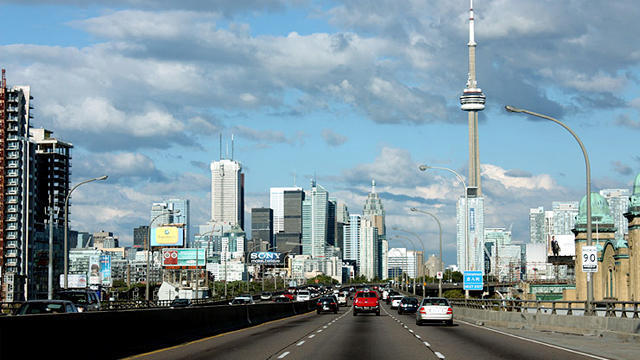 
While commuters from Brampton and other 905 cities are no doubt rejoicing after Premier Kathleen Wynne announced the province will not approve Toronto’s plan to impose tolls on the Gardiner Expressway and Don Valley Parkway (DVP), the short term relief might be prompting some of us to lose sight of the bigger picture.

While this decision might be a boon to our wallets, it’s a blow to the independence of our cities.

There are three ways to look at the announcement from the province that new transit money is going to Toronto and elsewhere from a doubling of the gas tax, effectively nixing Tory’s plan for road tolls on the DVP and Gardiner. One, Kathleen Wynne demonstrated that the main priority for the rest of her premiership is to salvage what she can of her political career.

Two, shouldn’t municipalities fund their own projects and gain some independence without having to constantly rely on the province to bail them out?

Thirdly, Brampton commuters  who work and play in T.O. may have been spared road tolls, but the long term pain will remain.

Since she’s a former provincial transportation minister, I am convinced that Kathleen Wynne believes private congestion pricing would have been an ideal long term solution. That said, she has a caucus full of suburban MPPs who are against the idea of losing their jobs in the 2018 election. Wynne’s Peel Region MPPs were probably begging on their hands and knees and/or screaming in rage at her to stop Tory’s plan, no doubt reflecting the wrath of 905 constituents.

Wynne herself isn’t immune on the local level either (the DVP runs right through her Don Valley West riding). With her popularity sinking like a stone based on hydro rates, scandals and other mismanagement, Wynne had to do something to secure what’s left of her political base. It’s sickening that she made a decision based on her short term political instincts, as no other political party leader backed road tolls. If even she didn’t have the political courage to stick to her belief in doing the right thing, it does not seem like anybody will.

As for Tory, his response has been quite measured. But as you sift through his words, one can see he was clearly disappointed. He indicated the hypocrisy that while the province opted to deny Toronto the ability to toll their own roads, the same government allowed toll lanes on one of its own highways (the HOV lanes). The mayor did say that while the gas tax is a good step, it cannot be the only step. The increase (about $170 million for Toronto) is less than what Toronto could have raised on its own ($300 million). You can criticize Tory for sounding a bit greedy and ungrateful, but if you’re planning to not only pay for new transit but also maintain existing infrastructure, you might need more than $170 million.

That leads me to my second point. How much longer can a province dictate to municipalities what they are allowed to do and not do? It doesn’t matter who is in charge at Queen’s Park, there seems to be this paternalistic response from the province that indicates an undervaluing of municipal autonomy. It is reminiscent of the old days when former Toronto mayor David Miller had to go like a beggar to Queen’s Park every year to ask for money so Toronto could balance the budget.

Do you prefer that the cities and other municipalities have some measure of independence to decide how to pay for these projects, or would you prefer the province decide what’s best for a city, town or community? Why even bother having municipal governments and elections for mayors and councillors if the province is going to decide what they’re allowed to do?

If Premier Wynne feels that she can override the local decision making of the largest city in the country, what is there to stop her or a future premier from doing the same to Brampton and other surrounding municipalities? Don’t expect Patrick Brown to behave any different; he was against road tolls too, even as he was saying he would respect local municipal decision making.

Perhaps the collective commuter class is to blame; we selfishly believed we could drive on highways for years without a care in the world, thinking that we already paid for them through our taxes. Yes, you do pay for them through taxes, but roads have to be maintained and repaired, which will happen as more of us drive on them year after year.

Either you pay for it in a direct way through tolls, or you just sit and wait until the province hands you some money scraps here and there to keep you happy in your cars. I think some of you who called talk radio this past week to voice your relief over no road tolls should really think long and hard about what will happen in 10 years, when you’re still stuck in traffic complaining about the same problem that could have been solved by just a little bit of shared sacrifice.

A premier’s naked political ambition to survive, a precedent set that could potentially disregard municipal government’s independent decision making, and Brampton and 905 commuters’ collective pettiness may have cost this region in the long term an actual shot at solving congestion. Just something to chew over during your weekly commutes as you sit in traffic.