Should Brampton Cab Drivers Be Forced To Take An English Proficiency Test? 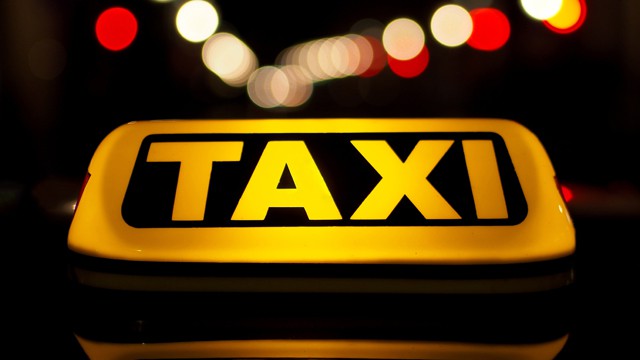 Did you know that Toronto taxi drivers are not required to take an English proficiency test but Brampton and Mississauga cabbies are?

Did you know that Toronto taxi drivers are not required to take an English proficiency test but Brampton and Mississauga cabbies are?

The Nov. 23, 2016 Brampton City Council had an agenda item on whether to suspend the requirements for an English proficiency test for taxi drivers in Brampton. You can watch the segment pertaining to this issue from the council meeting here.

Milton Bangoo, an operator of Brampton Kwik Kab, gave an account of how the requirement for cabbies to speak English is killing his business. He asked that Brampton bylaws be amended so they are aligned with Toronto’s by-laws, at least regarding the language requirements. In Toronto, the basic requirements to obtain a tax license and operate as a driver are a G license, a driver’s abstract and a criminal background check. If Brampton continues asking for an English proficiency test for Brampton taxi drivers, those drivers, according to Bangoo, will find work in Toronto instead.

Councillor Martin Medeiros moved the motion to change the wording in the by-law to essentially remove the proficiency test for English to a more simpler working knowledge of English. He made a point that tow truck drivers, school bus drivers and Uber drivers do not have these stringent requirements in terms of getting tested on their English, so why do taxi drivers? Councillor Medeiros also engaged in a small Twitter war with a gentleman named Ron Evans on this matter, as the trail of tweets below show:

@iPolitypus Need to know why my Councillor @councillorjeff would vote for this. As for My Reg. Councillor @medeiros_martin well, no surprise

Councillor Gurpreet Dhillon was also in favour of leaving it to the taxi brokerages and companies on deciding what level of English their drivers should be required to have. With the proliferation of Uber and other ride-sharing services which are not governed by English proficiency requirements, Dhillon proposed that the municipality refrain from enforcing a by-law and to allow the industry to set up their own rules, thus levelling the playing field for them against Uber.

On the other side, the arguments for public safety and the need to put some standards in place were brought forward by Councillors Grant Gibson, Elaine Moore and Gael Miles. If you’re in a cab, they argue, you at least want to have a conversation with the driver in English, basically so you can explain where you want to be dropped off. Councillors Moore and Miles basically said they already looked into this issue and don’t see what the big fuss is about. Miles said that if the city of Brampton isn’t regulating the English proficiency requirement, then it really becomes the wild west when it comes to the ride-sharing industry and everyone establishes their own rules.

Some of you pro-free market types would probably be cheering on that idea.

Miles later proposed that Brampton simply stop issuing licenses for taxi cabs, saying if the move is to not have rules then the city should not be in the business at all. She also engaged in a war of words with Councillor Medeiros, claiming he made derogatory comments about her views. At one point, another councillor attempted to move a motion to defer the issue so more information could be obtained, but it failed on a tie vote of 5-5 (how often do you see a tie vote in Mississauga City Council?).

There was more back and forth during the council meeting; some members essentially arguing that the amended motion didn’t really change anything but they ended up passing it in a 9-1 vote, with only Councillor Gael Miles voting against (one councillor was absent for the entire debate). The motion was the following:

That a by-law be passed to amend Mobile Licensing By-law 67-2014, as amended, to include a provision that he or she (Taxicab drivers) shall be able to communicate in English.

I’ve been on record saying that Uber should be allowed to operate alongside the taxicab industry, but if that is going to happen, regulations have to change in order to foster fair competition. If Uber can self regulate and not have a stringent English proficiency requirement for them to operate in Brampton, Toronto or anywhere else in Canada, then why is the taxi industry being held to another standard for providing the same services? The council and staff did discuss amending the motion to continue allowing Brampton to take action on complaints from passengers should they have issues with their taxi driver if they were no longer regulating English proficiency requirements.

The bigger issue I see here is the continuing struggle of governing in a city that is overwhelmingly non-Caucasian with policies being implemented and decided on by predominantly white men and women. According to the last census done in 2011, 38 per cent of Brampton is South Asian; as we move forward you can assume that most Brampton taxi drivers, if they are South Asian, are going to be overwhelmingly serving passengers of the same background. In all honesty, English may eventually become a secondary language in Brampton in the future.

The city needs to prepare for this reality in a meaningful way.