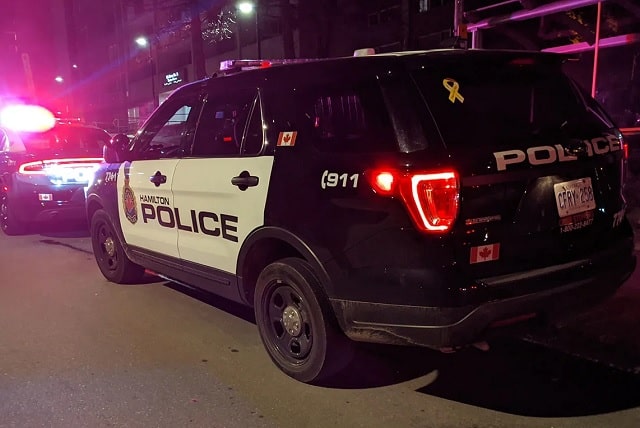 Hamilton police are searching for at least one suspect after several shots were fired into the door of a Stoney Creek home early Friday.

At around 1:30 a.m., Hamilton Police Services responded to the area of Columbus Gate and Lexington Avenue after receiving reports of a shooting. Officers discovered that several bullets had been fired into the front door of the residence. No one inside the home was physically injured.

A lone suspect was seen fleeing the area shortly after on foot.

Hamilton police investigate after multiple shots were fired at a residence on the Stoney Creek mountain.
READ MORE:https://t.co/BnsSeucxYd

Investigators are asking any residents in the area to check their video cameras for any footage that may assist with the investigation. Any information that might assist HPS with the investigation can be passed to Det.-Sgt. Greg Doerr or the East End Detectives Office by calling 905-546-2929.

Information can also be provided through Crime Stoppers (1-800-222-8477,  or online at crimestoppershamilton.com.)