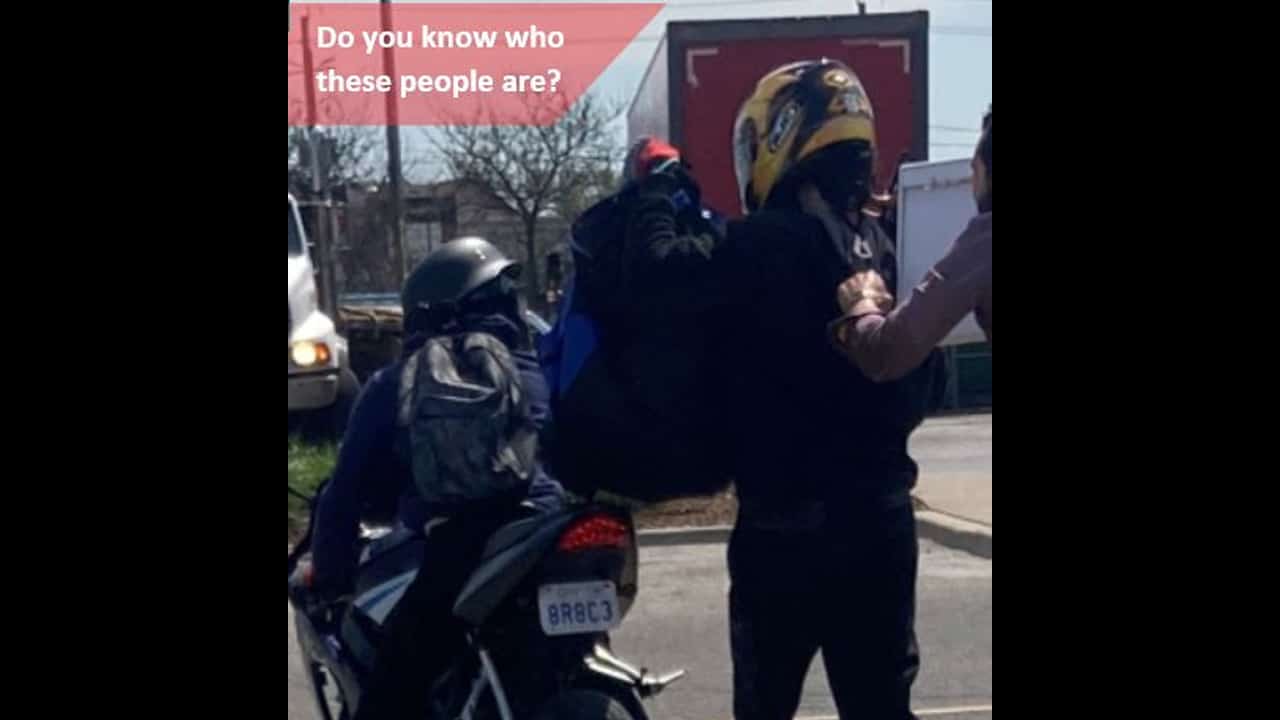 Though reported here earlier, Niagara Police have released more details on today’s (May 11) jewelry store robbery in St. Catharines, including a picture of the suspects.

At 11:30am, officers were called to Karat Jewellers located at 285 Geneva Street in St. Catharines for reports of an armed robbery.

Confirming Karat Jewellers had been robbed at gun point, they discovered two people inside the store were sprayed with a substance believed to be “bear spray” by one of the two suspects

As the pair fled the store, shots were fired and another person was struck.  All three were taken to a local hospital by Niagara EMS.  The shooting victim has since been transported to an out-of-town trauma centre for further medical treatment where they are currently listed in serious condition with non-life threating injuries.

The suspects took off on a motorcycle, believed to be a sports bike, which was last seen on the QEW travelling Toronto bound.

The descriptions of the suspects (photo below) are as follows:

Both suspects are considered to be armed and dangerous so if seen, do not approach, contact 911 immediately. 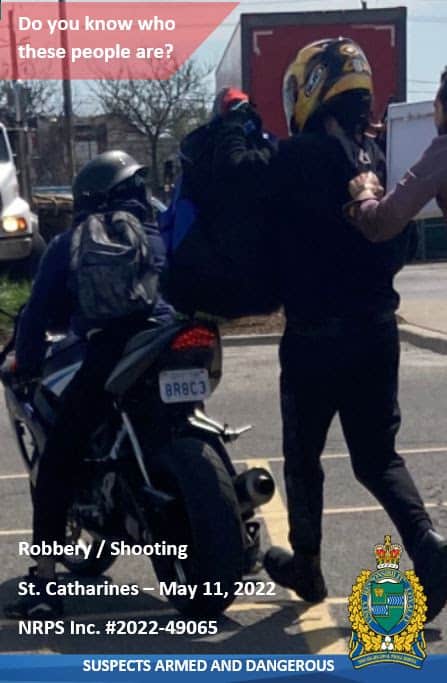