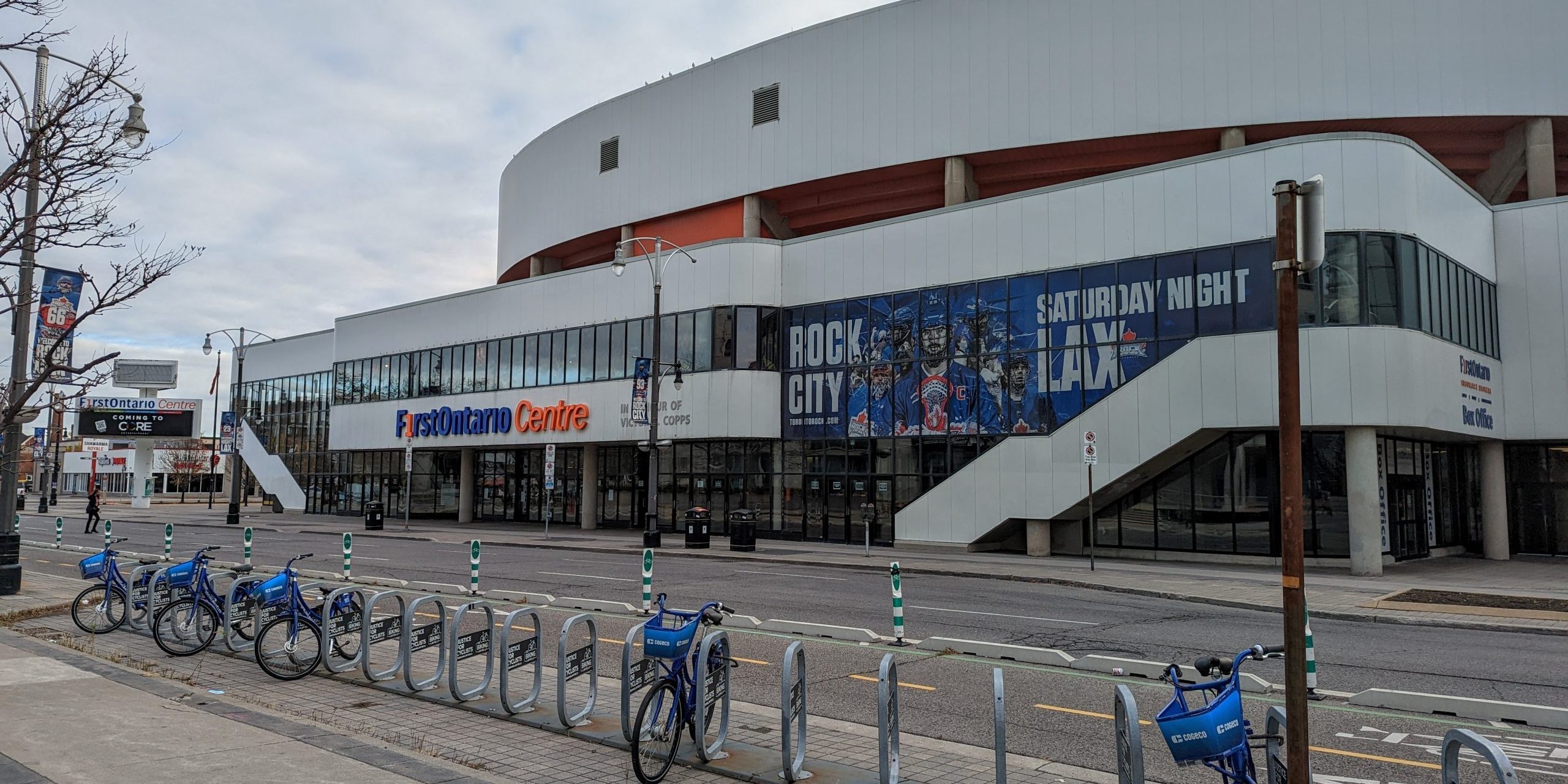 There's been a communication breakdown between the tenants of FirstOntario Centre and the group responsible for the downtown Hamilton arena's renovations. (Anthony Urciuoli/insauga photo)

There appears to have been a communication breakdown between the tenants of FirstOntario Centre and the group responsible for the downtown Hamilton arena’s renovations.

Hamilton Bulldogs owner Michael Andlauer took to Instagram to communicate with worried fans after news broke that the Ontario Hockey League club would not be allowed to play at FirstOntario Centre for the next two seasons while work is being completed.

“I was as surprised as you are that the Bulldogs are going to be forced to leave our home… We had been told that the renovations would occur in a manner that would allow hockey to continue,” the post reads.

“We 100% support the renovation to our arena, in fact, we have been calling for significant and necessary improvements for years.”

“I had hoped, however, to have the opportunity to speak to you first with this shocking and unexpected news and come to you with a solution to the short-term location change,” Andlauer continued. “Unfortunately, other parties had different plans and chose to share the news prematurely.”

The Honey Badgers of the Canadian Elite Basketball League say they were equally caught off guard.

However, the Hamilton Urban Precinct Entertainment Group (HUPEG) says they notified the Honey Badgers and Bulldogs months ago that they would need to make arrangements for a new home arena. 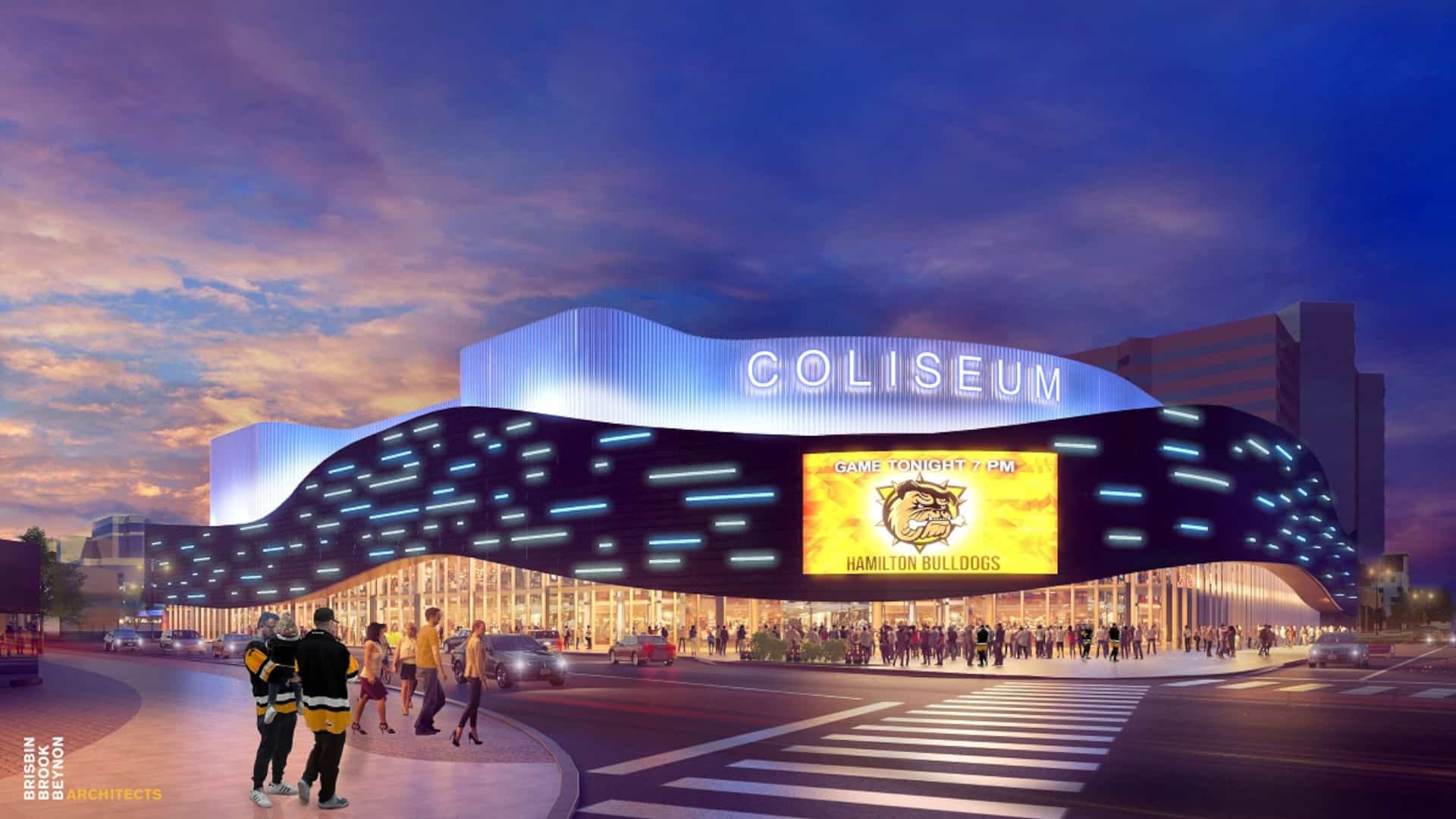 Regardless of where the miscommunication originated, both clubs — and the Toronto Rock, which play their home games at FirstOntario Centre — will need temporary homes for 2023 and 24.

“As evidenced by the last seven years in Hamilton, I along with the entire Bulldogs leadership team, our players and our staff love Hamilton,” continued Andlauer in his Instagram post. “We want to be in Hamilton. That is why in 2015 I purchased the Belleville Bulls with the express intent of moving them to the Hammer. Many didn’t think that OHL Hockey could thrive here, but you, the fans, the team and the sponsors, proved everyone wrong!”

“Over the coming weeks, my number one job is to find a home arena for the team for the upcoming two seasons. I know that we can find a solution that is convenient for our Bulldogs community and allows our players to continue with great Bulldogs hockey!”

“…we will keep the Bulldogs’ community informed of next steps,” the post concludes.

Hamilton City Council formalized a 49-year agreement in June 2021 that got them — and taxpayers — out of the entertainment business.

Councillors approved the Downtown Entertainment Precinct Master Agreement, which would see HUPEG lease, operate, and maintain FirstOntario Centre, FirstOntario Concert Hall and the Hamilton Convention Centre. There are also plans to build three highrises, one of which could be home to the Art Gallery of Hamilton.