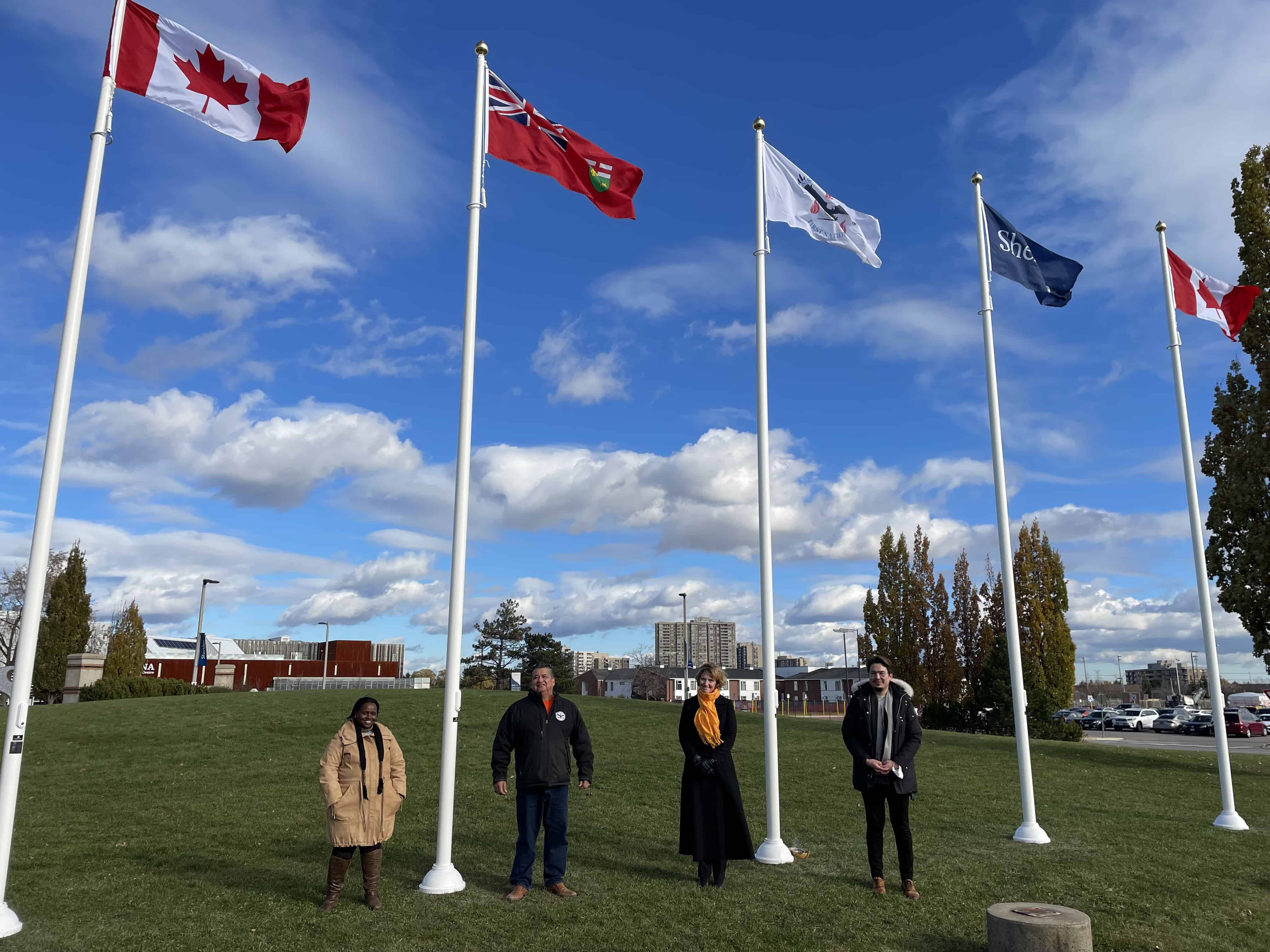 The Mississaugas of the Credit First Nation flag has been raised by Sheridan College at both its Oakville and Brampton campuses.

With the permanent installation of the flag on Tuesday, the local college says it is reaffirming its commitment to advancing Indigenous education and truth and reconciliation.

(Chief) Gimaa R. Stacey Laforme from the Mississaugas of the Credit First Nation was in attendance for the special flag raising ceremony at the Davis Campus in Brampton. The flag raising comes on the heels of Treaties Recognition Week in the province, in which Sheridan hosted a community conversation with Darin Wybenga, Traditional Knowledge and Land Use Coordinator of MCFN.

“It is important to reflect and honour the treaties as they continue to have relevance and impact on our constitutional obligations as a society, and as a country,” says Elijah Williams, Director of Indigenous Engagement. “This flag raising is a visible demonstration of our dedication to continue making deliberate, thoughtful actions to advance Indigenous education in our community.”

Community outreach is regularly performed at the centre with special events such as talking circles, guest speakers and webinars in an effort to help raise awareness about Indigenous history.

The Sheridan Centre also contributes to the college’s goal of building more inclusive practices within its culture of research and scholarship.

In collaboration with the Library and Learning Services team, the school centre helped develop the first Indigenous Research Guide in 2016 and collaborated with Sheridan Research to develop a Research Guidelines with Indigenous People in the fall of 2020.

“This important journey we’ve embarked on will take many years, but I am confident in our role as educators to nurture a future in which Indigenous values, knowledge and language are treasured and celebrated.”

As part of its community education mandate, the Centre offers a six-week workshop series for students and employees titled Looking Forward, Looking Back: Indigenous Learning Series.

The goal of the series is to provide the Sheridan community with the foundational knowledge needed to have a greater understanding of truth and reconciliation and how they may answer the calls to action both individually and collectively.