Shaw opts out of wireless spectrum auction amid Rogers deal 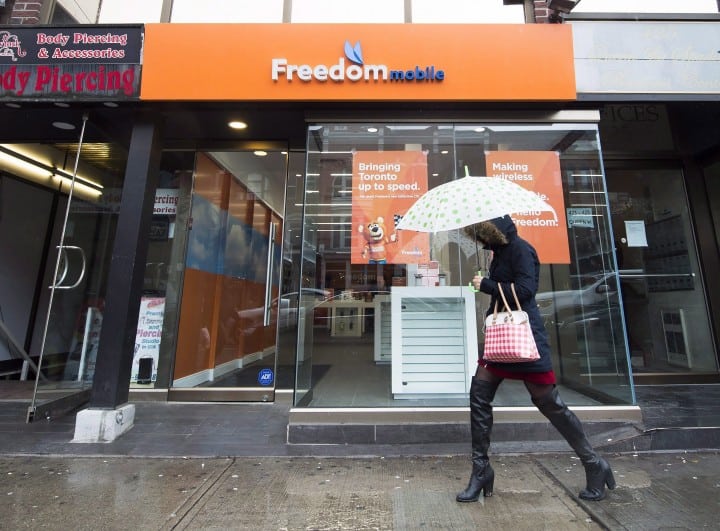 Freedom Mobile and its parent Shaw Communications Inc. will not participate in a wireless spectrum auction deemed crucial for the development of 5G networks.

The two companies do not appear on a list published by Innovation, Science and Economic Development Canada (ISED) of telcos that have applied to participate in the June 15 spectrum auction.

The 3,500 megahertz auction will provide winning bidders with the capacity to build out and speed up their 5G wireless networks, which are being rolled out around the world.

There had already been doubt about whether Freedom could continue to put competitive pressure on the three biggest wireless companies when the family that controls Shaw struck a deal in March for the company to be bought by Rogers Communications Inc. for $26 billion.

A Freedom spokesman said the company had no comment.

Freedom operates in three provinces — Ontario, Alberta and British Columbia — and has Canada’s fourth-largest subscriber base but is still small compared with Rogers, BCE Inc. and Telus Corp., which collectively have more than 90 per cent of the market.

The list of 24 applicants posted by the Government of Canada includes the Big Three — as well as some smaller candidates, including Eastlink parent Bragg Communications and Videotron, which is owned by Quebecor Inc.

Quebecor CEO Pierre Karl Peladeau told MPs on March 31 that the Rogers-Shaw deal will result in the elimination of the fourth player essential to maintaining real competition.

Most Liberal and opposition MPs on the committee have expressed concern over the impact on competition and some have questioned how the announcement would affect the auction — but got no concrete answers from telecom executives who cited strict government confidentiality rules.

The same committee, which isn’t a regulator but plays an advisory role, will question officials as part of their hearings on Wednesday afternoon.

The MPs have already heard from numerous consumer advocacy groups and academics who warn that the disappearance of Freedom as a strong player would take away an important counterweight to the power of the Big Three.

Other applicants for the auction include Saskatchewan Telecommunications (SaskTel), which is owned by the provincial government, and TechSavvy — an Ontario-based private company that provides internet and TV services in several provinces.

A final list of bidders will be compiled on April 22.