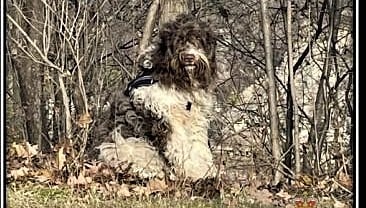 A shaggy dog, most likely a sheepdog blend, had Niagara Parks Police panicking yesterday (December 1) as it sprinted alongside the Niagara River Corridor just inches from a plunge down the escarpment and into the treacherous waters of the Niagara River.

As of 1:30 pm this afternoon (December 2), the large wooly brown-and-white dog was captured successfully and transported to the St. Catharines location of the Lincoln County Humane Society, some 24 hours after it was first spotted in the Portage Road and Niagara Parkway area of Niagara-on-the-Lake.

The fact that the dog was wearing a blue harness but no leash had the parks police worried that his owner might be stranded in the area, as well.

To that end, the town’s fire department and Niagara Helicopter were brought in on a search mission. However, there were no signs of the owner anywhere along the escarpment or in the Niagara River.

At the moment, the humane society is seeing if the dog is microchipped as the owner is still unknown.

Anyone who may recognize this dog or have any information about this investigation is asked to contact the Niagara Parks Police Service at 905-356-1338, extension 0 or the Lincoln County Humane Society at 905-682-0767. 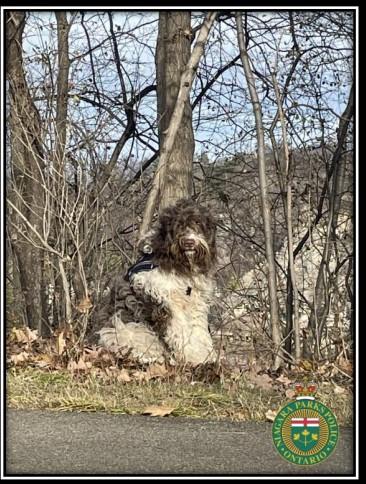