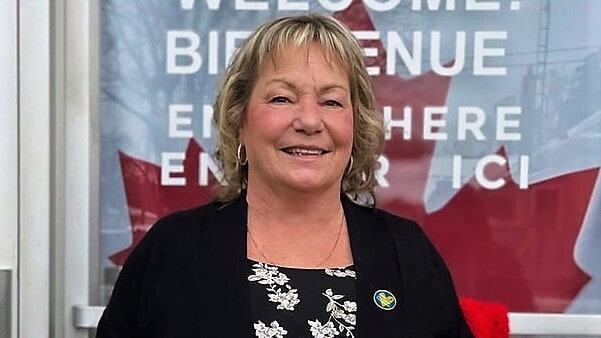 St Catharines MPP Jennie Stevens is calling on the government to ensure sexual assault victims are no longer turned away from hospitals. - via Jennie Stevens Facebook.

A recent trend of rape victims being sent away from an emergency room in Niagara Region has prompted calls from Opposition Leaders and the local sexual assault centre for reforms.

Reports began to come in late last week that survivors who went to the St. Catharines General Hospital seeking rape kits were being turned away. They were told to either head to Hamilton or to come back the following day without bathing in the interim.

According to a statement from the Niagara Sexual Assault Centre (NSAC), the St. Catharines Sexual Assault Domestic Violence Unit (SADV) at the hospital only has a staffer available for survivors half of the time.

“This means that an unknown number of survivors of sexual violence are being turned away from Niagara’s only SADV unit. They’re being asked to go to Hamilton or Burlington via taxi, or to return the next day and not shower or change in the meantime.”

Calling these delays in care “unacceptable,” the NSAC said they have significant impacts on the health of survivors, “The consequences of these delays are numerous. Not only can it further impact the mental health of the survivor, but it also can lead to them not receiving antiretroviral and other crucial medication that must be administered in a specific time frame.”

Additionally, the delays endanger valuable evidence, which the NSAC said, “degrades by each passing hour: oral swabs must be taken before 24 hours has elapsed; skin, fingernail, pubic hair etc. samples before 72 hours and only if the survivor does not shower.”

Problems at the St. Catharines General (SADV) are not a result of the COVID-19 pandemic, NSAC claims. They said they have been working on the staffing issues in the unit for years and met with Niagara Health CEO Lynn Guerrero as recently as March.

“We do want to acknowledge the wonderful nurses that work at the Niagara SADV. They are a dedicated team of highly skilled professionals that work tirelessly to ensure that survivors feel safe, heard, and cared for,” NSAC noted.

“Unfortunately, there is simply not enough staff.”

Writing with “grave concern” they said, “Sexual assault shatters people’s lives, and the impact of this violence must never be minimized. The rates of posttraumatic stress disorder for survivors of rape are incredibly high. Their road to trauma recovery is long, confusing, often volatile, and immensely difficult.”

“It is with this in mind and heart that we, as leaders, must work together to ease this path for survivors and remove each and every barrier we can along the way.”

The pair of MPPs note that being turned away from care likely had the opposite effect on these women. “It very likely compounded the trauma of those who took the difficult first step towards justice and recovery, only to find they were unable to access a Sexual Assault Evidence Kit when they needed it.”

This rejection is “beyond comprehension,” they stressed, “Imagine the horror of a survivor having to avoid changing their clothes or showering after being assaulted to preserve evidence while they waited hour after agonizing hour.”

They additionally called on Jones to address the staffing shortage, gripping not only St. Catharines General, but the province as a whole. They again, as is common refrain for the NDP, for the Government to lift the cap on Health Care workers wages.

One of the first moves of Premier Doug Ford’s government was Bill 124 which caps health care workers wage increases at 1 per cent a year. The legislation has contributed to a rash of resignations that is only expected to worsen.

Recent Statistics Canada data indicates the health care system will continue to hemorrhage workers as nearly 25 per cent of nurses, 16 per cent of PSWs and 11 per cent of doctors are looking to leave the field over the next three years.

Back in August, following a weeks long silence on the staffing shortage, Jones said the government had no plans to repeal the bill as it was a ““a conversation for another day.” Instead she said Ontario was looking to expedite certifications for foreign-trained nurses, but did not cite how many.

Additionally, the two NDP MPPs called for a 30 per cent funding increase for sexua assault centres. Recent reports found the Ontario Government is up over $2 billion in the black. Previously the Government had expected a $13 billion shortfall.