Several Drivers Arrested During First Half of Impaired Driving Blitz 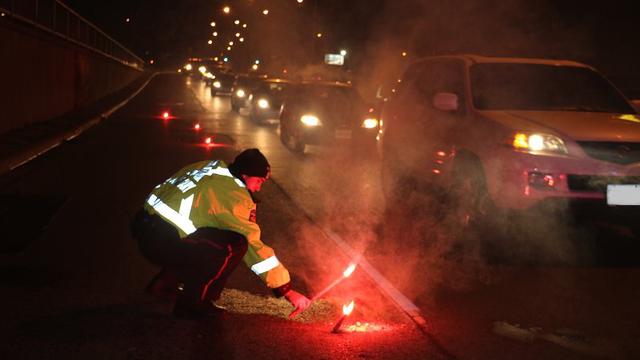 While it’s never okay to drink and drive, the holiday season is upon us, and with that, Peel Regional Police’s Festive RIDE program is running in full force in Brampton and Mississauga.

The Festive RIDE program typically happens for six weeks from the end of November into early January to combat the high number of incidents that tend to occur around Christmas and New Year’s.

This year, Peel Regional Police are on high alert for impaired drivers from November 18, 2017-January 2, 2018.

Police have announced first three weeks or so — essentially the first half — of this year’s campaign from November 18-December 12, 2017.

During the first half of the campaign, police have investigated 12,911 vehicles, given out 90 WARN range suspensions, and made 67 arrests on Brampton and Mississauga roads.

Here’s a breakdown from the first weekend of ride checks this year and the following few weeks: 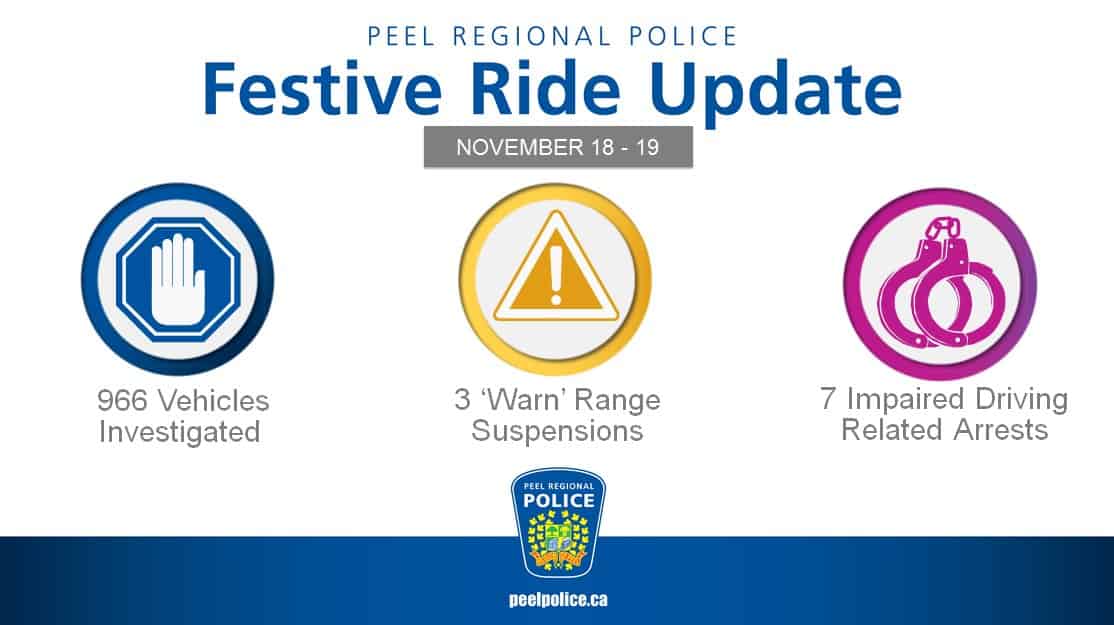 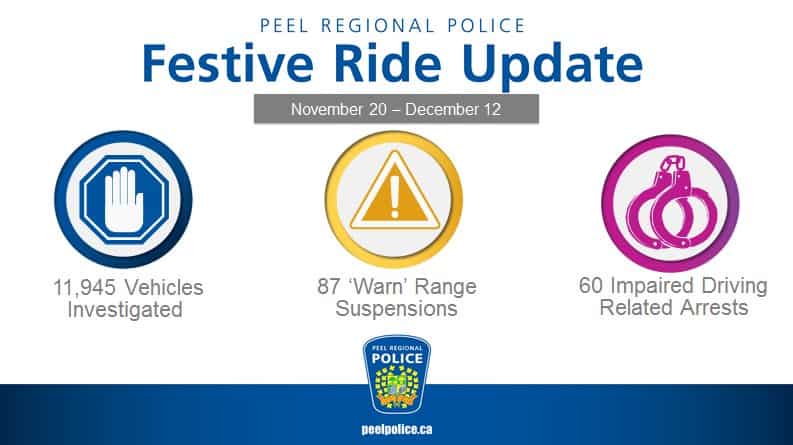 During last year’s six-week Festive RIDE campaign, police stopped a total of 33,011 vehicles, gave out 208 WARN suspensions lasting anywhere from three and 30 days, and arrested 215 drivers for impaired driving. Sixty-nine per cent of those charged were between the ages of 21 and 40. Of those charged, 121 were male and 30 were female.

“It is concerning that the number of persons charged is this high during a six week period,” said Inspector Paul Pogue from Road Safety Services of Peel Regional Police last year.

“This number represents the need to continue Festive R.I.D.E and other road safety initiatives to ensure safe travels for the residents and visitors of the Region of Peel. Moving forward in 2017, Peel Regional Police will continue to work with our partnering agencies to educate the community and enforce the rules of the road for safe travels.”