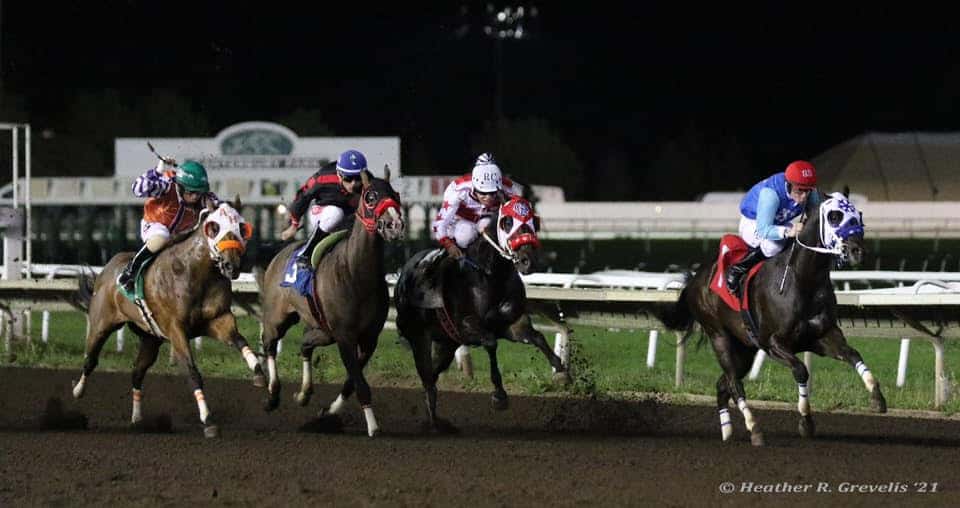 Seventeen of the top 2-year-old Quarter Horses in North America will vie for a spot in the final of the $100,000 Alex Picov Memorial Futurity in two Time Trials at Ajax Downs on Wednesday.

The Picov Futurity final, the richest race of the Ajax Downs meeting, will be held October 27.

The Trials, at 400 yards, are races three and four on a strong 10-race card that also includes the third leg of the Quarter Racing Owners of Ontario Distance Series, to be run at 440 yards.

The first Futurity Trial, worth $8,000, has a formidable trio from the barn of leading trainer Jason Pascoe. Both SW The Redeemer and Eye Live For Candy, owned by Milena Kwicien of Burlington, are making their Ajax Downs debuts after beginning their careers in the U.S.

SW The Redeemer, the first foal of multiple Ajax Downs winner Rockin Miss Kitty, recently won his maiden at Canterbury Downs in Minnesota after finishing second beaten only a neck in the $71,000 Minnesota Quarter Horse Futurity in his previous start. Ricardo Moreno will ride the bay gelding from post position five.

Eye Live for Candy, a brown filly, won a Trial for the $137,000 Northland Futurity at Canterbury but was bounced around out of the gate in the final and finished out of the money.

Ismael Mosquiera gets the mount.

The third Pascoe trainee is Belinda Taggart’s Ontario bred Kold Kinda Star who was third in the Ontario Bred Futurity and fourth in the Ontario Sires Futurity.

The Alex Picov Memorial Futurity has been won by great Canadian Quarter Horses in the past, such as One Kool Wave, Jumping Guitar, Had to Be Ivory, and last year, Streakinlilwagon.

The October 6 co-feature is race eight, the $20,000 QROOI Distance Series, leg 3 headed by Spy for the Senate, who won the first leg of the series, two-way star Maryland Magic, winner of the third leg of the Sprint Series, and multiple stakes placed Countrys Comin Bac.

First race post time on Oct. 6 is 12:55 p.m. Fans can register to attend the races by visiting www.ajaxdowns.com.

With files by Jennifer Morrison