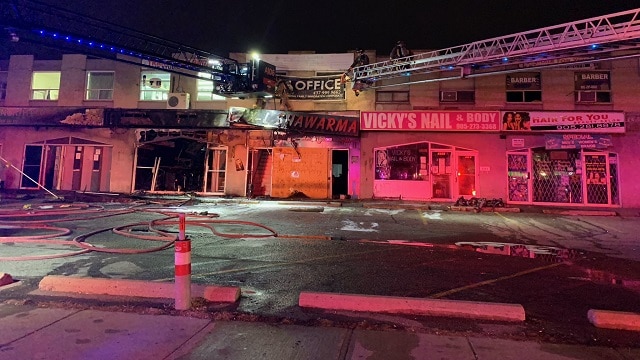 The investigation into an overnight fire in Mississauga is ongoing.

Mississauga Fire responded to a two-alarm fire at a strip plaza on Hurontario, south of Dundas St E.

The fire has since been extinguished, and crews are conducting salvage and overhaul operations.

No injuries were reported and the cause of the fire is unknown.

Northbound and southbound Hurontario remains closed from King St to Dundas St as the investigation continues.

Residents are asked to use other routes.