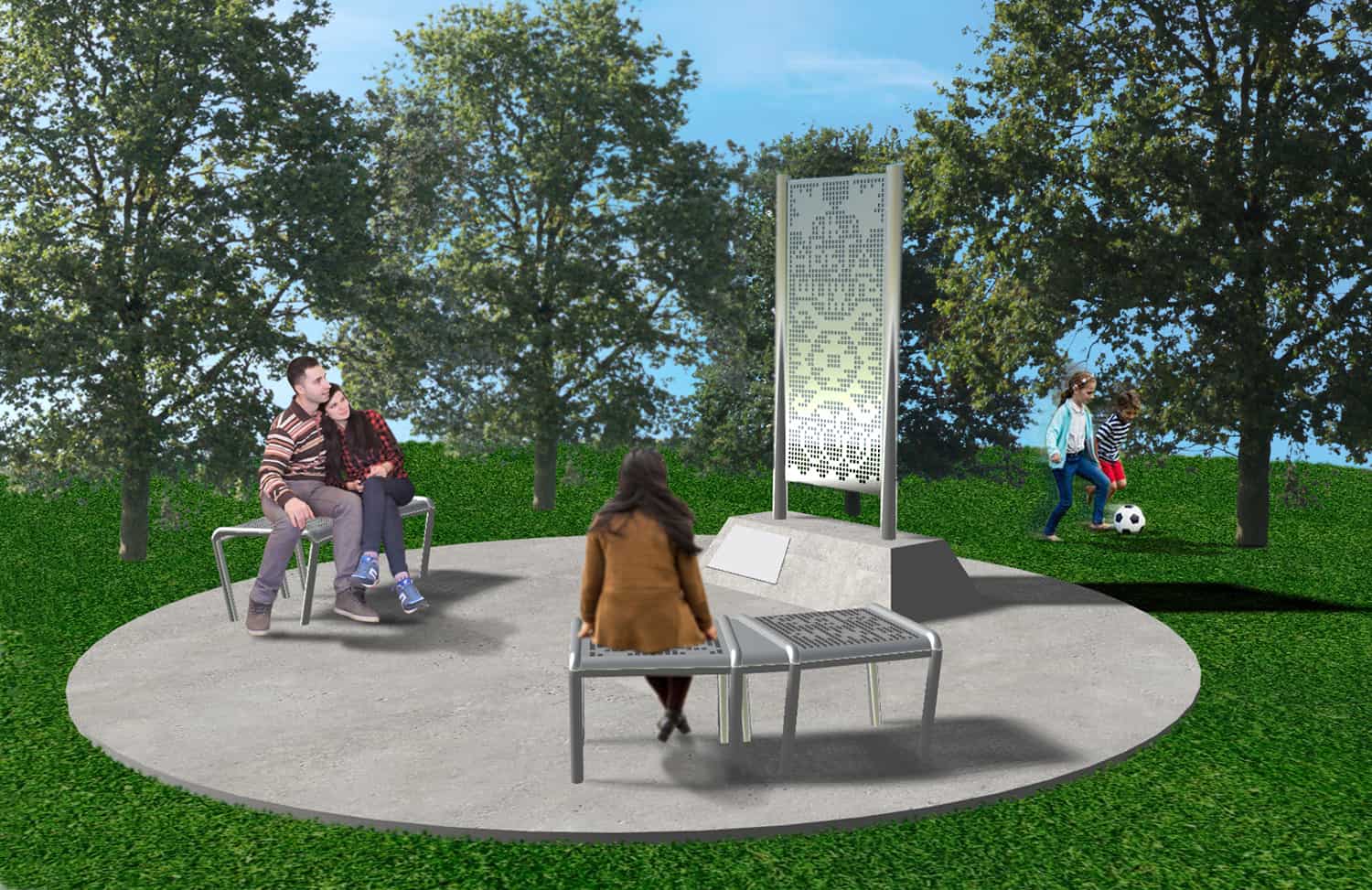 Members of the Serbian Canadian community want to install benches and a monument in an east Mississauga park to honour the first Serbian settlers in Ontario 118 years ago.

The Consulate General of the Republic of Serbia has reached out to the City of Mississauga in its desire to donate and install the art pieces in Applewood Heights Park, at 3119 Constitution Blvd. The park is located near All Serbian Saints Serbian Orthodox Church.

The public art monument, which consists of a vertical panel and two benches designed to look like a hand crochet pattern universal to many cultures, will honour the first Serbian settlers who arrived in Ontario in 1903. It will be placed in the middle of the park, adjacent to the playground and lit pathway, and include two Serbian Spruce trees planted nearby.

The work, designed by Serbian Canadian Toronto artist Lilly Otasevic and titled New Life Weave, features shapes and cultural symbols of both Serbia and Canada, including weaved kilim (tapestry-woven rug), letters from the Cyrillic alphabet, maple leaves and plums. The donors, which include local Serbian Canadian businesses and organizations, will pay and fundraise to install and maintain the monument.

If approved by the City, the monument will be built and placed in the park next year.

(Photo: An artist’s rendition of what the monument could look like)