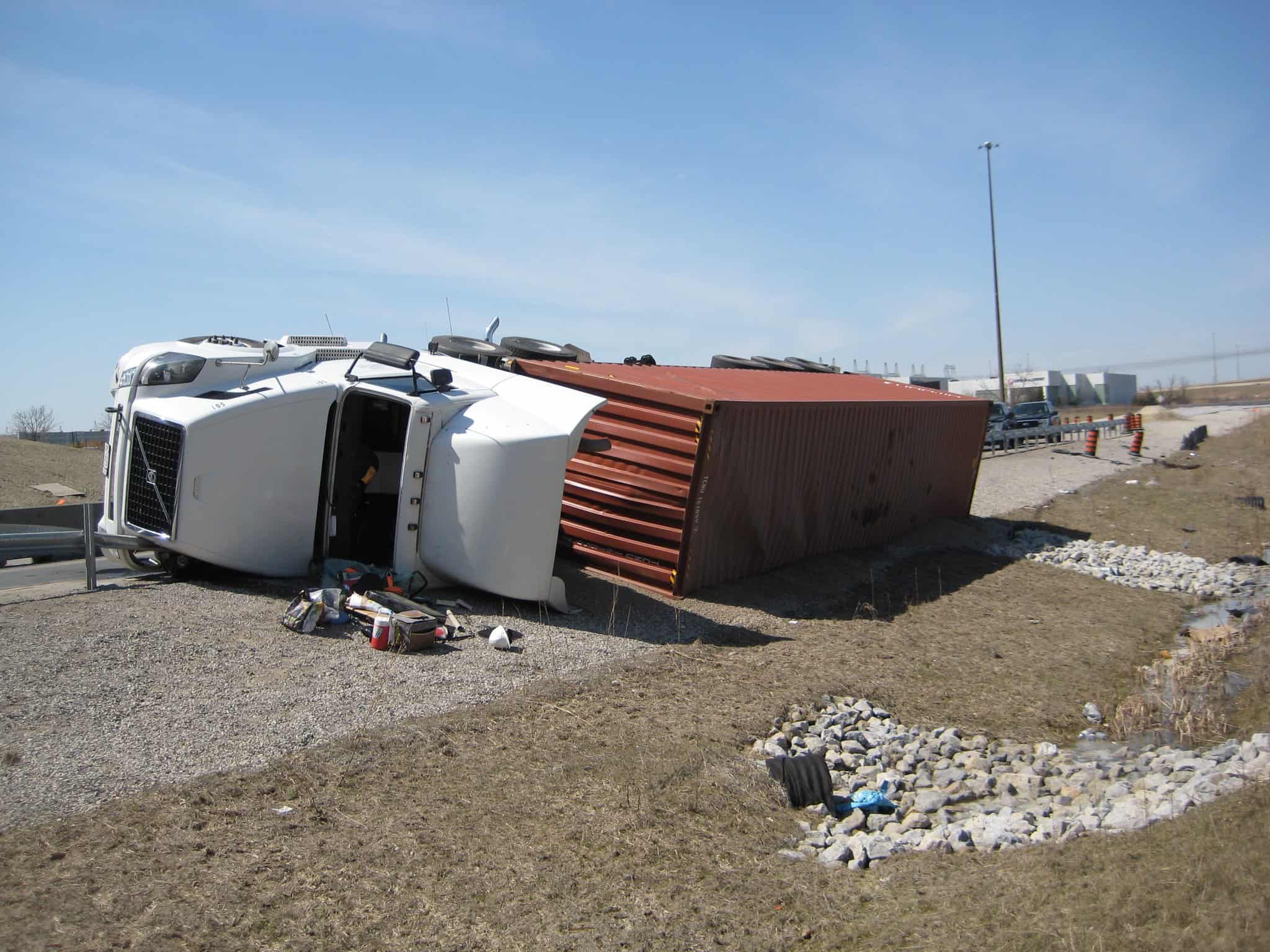 Crews are working to clear the road after a semi-truck rolled over exiting onto Highway 410.

Just after 3:00 p.m. on Monday (April 11), the OPP Highway Safety Division said there had been a rollover at Highway 410 and Derry Road in Mississauga.

Photos posted on twitter show a semi-truck and trailer had tipped onto its side while exiting from Derry Road onto the 410.

No injuries were reported in the crash, and police said the eastbound to northbound exit lane is blocked to traffic.

Clean up and recovery efforts are ongoing, and commuters should avoid the area and try to find alternate routes if possible. 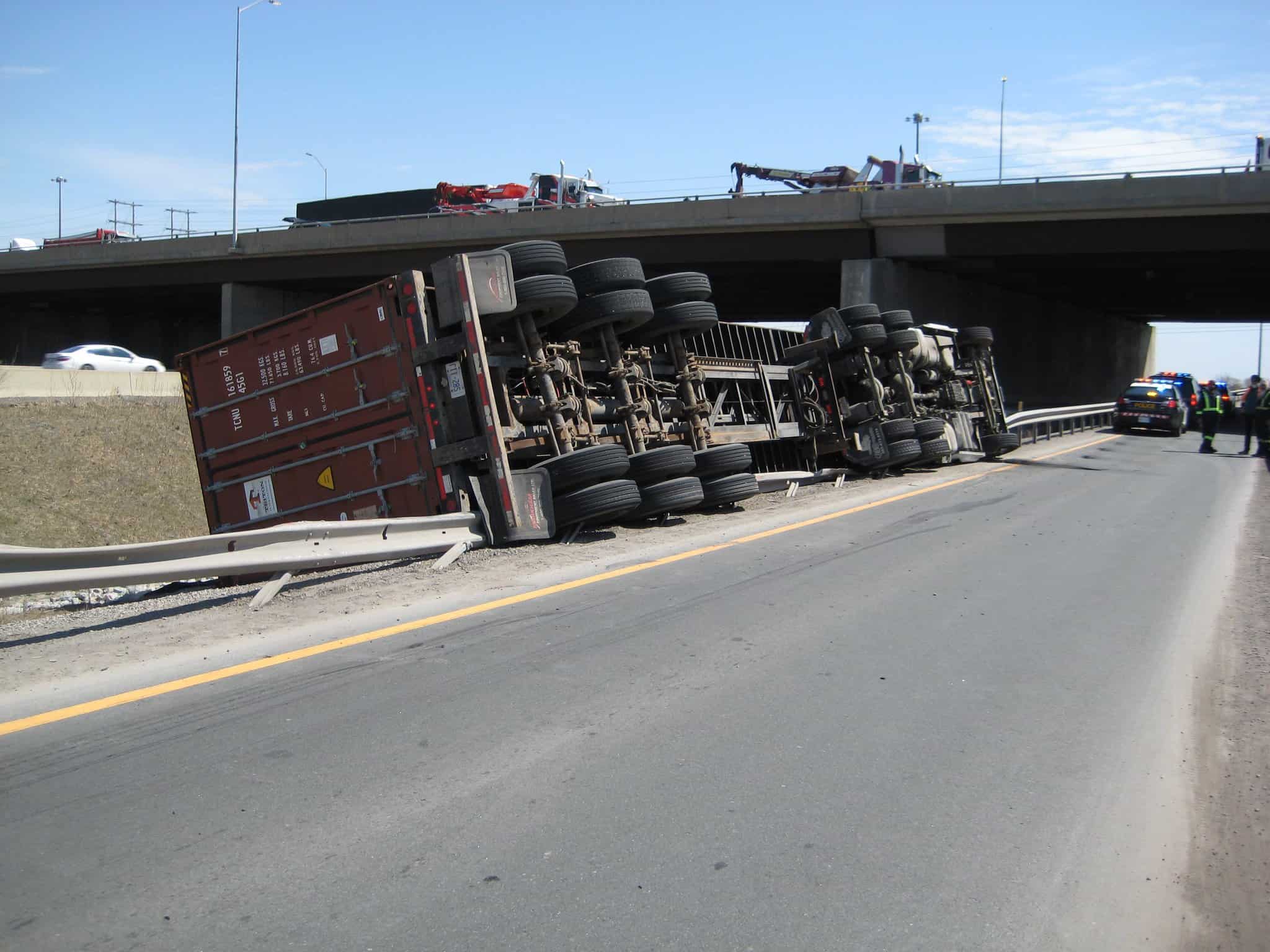