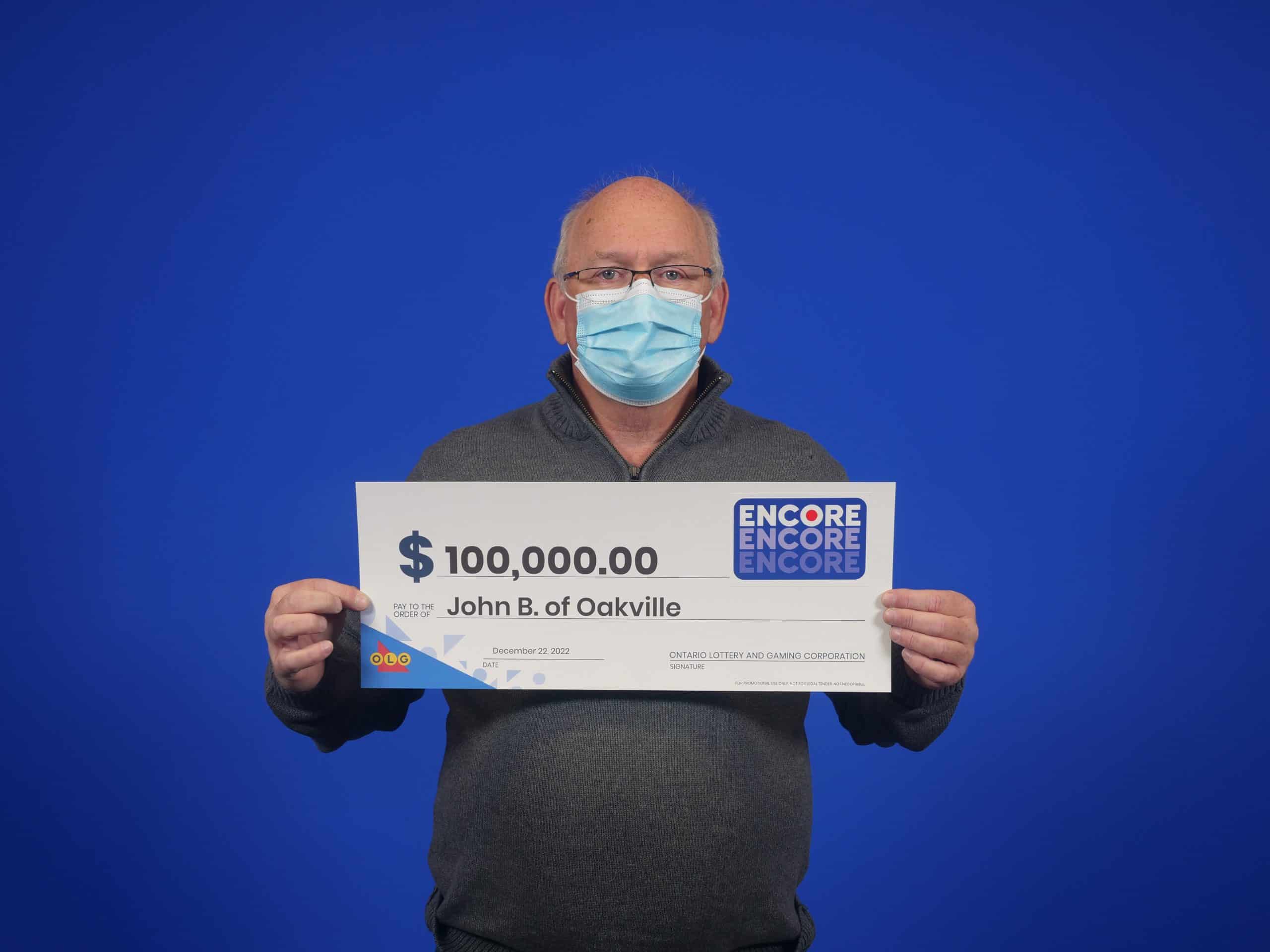 Oakville's John Brennan thought he had won $100 when he first looked at his Lotto 6/49 ticket. A second look and he discovered he'd actually won $100,000. OLG PHOTO

A  second glance at his lotto ticket paid off in a big way for Oakville’s John Brennan.

Brennan, who says he play the lottery occasionally, thought he had a nice little sum to put in his pocket after he first took a look at his Lotto 6/49 ticket from the Nov. 5 draw.

His wife thought the same.

What they didn’t realize at first was that playing Encore had paid off for Brennan. He had matched the last six of seven Encore numbers in exact order and had actually won $100,000.

“I always add Encore,” Brennan said while picking up his winnings at the OLG Prize Centre in Toronto. “I checked my ticket on my phone and thought I won $100 at first. I showed my wife and she thought it was a $100 at first too! We were both so surprised.”

As for what Brennan will do with his winnings, he plans to set them aside for now.