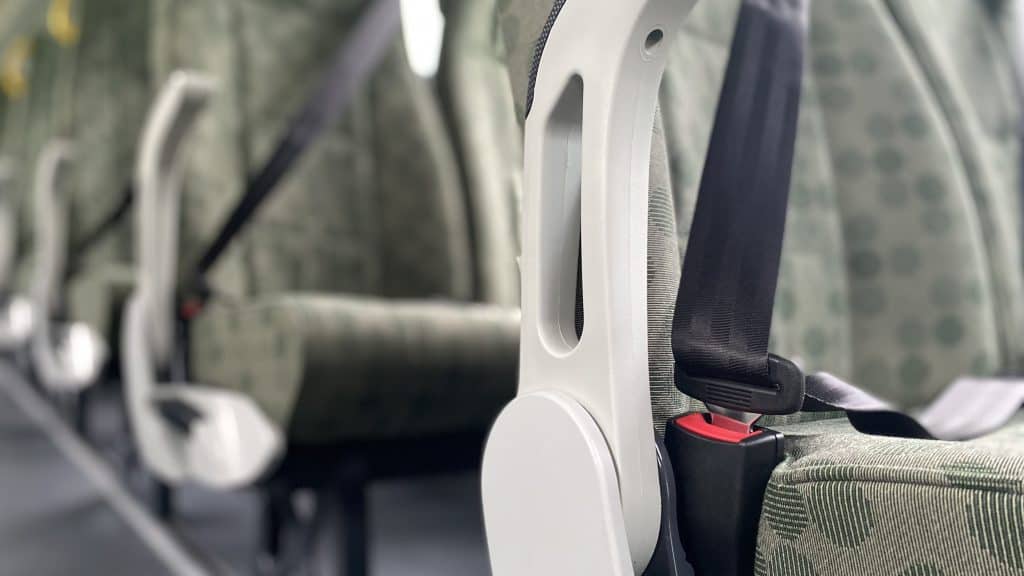 This September, 46 new GO buses will hit the road with an added safety feature.

In compliance with new legislation from Transport Canada, the new vehicles being added to the GO bus fleet this year will include passenger seatbelts.

The legislation, which was implemented in response to the tragedy in 2018 involving a collision between a semi-trailer and the bus carrying the Humboldt Broncos hockey team, requires medium and large highway buses built after September 1, 2020 include seatbelts for passengers.

The legislation does not require retrofitting buses built before the law came into effect with seatbelts, but Metrolinx is currently assessing the feasibility of adding them to their entire fleet—166 single and 267 double-decker buses.

“Although this may feel like a big change for GO bus passengers, we know it’s second nature when they travel by car,” Eve Wiggins, vice president of Bus Services for Metrolinx, said in a news release.

“Our job over the coming months will be to communicate clearly, effectively and often with our customers to ensure they buckle up if they board a bus with seatbelts. It’s the law and seatbelts add to the safety measures already built into our GO buses,” she said.