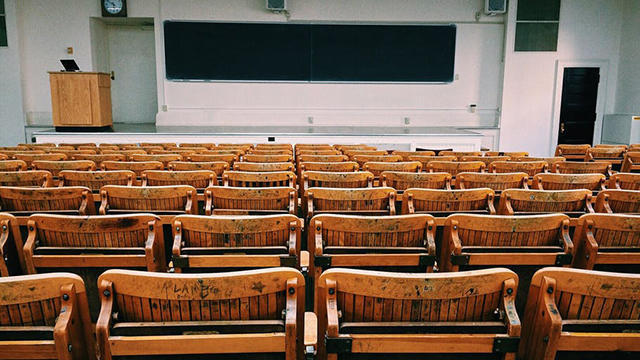 Ontario’s college strike – the longest in the province’s history – has had some unfortunate side effects now that it’s over. The strike lasted a whopping five weeks, and now, colleges, faculty, and students alike are scrambling to catch up.

One of the results of the 24-college strike (that’s all of the colleges in Ontario!) that affected some 500,000 students and over 12,000 faculty is that the school year is being extended.

While some colleges will extend classes for 2017 up until December 18, others – like George Brown and Sheridan – are pushing it so far as December 22.

“I know how challenging and stressful the past several weeks have been,” said Sheridan’s Provost and Vice President, Academic, Dr. Janet Morrison on Sheridan’s back to class website. “We are truly sorry that your learning experience has been interrupted and are fully invested in mitigating the impact of what was a significant disruption.”

Over at George Brown, as another example, a similar schedule to Sheridan’s is in effect. Classes are slated to run until December 22, 2017, classes will resume from January 8-19, there’s time off for marking from January 22-26, and the winter semester kicks off from January 29-Apri 27, with the same winter reading week as Sheridan from February 26-March 2.

“We’ve had to make changes to the semester and we’ve taken the input of the Student Association Executive to minimize the impacts on students’ vacation time, while we maintain the quality of their learning,” said George Brown’s strike updates online.

Meanwhile some colleges, like Humber College, are cancelling their winter reading break entirely.

At Humber College, the schedule looks like this: the last day of classes for 2017 will be December 22, students will have a break until January 2, and the fall semester will resume from January 8-23. The winter semester will run from Junary 29-April 27, and there will be no reading week from February 19-23.

What that looks like varies by college, so if you’re a student, you’ll want to keep your eyes peeled for that information in your email and on your college’s website.