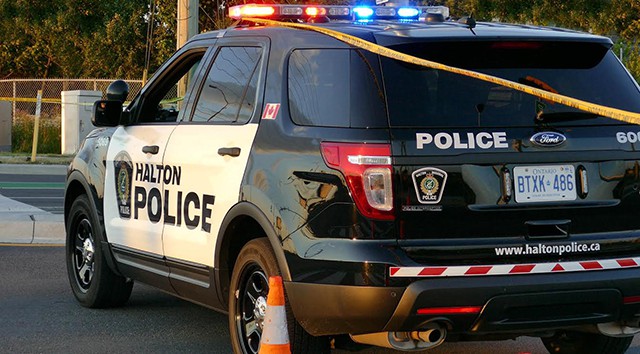 Witnesses are being asked to come forward after a school bus and minivan collided in Milton, sending a Mississauga woman to hospital on Monday.

The crash took place near Sixth Line south of Lower Base Line at 3:45 p.m.

There were no passengers on the school bus, say Halton police.

The bus, driven by a 58-year-old Waterdown man, was heading southbound on Sixth Line.

A Honda Odyssey, driven by a 36-year-old Mississauga woman, was northbound.

The minivan crossed the centre line and struck the school bus head-on, say investigators from the collision reconstruction unit.

The woman was transported to hospital with serious injuries.

The driver of the school bus wasn’t injured.