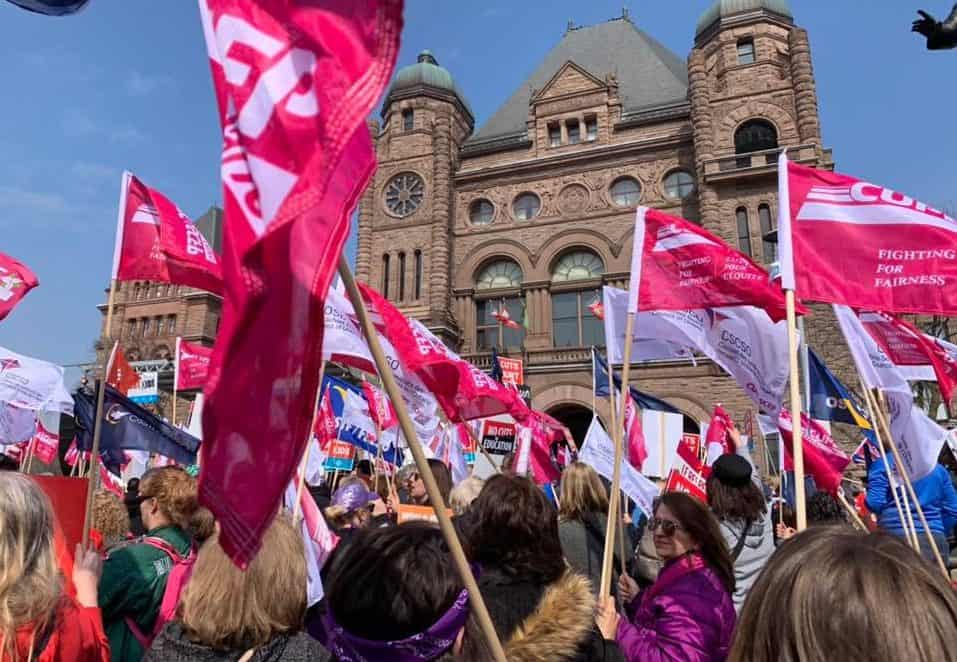 With the provincial government rejecting CUPE’s latest offer today and the union refusing to back down from their promise to strike, it looks like Queen’s Park will be a busy place tomorrow, as union workers from around Ontario join the protest in support.

What won’t be busy will be local schools, which will be shut for the duration of the job action.

Premier Doug Ford and his government are expected to pass legislation today that would impose a contract on the workers and ban them from striking using the Notwithstanding Clause.

Ford has also promised big daily fines for CUPE’s 55,000 education workers and penalties of up to $500,000 a day for the union if they follow through with the protest. The union, however, has remained firm and has declared the strike will go on beyond Friday if an agreement is not reached.

The Ontario Public Service Employees Union and its 8,000 education workers will be among those joining the CUPE members on the picket lines in solidarity. OPSEU represents education workers such as educational assistants and early childhood educators at several boards in the province.

Schools across Ontario will be closed Friday (some will transition to online learning), though there have been no clear indications of how long the schools would be closed if the strike extends into next week.

Durham District School Board Director of Education Norah Marsh said schools in Durham would “not be able to operate” without the education workers on the job, citing health and safety reasons.

“We recognize how disruptive it is when schools are closed,” Marsh said in a message to parents and students. “As this situation continues to evolve, parents/guardians should be prepared for all scenarios on Friday and afterwards.”

A statement from the Durham District Catholic School Board declared that teachers will be “reaching out” to students Friday morning to provide them with asynchronous work that can be completed at any time during the day if the walkout takes place.

“We are hopeful that an agreement can be reached as quickly as possible.”