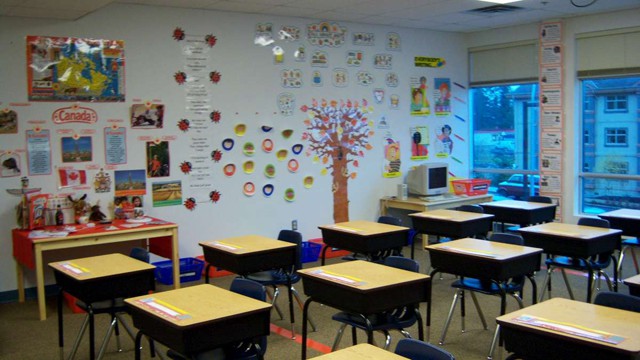 Students, teachers and parents who were worried about the potential closure of vocal music and French classrooms next year were probably relieved to learn that the Peel District School Board trustees recently voted to approve the use of in-year funding to keep some classrooms open during the 2017-18 year.

The board will put forth the use of up to $1 million from in-year savings to provide cleaning services in a maximum of two non-funded, permanent classrooms (or three., in very exceptional circumstances) for the 2017-18 school year at elementary schools that are below their ministry rated capacity.

The affected classrooms were in danger due to the discontinuation of top-up funding for Ontario school boards, a situation that board Chair Janet McDougald wrote to Minister of Education Mitzie Hunter to discuss back in October 2016. The discontinuation resulted in the closure of “empty” (the board’s emphasis, not ours) classrooms during the 2016-17 school year and possible future closures of music and French elementary school classrooms during the 2017-18 year.

“Faced with a $2.8-million cut in funding from the Ministry of Education for the cleaning of schools, trustees directed Peel board administration to use in-year savings and the board’s Working Reserve Fund, if required, to prevent vocal music and French classroom closures in elementary schools this school year,” McDougald said in a statement. “Trustees’ direction of funds is not a long-term solution. For help with that permanent solution, we turn to the ministry.”

The Peel board added that it expects to see further cuts—approximately $2 million—to facility operations for the 2017-18 school year as top-up funding is phased out completely.

“We need the ministry’s help to mitigate these costs next year and in the years ahead by revisiting its definition of a ‘classroom’ and what are considered ’empty classrooms’ with respect to facility operations funding,” McDougald said. “We understand the need to close empty rooms in order to deal with financial reductions and we are doing this where the rooms are genuinely ’empty.’ However, I don’t think any reasonable person would view any of our music and French classrooms as being empty.”

According to the board’s release, they anticipate provincial grant (GSN) announcements and final budget development this spring and trustees are anxious to meet with the minister to discuss the issue.

Closures have been a hot topic in recent months, especially in light of the recent decision to close Gordon Graydon Secondary School.

Since the board is keeping the rooms open with savings, it’ll be interesting to see what financial help, if any, future meetings with the province will secure.