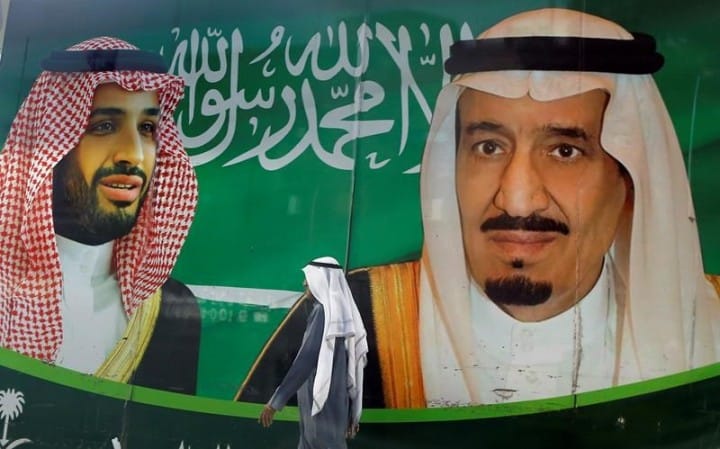 TORONTO — The crown prince of Saudi Arabia sent a hit squad to Canada in an effort to hunt down and kill a former top intelligence official who knows too much, a civil suit filed Thursday in court in the United States asserts.

The 106-page unproven complaint, which reads like a spy thriller, accuses Mohammed bin Salman of orchestrating attempts to silence Saad Aljabri, a permanent resident of Canada.

The document describes Aljabri as a 39-year veteran of the government of Saudi Arabia with expertise in national security and counterterrorism. As such, it says, few people know more about bin Salman than he does, including his allegedly corrupt business dealings and creation of a team of personal mercenaries called the Tiger Squad.

Those mercenaries, the suit states, were behind the killing and dismemberment of Washington Post journalist Jamal Khashoggi at the Saudi consulate in Turkey in 2018.

In addition, Aljabri says he had a close working relationship with American intelligence over the decades. He is, he claims, uniquely positioned to threaten bin Salman’s standing in Washington.

None of the allegations in Aljabri’s claim for damages in United States District Court for the District of Columbia has been tested. Officials with the Saudi embassy in Ottawa did not respond to a request for comment.

Public Safety Minister Bill Blair would not comment on the specific allegations in the lawsuit but said the government was aware of incidents in which foreign actors have tried to monitor, intimidate or threaten Canadians and people in Canada.

“It is completely unacceptable and we will never tolerate foreign actors threatening Canada’s national security or the safety of our citizens and residents,” Blair said in a statement. “We invite people to report any such threats to law enforcement authorities.”

Blair repeated Canada’s condemnation of Khashoggi’s murder and its support for a proper international investigation, saying that’s why Ottawa imposed sanctions on 17 Saudi nationals linked to the killing.

Aljabri, a dual citizen of Malta and Saudi Arabia, fled the kingdom in 2017, first to Turkey and then secretly to Toronto, where he now lives. Bin Salman repeatedly ordered him to return home and threatened via instant messaging to “use all available means” and to “take measures that would be harmful to you,” the complaint states.

“We shall certainly reach you,” bin Salman allegedly insisted.

According to the suit, which also names several top Saudi officials, Tiger Squad members arrived at Toronto Pearson Airport on tourist visas in mid-October 2018, less than two weeks after Khashoggi was murdered.

To cover themselves, they entered through separate kiosks but aroused suspicion after claiming they did not know each other, the suit states. Agents with the Canada Border Services Agency denied all but one of them entry, a squad member travelling on a diplomatic passport, it says.

Aljabri claims a former colleague, Bijad Alharbi, showed up at his Toronto telecommunications company office posing as an investor and tried to persuade him to go to Turkey to visit family. Although he refused, Alharbi had succeeded in pinpointing Aljabri’s location so the Tiger Squad could find him, the suit states.

“Bin Salman now plans to send agents directly through the United States to enter Canada by land and, once and for all, eliminate Dr. Saad,” he says.

As a pressure tactic, the claim asserts bin Salman has ordered the detention and kidnapping of Aljabri’s family members. Two of his children “disappeared” in mid-March and other relatives have been arrested, detained and tortured. He also says Saudi agents hacked his smartphones and froze his bank accounts.

Bin Salman took power in Saudi Arabia after then-crown prince Mohammed bin Nayef was ousted in 2017. Human rights groups accuse him of bloody ruthlessness, including the killing of Khashoggi, whose body has never been found.

The lawsuit also names Bader Alasaker, the head of bin Salman’s private office. It accuses him of recruiting, training and bribing U.S.-based employees of Twitter to obtain confidential information about critics of bin Salman in the United States, now subject of criminal proceedings in the U.S.

Aljabri’s American lawyers would not discuss the case, saying they would make arguments in court.