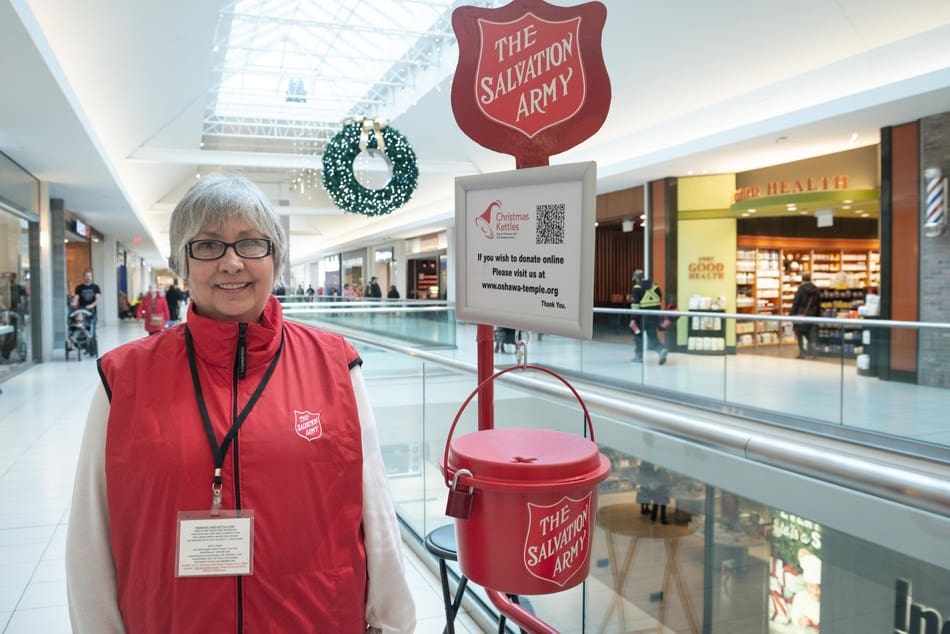 You know the holiday season is fast approaching when you see people wearing the Salvation Army’s red sweaters standing next to a donation bucket in grocery stores and malls around the city.

This week, the organization has begun its annual “Christmas Kettle Campaign” intended to raise money for the millions of families living in poverty across the country—according to a news release, one in seven Canadians live in poverty.

The Salvation Army utilizes the money donated during this time of year to provide food, clothing, and shelter to people in need.

This year, the organization aims to raise $21.6 million, which will go towards providing assistant to people in 400 communities across the country.

The money will also allow the Salvation Army to continue to fund its social programs, that include substance abuse recovery, housing supports, job and skills training, and budgeting and education classes—which are intended to help people permanently get out of poverty.

Last year, the Salvation Army managed to raise enough money to provide 3.4 million free meals to those in need, provide 261,000 people with Christmas food hampers and toys, and provide food, clothing, or practical help to more than 1.1 million people.

“The Salvation Army believes that everyone needs an army and that people need to know they are not alone in their struggles,” Lt-Colonel John P. Murray, territorial secretary for communications for the Salvation Army, said in a news release.

“For more than 135 years, and through the generosity of our donors and volunteers, the Army has restored hope and dignity to hundreds of thousands of Canadians,” he continued.

With donation boxes at more than 2,000 locations across the country, the campaign wouldn’t be possible without the help of the kettle workers who are all volunteers.