Sale Prices Down Yet Again in Canadian Housing Market 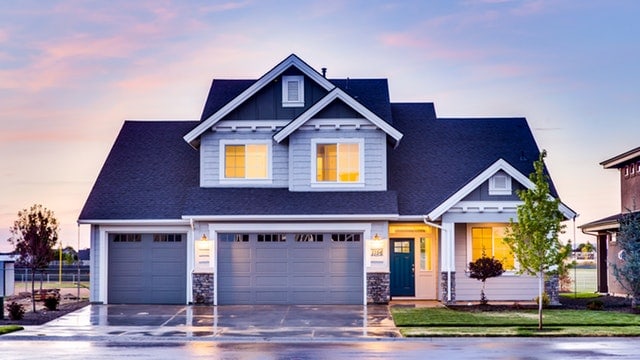 Canadian homes sales are continuing to fall across the country.

Statistics released on May 18 by the Canadian Real Estate Association (CREA) show national home sales fell from March to April 2018.

National home sales fell 2.9 per cent from March to April  to the lowest level in more than five years. About 60 per cent of all local housing markets reported fewer sales, led by the Fraser Valley, Calgary, Ottawa and Montreal.

Actual (not seasonally adjusted) activity was down 13.9 per cent from April 2017.

Activity was below year-ago levels in about 60 per cent of all local markets, led overwhelmingly by the Lower Mainland of British Columbia and by markets in and around Ontario’s Greater Golden Horseshoe (GGH) region.

“The stress-test that came into effect this year for homebuyers with more than a 20 per cent down payment continued to cast its shadow over sales activity in April,” said CREA President Barb Sukkau. “Its impact on housing markets varies by region.”

Apartments again posted the largest year over year price gains in April (+14.7%), followed by townhouses (+6.5%). In contrast, one-storey and two-storey detached home prices were down (-1.1% and -4.8% respectively).

These numbers are coming after a number of federal measures to regulate the housing market.

The number of newly listed homes declined 4.8 per cent from March to April.

With sales having fallen by less than new listings, the national sales-to-new listings ratio went up to to 53.7 per cent in April compared to 52.6 per cent in March. The long-term average for the measure is 53.4 per cent.

The national average sale price declined by 11.3 per cent from last April. 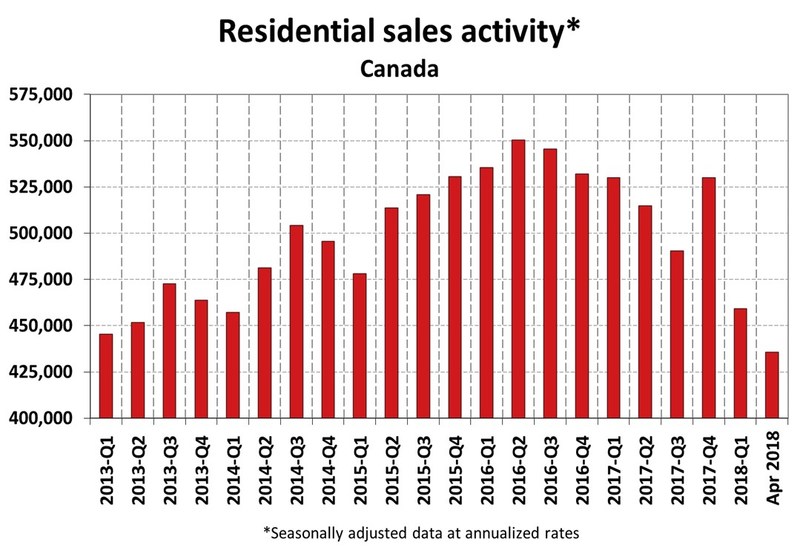