Rollover Crash Leaves at Least One Person Injured in Mississauga 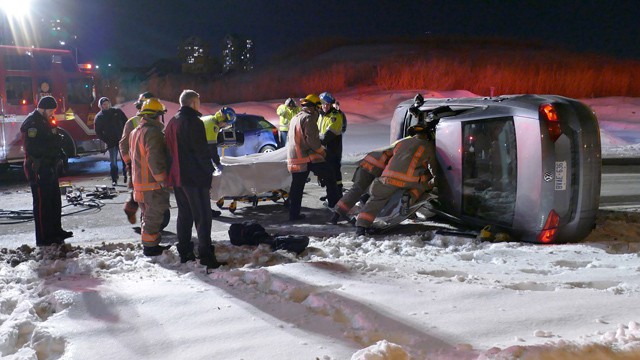 A rollover collision in Mississauga has left at least one person injured.

Around 7:30 p.m., emergency crews responded to a rollover crash in the Hurontario and Armdale area. A source told insauga.com that fire crews noticed a person was trapped in the vehicle upon arrival and cut the roof off the car to allow at least one occupant to escape through the opening.

One male was treated by Peel paramedics at the scene.