Robbery Suspects With a Knife on the Loose in Mississauga 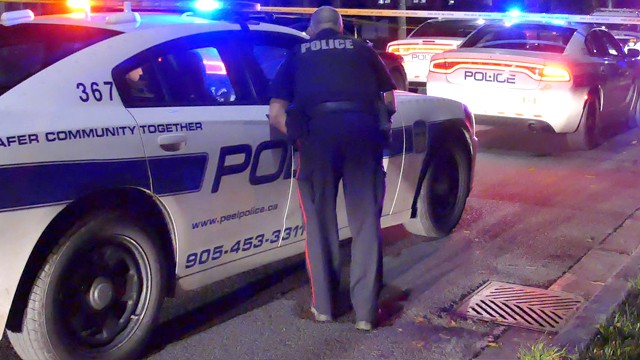 Police are on the lookout for two robbery suspect in Mississauga.

The robbery happened Friday night just past 11pm in the Seagull Drive and Kelly Road area in Clarkson.

The suspect allegedly brandished a knife.

The robber then fled the scene on foot, heading west on Glenn Hawthorne.

If you have any information on the incident or the whereabouts of the suspect, please contact police at 905-453-2121 (ext. 3410). You can also leave information or tips anonymously by calling Peel Crime Stoppers at 1-800-222-TIPS (8477), or through their website, www.peelcrimestoppers.ca.

UPDATE: One male has been arrested.