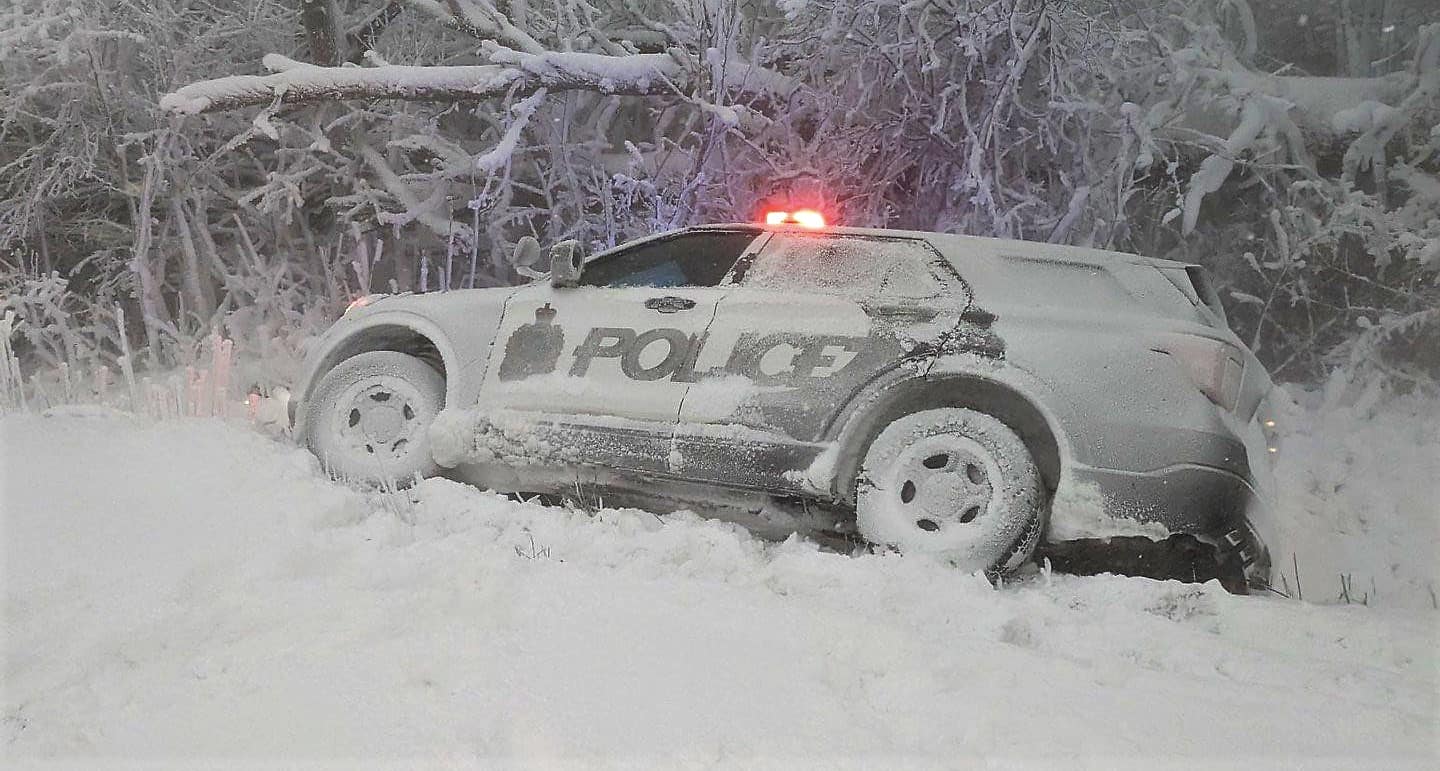 The Niagara Police officer who went to help a person stranded at a mall needed help himself as he, too, found himself in a ditch. (Photo: NRPS Twitter)

There are still pockets in Fort Erie, Port Colborne and Wainfleet digging out after the pre-Christmas blizzard slammed them hard, leaving dozens still without power.

Drifts remained so high that snow plows couldn’t see stranded cars and accidentally pushed them to the side of the car, scraping them with the sharp edge of the blade.

Both Fort Erie and Port Colborne got some help as both St. Catharines and Niagara Falls spared some of their plows to help out their neighbour on the southeast. In fact, help came from even farther away.

The Town of Fort Erie announced today, “As of noon of Mon, Dec 26, 2022, there are 26 total pieces of equipment working throughout the town to clear roads. CNP (Canadian Niagara Power) has received assistance from as far as Sudbury and Cornwall. They have 61 combined (including local) crews working to restore power.”

Niagara Power Company also posted today at noon, “There are still large pockets of customers without power. 65 active Line staff and support contractors deployed in Fort Erie and Port Colborne. We will be providing location specific information once status updates come back from the field.” 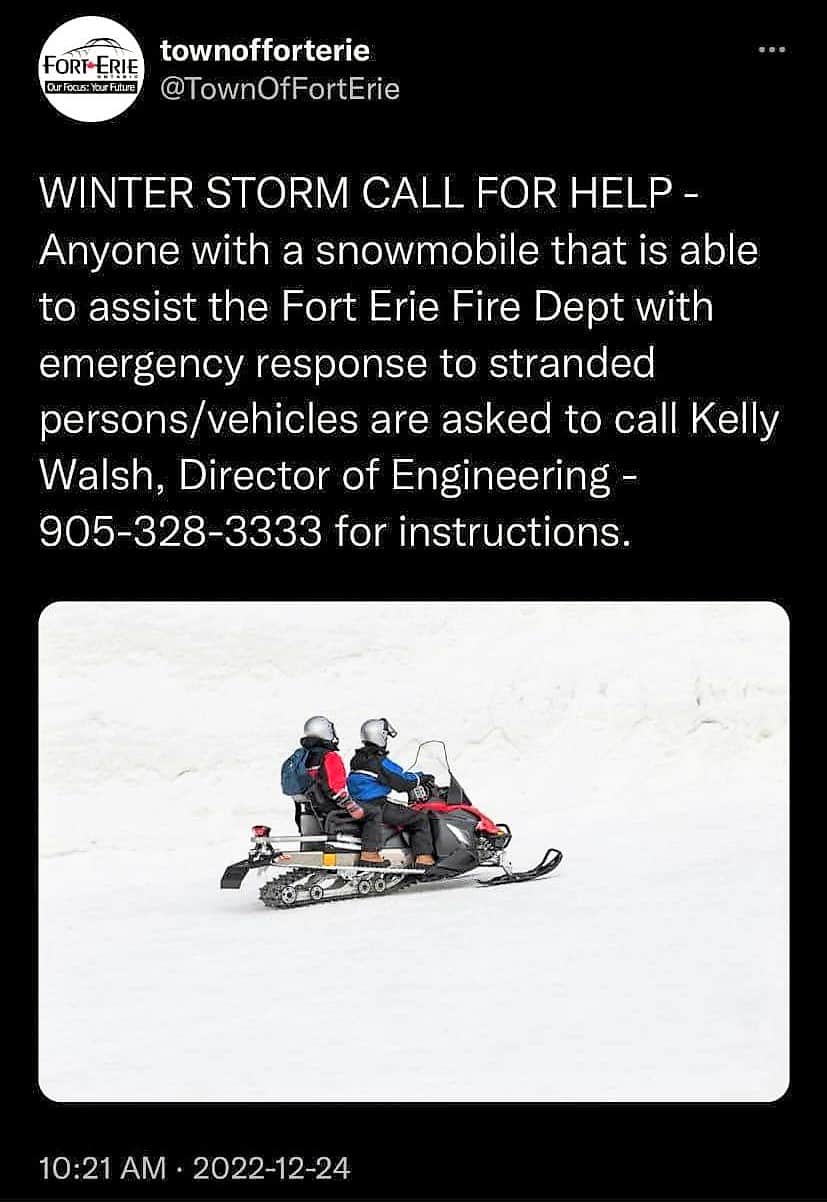 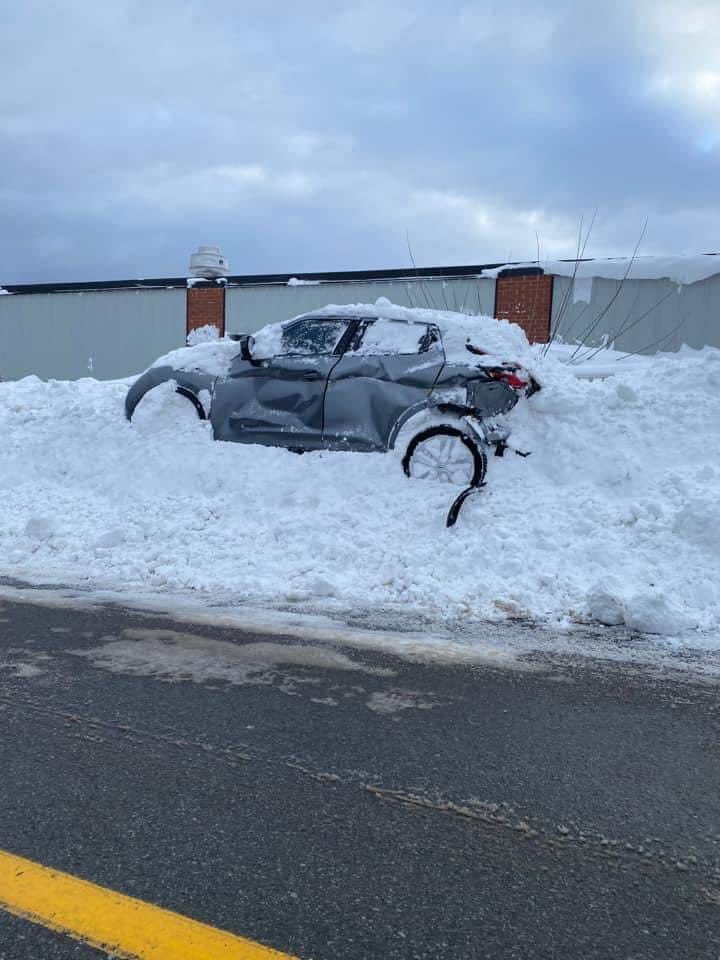 On Christmas Eve, the Town of Fort Erie put out the call for snowmobilers to help stranded drivers stuck in their cars on roads that were safe to drive. On the right, the snow drifts on Fort Erie and Por Colborne roads were so high, the folks driving plows couldn’t even see stranded cars and pushed them aside, too. (Photos: Twitter)