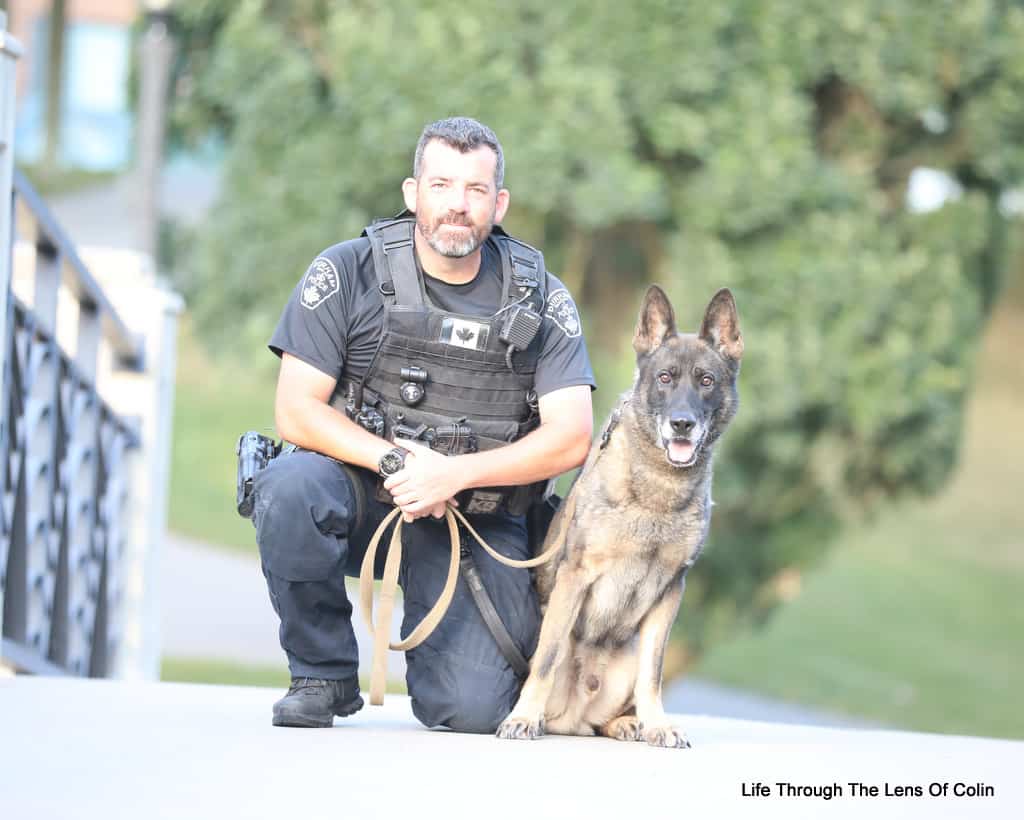 When Durham Police star tracker Riot and his handler collared an armed suspect in Ajax Tuesday morning, it turned out to be the last K9 capture in either of their careers.

Riot’s handler, Detective Constable Jeff Burns, has retired from the K9 Unit after 12 years to take “the next step” in his policing career. Riot, meanwhile, is retiring with Burns, hopefully to put his paws up and enjoy a life of steak dinners and regular scratches.

Both officers were part of Durham Police’s K9 Unit in 2019 when the unit was honoured by the Ontario Police Association as the Police Hero of the Year.

Riot certainly ended his career with a bang, or rather, his efforts prevented any ‘bang’ from taking place.

Det/Cst Burns and Riot had responded to a break-and-enter in progress in Ajax in the wee hours of Tuesday morning and Riot was able to track the suspect – who was armed with a gun – and bring him down for his handler to make the arrest.

The suspect suffered a minor bite wound for his trouble.