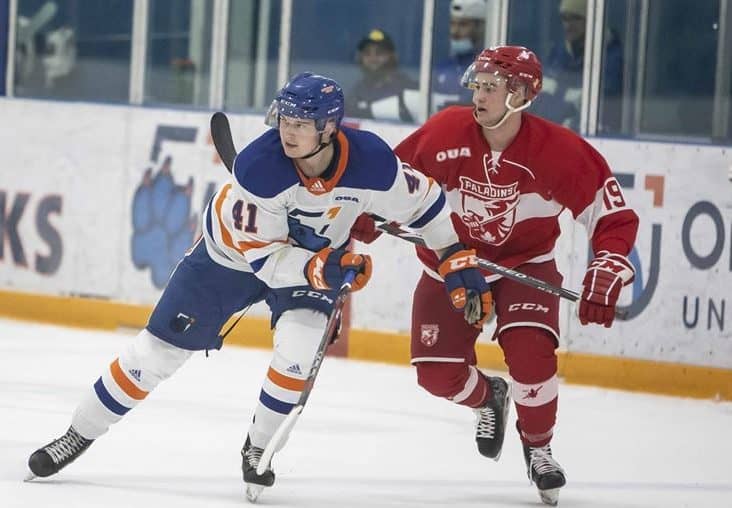 You could say it was a series of teaching moments for the student-athletes on Ontario Tech University’s men’s and women’s basketball teams when they hosted the Ottawa Gee-Gees for a pair of back-to-back encounters on the court this weekend.

The men’s hockey team had their own education on the ice, but that was more of a reminder of what happens when you run into a hot goalie as the Ridgebacks split a home-and-home series against RMC Carabins.

The hockey Ridgebacks went into Kingston Friday night and outshot the Carabins 28-23 but couldn’t solve Joey May, falling 2-0. They got their revenge the next night at the Campus Ice Centre in Oshawa, overwhelming RMC 7-3.

OTU staked themselves to a 5-0 lead by the midway point of the middle stanza Saturday – thanks to a hattrick from Jack Patterson, who added two assists for an OTU record five-point night – and went on cruise control the rest of the way. Other Ridgeback scorers were JC Thivierge, Andrew Suriyuth, Andrew Eastman and Evan White. 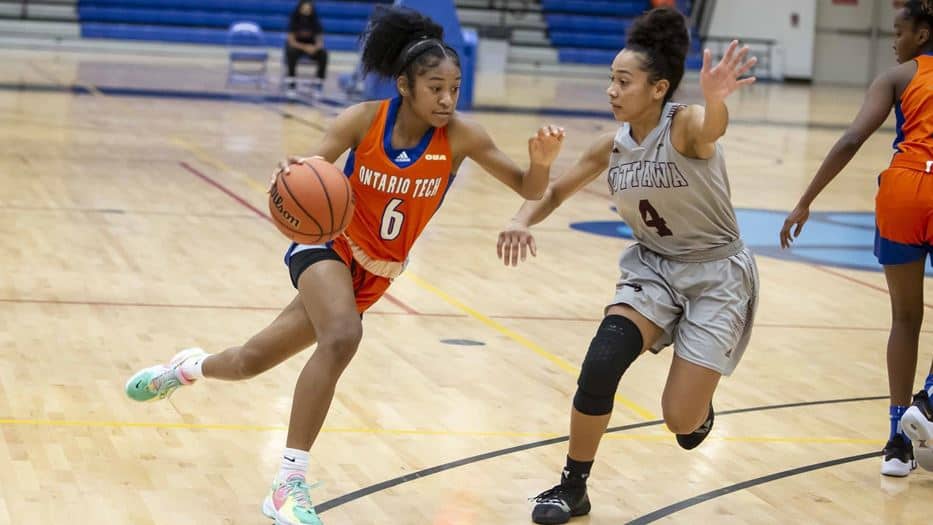 It was a little more difficult – okay, a lot more difficult – on the court for the hoopsters, who were outscored by a combined score of 163 points over the four games against Ottawa, with all games played in Oshawa.

The Gee-Gees are a perennial powerhouse in the sport, with the men’s team currently ranked third in the nation and the women’s squad sixth.

In men’s action, Ottawa led 28-12 after one quarter and cruised to a 100-59 victory Friday night, with Cole Newton (Ottawa) and Anthony Pate (OTU) leading all scorers with 16 points each. Not much changed the next night, with Ottawa going on a 15-0 run to start the game before winning 94-50. Maxime Bouisiquot led the Gee-Gees with 15 while Patrick Oliver-Mpoyi had ten for the Ridgebacks.

The women’s match Friday wasn’t pretty, with the Gee-Gees scoring the first 14 and leading by as much as 52 in the third quarter before winning 101-52. Saturday’s game was a lot closer, with Ottawa winning by 29, 81-52.

Brigitte-Lefebvre-Okankwu was the Gee-Gee star in both games, scoring 18 and 32 points and adding 14 boards in the second match as well. Vanessa Buidmunda topped OTU scorers Friday with 16 points while Dalyssa Fleurgin scored a team-high 12 Saturday night.

In other Ridgeback news women’s soccer goalkeeper Alicia Chisolm, the team’s all-time save leader with 149 over two seasons, was named to the 2021 OUA East Division All-star team. Chisolm recorded three wins and made 82 saves in nine games for the Ridgebacks this season. 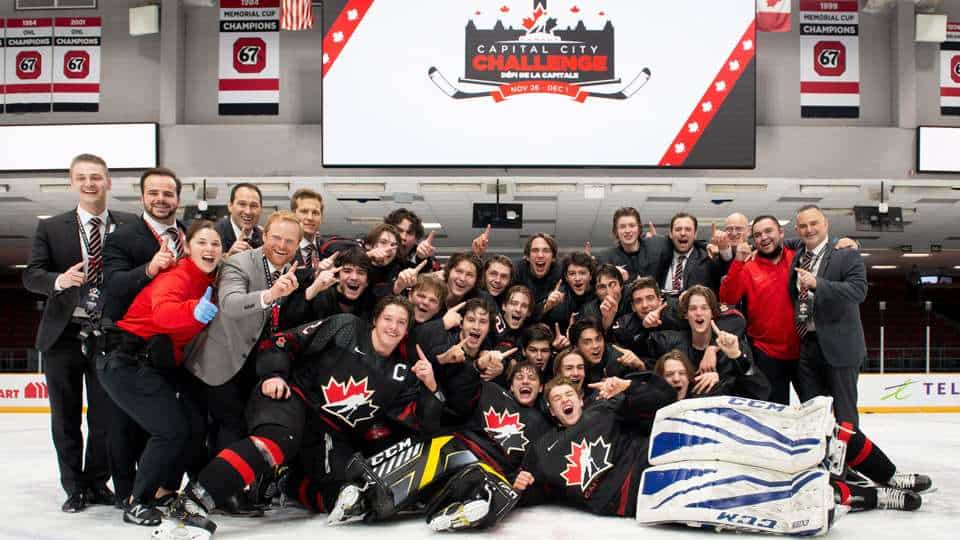