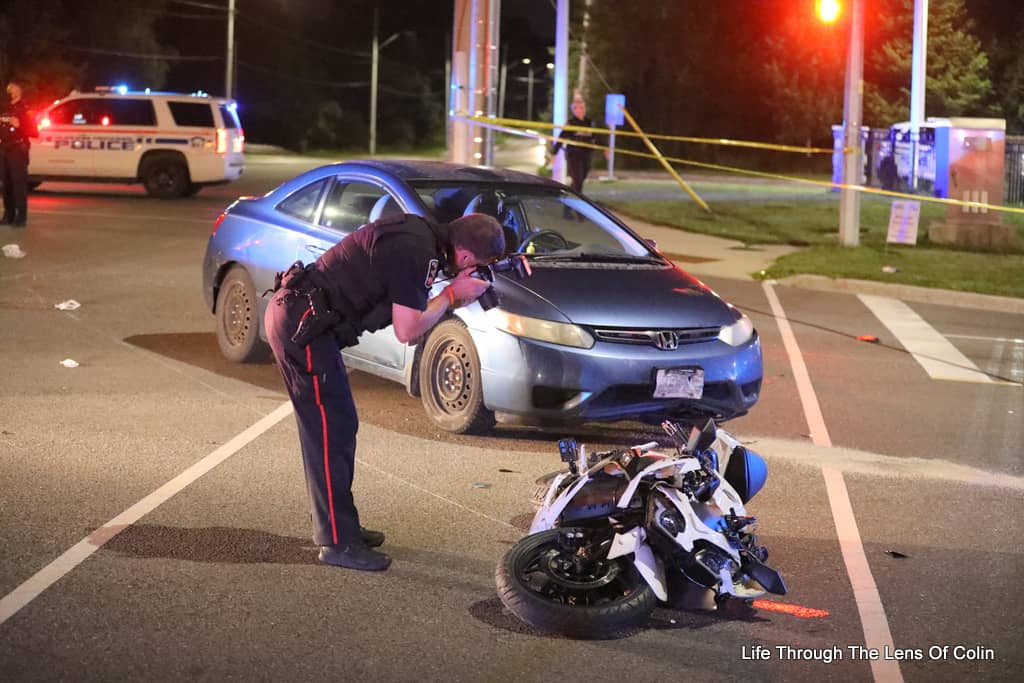 An E-Bike collided with a Honda Civic early this morning in Whitby, with the rider transported to Sunnybrook Hospital in Toronto for precautionary reasons.

There has been a rash of motorcycle accidents of late, with the rider always getting the worst of the collision and usually ending up in a trauma centre with serious injuries.

This accident happened just after midnight this morning at Jeffery and Dundas streets.

The 41 year-old driver of the Honda has been charged under the Highway Traffic Act.