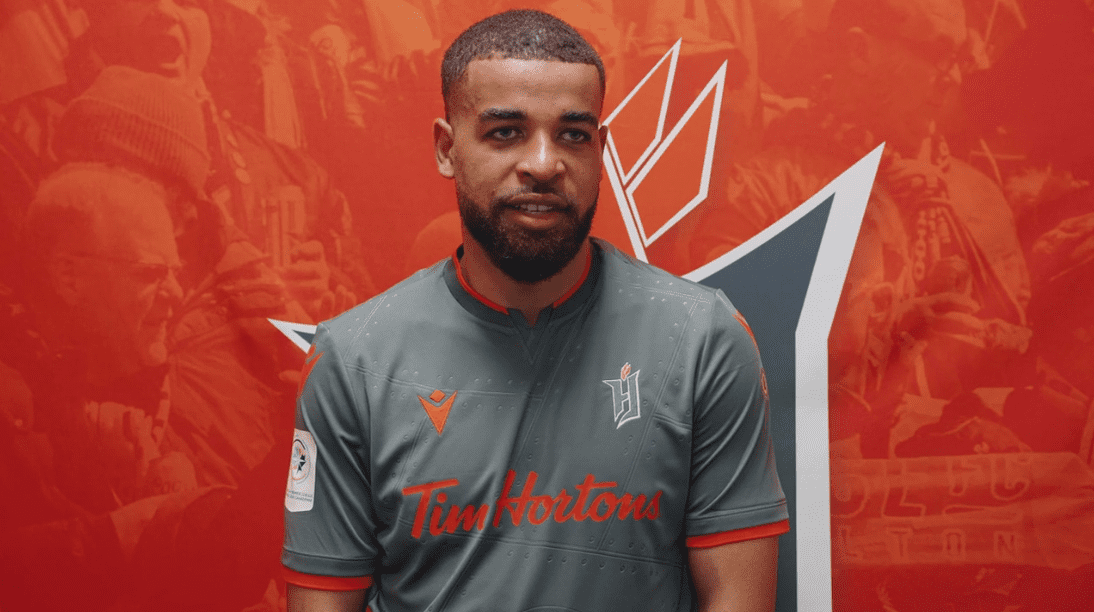 Forge FC got a little more Hamilton on Friday.

The 26-year-old Scarborough native boasts an impressive resume that most recently includes a stint with Irish club Sligo Rovers FC, where he scored two goals and added two assists in 13 appearances.

“We are very happy to welcome Jordan to our club, “ said Costa Smyrniotis, Forge FC’s director of football. “He is a quality player we know quite well, who will strengthen an already solid attacking group as we head into the back half of our season.”

Hamilton made 66 appearances for Major League Soccer’s Toronto FC and won a pair of MLS Cups — one with Toronto in 2017 and another in 2020 with Columbus Crew. He’s also suited up for Canada at the youth and men’s levels.

Soccer fans in other areas of the country expressed their displeasure on social media after learning that the CPL’s most dominant club has gotten even stronger.

Not sure if @gusmcnab is working on Dwight Yorke to @yorkutdfc 😀

This another key signing for Forge & the league as the player chooses an environment & coaching staff he believes can get the best out of him at a crucial time in his career. https://t.co/8VSPjUBbPh

The Simpsons reference is from the episode Homer at the Bat. The Springfield Nuclear Power Plant softball team, led by Homer, has a winning season and makes the championship game. Mr. Burns, Homer’s boss, makes a large bet that the team will win and brings in nine ringers from Major League Baseball to ensure his success.

Forge FC has regained its form — and then some — after a slow start to their CPL campaign.

Not a bad problem to have if you’re Forge head coach and technical director Bobby Smyrniotis.

The club sits atop the overall table and has scored 37 goals while allowing 14 against — good for a plus-23 differential. The next best differential is owned by Cavalry FC at plus-7.