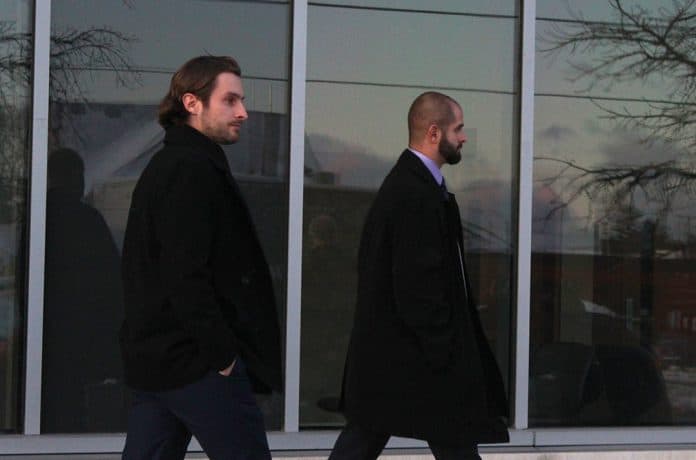 An independent review conducted by Waterloo Police has found the Toronto Police Service erred in its failure to notify the Special Investigations Unit of Constable Michael Theriault’s assault on Dafonte Miller nearly five years ago, an attack which cost Miller his eye.

Theriault, then off-duty, attacked Miller the night of December 28, 2016, claiming during his trial that he caught Miller stealing change from a truck parked in Miller’s driveway. Miller denied this assertion saying he and his friends were simply walking down the street.

Theriault, who was visiting his parent’s home in Whitby for Christmas, and his brother Christian then chased Miller from the home. Theriault failed to declare himself as a police officer during the roughly 150 meter chase, saying at his trial, “My only thought was to apprehend the suspect.”

The judge on the case, Joseph Di Luca considered this, “inconceivable,” running counter to Theriault’s police training. “To be blunt I would have expected the first thing out of Michael Theriault’s mouth as he was chasing Mr. Miller while wearing only socks would have been “Stop. You are under arrest. I’m a police officer,” or words to that effect.”

This failure to identify himself later became central in the Waterloo report. “An off-duty police officer remains a peace officer and although there was no information that Michael Theriault told Mr. Miller he was a police officer at the time of this incident, he had to have been viewed as having otherwise engaged his oath of office by making an arrest.”

After the chase, Theriault cornered Miller in the side-yard of a nearby home and the men got into a physical altercation. During the altercation a metal pole was introduced to conflict, with both sides professing very different origins for it.

The prosecution argued Theriault brought it from his garage before giving chase, while the defense argued Miller had somehow ripped it off the wall of the house.

At some point Theriault’s brother, Christian, caught up with Michael and Miller. Miller tried to flee banging on the front door of the home. Both brothers were seen beating Miller, stabbing down with the pipe, by James Silverthorn, a Toronto district Fire Chief who lives in the area, according to testimony.

Miller suffered a broken jaw, a broken arm and a ruptured left eye in the attack. Surgery to save the eye failed, leaving Miller blind in one eye.

Michael’s aggravated assault charge was knocked down to simple assault, for which he was convicted. He was acquitted of obstruction of justice charges tied to alleged attempts to hide the pipe. Christian was acquitted of all charges.

Michael is currently serving a nine-month sentence for assault after his appeal was rejected by the Supreme Court.

When Durham Regional Police officers arrived on the scene, Michael Theriault identified himself as a cop to them. However the SIU, was not notified by either DRPS of TPS. It was Miller’s lawyer, Julian Falconer that reported the assault months afterwards.

Falconer alleges a cover-up of the assault from within TPS. “For 5 months Chief [Mark] Saunders was kept in the dark about the vicious assault.”

An Office of the Independent Police Review Director (OIPRD) report released in August 2020, found the SIU was not notified because Theriault was off-duty at the time and made a citizen’s arrest against Miller.

Toronto Police SIU liaison Inspector Edward Boyd and Inspector Peter Moreira argued Theriault had not put himself on-duty since he didn’t identify as police or use police equipment.

It was this decision that prompted Waterloo Police to be brought in four years ago to undertake an independent review, with their findings released Tuesday.  They found that even if Theriault did not declare he was a police officer “if the officer exercises any of those powers, they do so as a police officer, and arguably put themselves on-duty, as well.

Boyd has since retired and as a result is, “no longer governed” by the Police Service Act according to Toronto Interim Chief James Ramer. No action was taken against Moreira since he worked under Boyd.

However, Toronto Police has said it will act on recommendations to include off-duty interactions as reportable to the SIU, and training staff regarding the new procedures.

Michael Theriault remains behind bars. Toronto Police has served him notice of a Police Board hearing to remove him from the force.