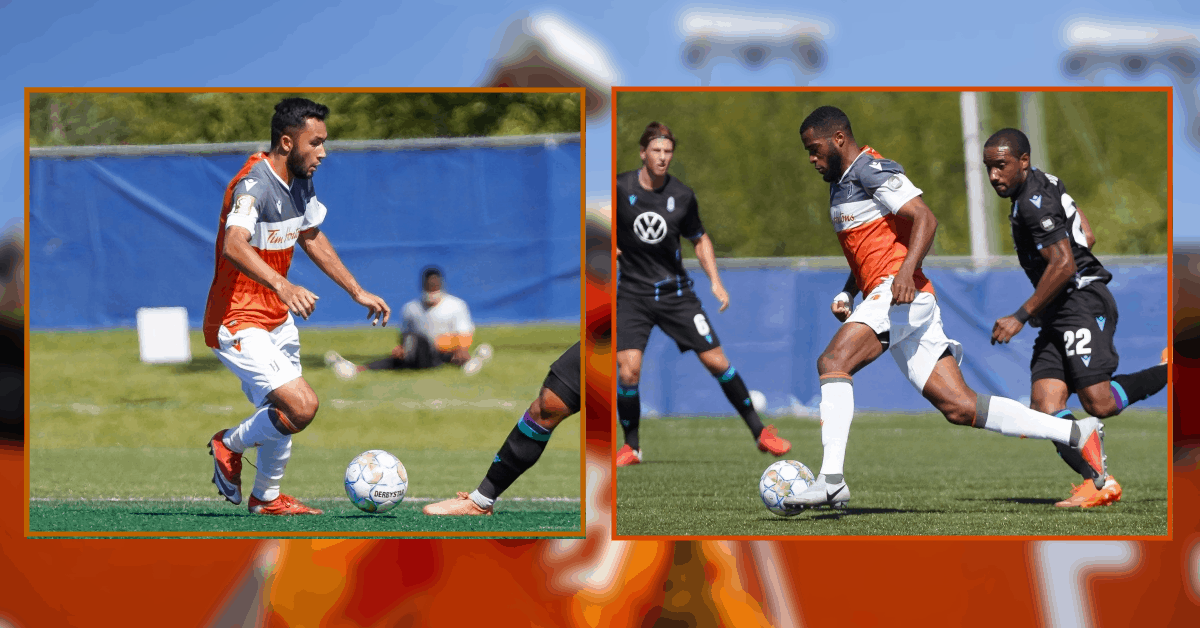 Forge FC Hamilton announced Thursday (Feb. 11) the team has re-signed forward David Choinière and defender Johnny Grant to new multi-year deals keeping them in Hamilton at least through the 2022 season.

Both players were integral members of the club’s back-to-back Canadian Premier League championships in 2019 and 2020.

Choinière, 24, has made 38 total appearances for Forge FC over two seasons (2019-20), including 29 in CPL play, seven in Concacaf League and two Canadian Championship matches, registering six goals and five assists overall. Prior to Forge, the 5-7 native of Saint-Jean-sur-Richelieu, Quebec made five appearances, including one start, over three seasons (2016-18) with Major League Soccer’s Montreal Impact, now known as CF Montreal.

In 2016, he also suited up for FC Montreal in the United Soccer League and received the Fédération de Soccer du Québec (FSQ) Male Senior Player of Excellence award.

Internationally, Choinière was called up by Canada’s national soccer team during a friendly against Jamaica in 2017 but did not play. Prior to turning pro, Choinière joined the Montreal Impact Academy in 2011, playing with the U-15, U-16, U-18 and U-20 teams. He made his debut in the Canadian youth program in 2012 at the Copa de México de Naciones.

Grant, 27, has made 23 total appearances for Forge FC over two seasons (2019-20), including 17 in CPL play and six in Concacaf League, registering one goal and one assist overall.

The 6-1 native of Pickering, Ontario has also spent time with Nyköpings BIS in Sweden (2018), two seasons with Sigma FC in League1 Ontario (2014, 2017) where he earned League1 Ontario Defender of the Year honours and League1 Ontario First Team All Star status in 2017, and the Swope Park Rangers (2016) and FC Montreal (2015) of the USL.

Grant was called up by the Canadian Men’s National team in 2015 under Benito Floro but did not see game action. In the same year he also represented Canada at the U-23 level at both the Pan-American Games in Hamilton and Olympic Qualifiers in the United States.