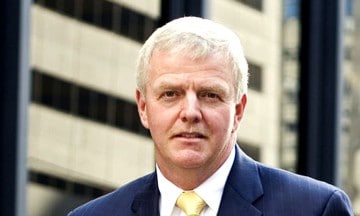 The head of Ontario’s COVID-19 vaccine task force will be leaving the job this month, ending a tenure that was marked by delays and confusion over the province’s immunization effort.

Premier Doug Ford said Monday that retired general Rick Hillier will step away from the role when his contract expires on March 31 after turning down a request to stay on.

Ford said Hillier had taken the job as a short-term appointment during which he was to help the province set up its vaccine distribution network.

“I think I’m going to put a ball and chain around his ankle to keep him,” Ford said, thanking Hillier for his work.

“I tried to get him to renew (his contract) but, as he said, ‘Doug, I did the job I came for, we got everything set up.’”

Ford said Hillier’s recent statement that every Ontarian should have their first dose of the vaccine by June 20 remains the government’s target.

The premier also once again said the success of Ontario’s plan depends on supplies provided by the federal government.

“We need a consistent supply of vaccines, that’s the challenge we have right now,” he said.

A spokeswoman for Ford’s office added later Monday that Hillier’s work overseeing the set up of the vaccine rollout is done.

Ontario launched its vaccine booking portal and call centre Monday to ramp up a rollout that has been criticized as sluggish and poorly communicated.

Hillier, who previously served as the chief of defence staff of the Canadian Forces for three years, was appointed to lead the vaccine rollout in November.

Ford said at the time that the deployment of vaccines would require an expert in logistics, making Hillier’s appointment important.

A month later, Ontario was criticized for pausing its vaccine rollout over the Christmas holidays, a move Hillier was forced to defend. He conceded that “in hindsight, it was the wrong decision.”

The province has since been slammed for not launching its vaccine booking portal earlier, and for failing to provide clear and timely updates on its ever-changing vaccine rollout plan.

Liberal Leader Steven Del Duca said the buck must stop with Ford, not Hillier, when it comes to the shortcomings of the province’s immunization strategy.

“Ontario’s botched vaccine rollout has solely been a product of Doug Ford’s incompetent leadership, and now he has one less person to blame it on,” he said in a statement.

“It’s on Premier Ford to roll out a clear and transparent mass vaccination plan and strengthen the booking system so that we can get all Ontarians in vulnerable situations and essential workers vaccinated as quickly as possible,” he said.